iOS 15 portrait video and audio effects can be enabled in third-party apps like Snapchat, not just FaceTime 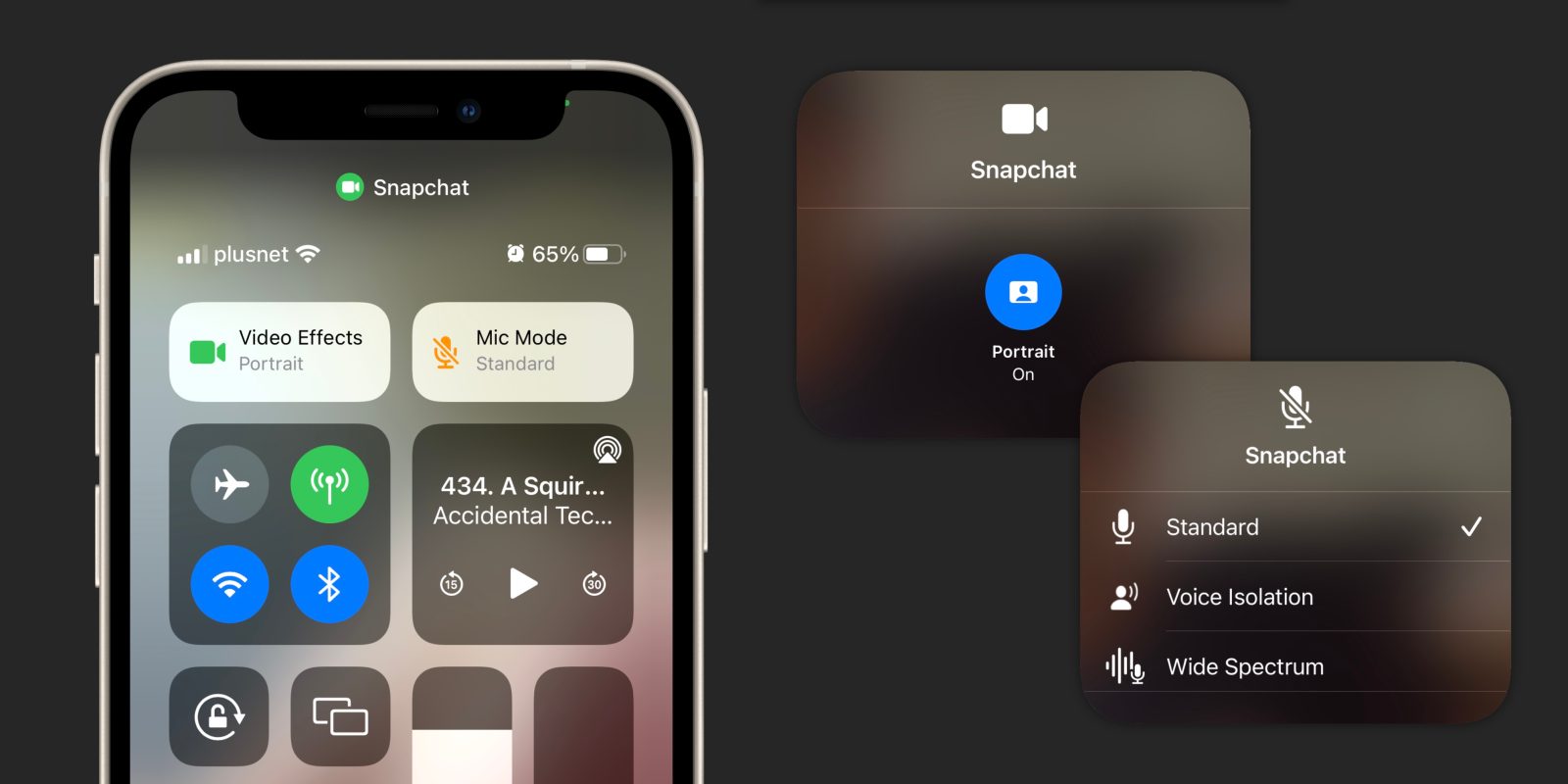 In the keynote, these features were presented as being available inside of FaceTime. It turns out that Apple has implemented these effects system-wide and are automatically available for third-party apps too, like when taking a photo in Snapchat or having a video call in Zoom.

When in a third-party app that is using the video camera, these effects are exposed through panels in Control Center.

For instance, when using Snapchat on an iPhone using iOS 15, swipe down from the top of the screen to reveal Control Center. It will have two contextual panels at the top, one for Video Effects and one for Mic Mode.

In Video Effects, Portrait mode can be turned on. This isolates your face and body and applies a background blur effect to everything else in the frame, similar to taking a Portrait photo in the main Camera app.

The Mic Mode options include Standard, Voice Isolation, and Wide Spectrum. Voice Isolation attempts to remove environmental noise distractions and concentrate on the user’s speech. In contrast, Wide Spectrum incorporates more of the ambience for a more relaxed and natural sound.

These features are part of iOS 15, which is currently in developer beta. iOS 15 will be available to everyone in the fall.