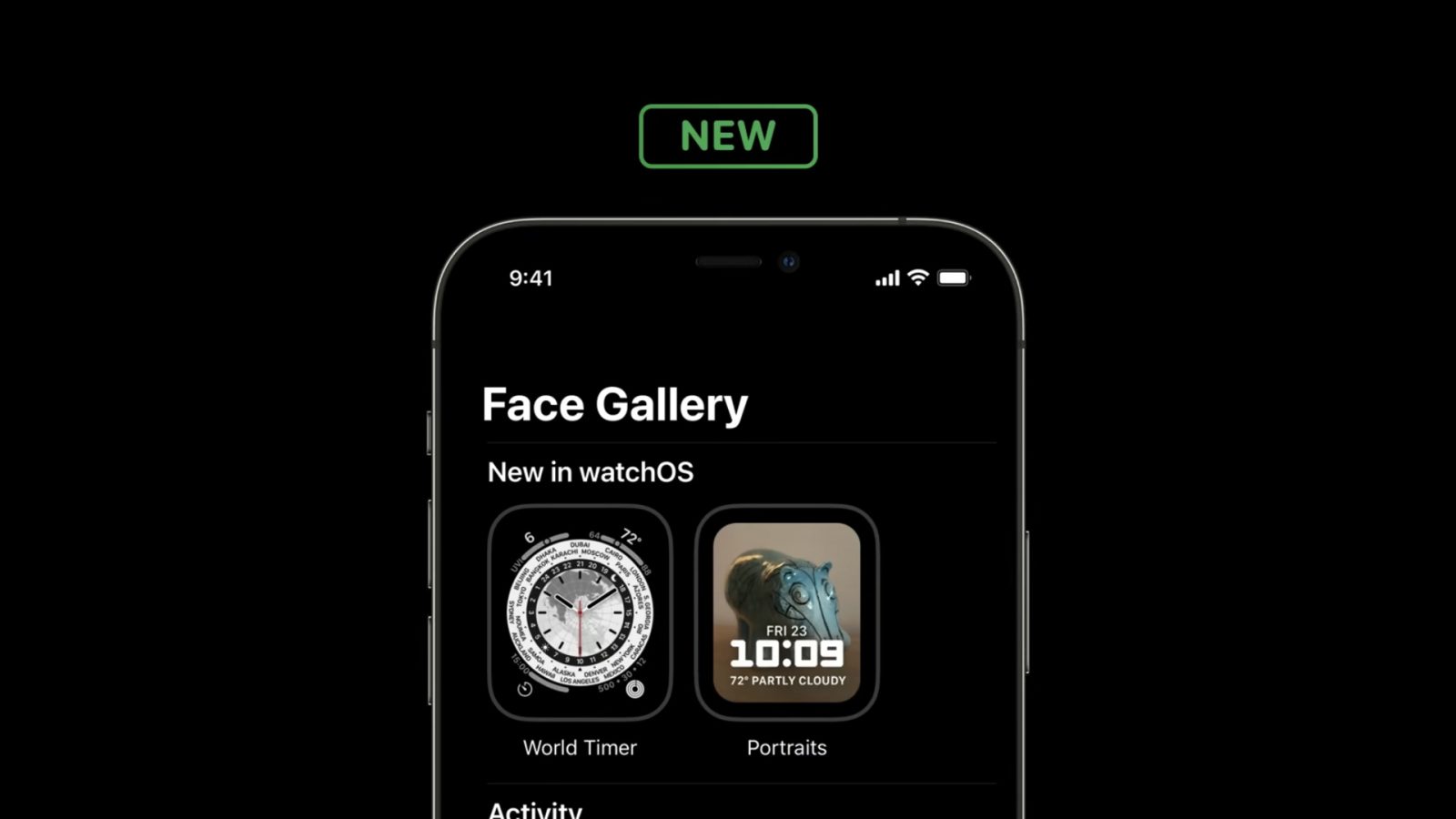 With watchOS 8, Apple has announced some new features for Apple Watch users, including a new Mindfulness app, photo sharing, and more. Usually, every new watchOS comes with new watch faces, but this year, Apple has only shown one new watch face — Portraits. However, one of the WWDC 2021 sessions revealed that there’s another new watch face that hasn’t been announced by Apple, this one called “World Timer.”

During the “What’s New in UIKit” session that highlights the latest updates and enhancements to the iOS user interface framework, Apple shows a screenshot of the Watch app in one of the demos. Interestingly, this screenshot reveals a new watch face never announced by the company.

It’s unclear whether this World Timer watch face wasn’t finished in time for watchOS 8 beta 1 or whether Apple plans to release it later this year with the next-generation Apple Watch and the official release of watchOS 8.

Last year, Apple revealed only two new watch faces for watchOS 7 at WWDC 2020 and held back other new ones for the September event. This could indicate a new strategy by the company to just unveil the new watch faces with the announcement of a new Apple Watch model instead of introducing them at a developer event, similar to when the final iOS releases bring even more new wallpapers.

watchOS 8 beta is now available for developers, while a public beta will be released in July. The final release is expected later this year.