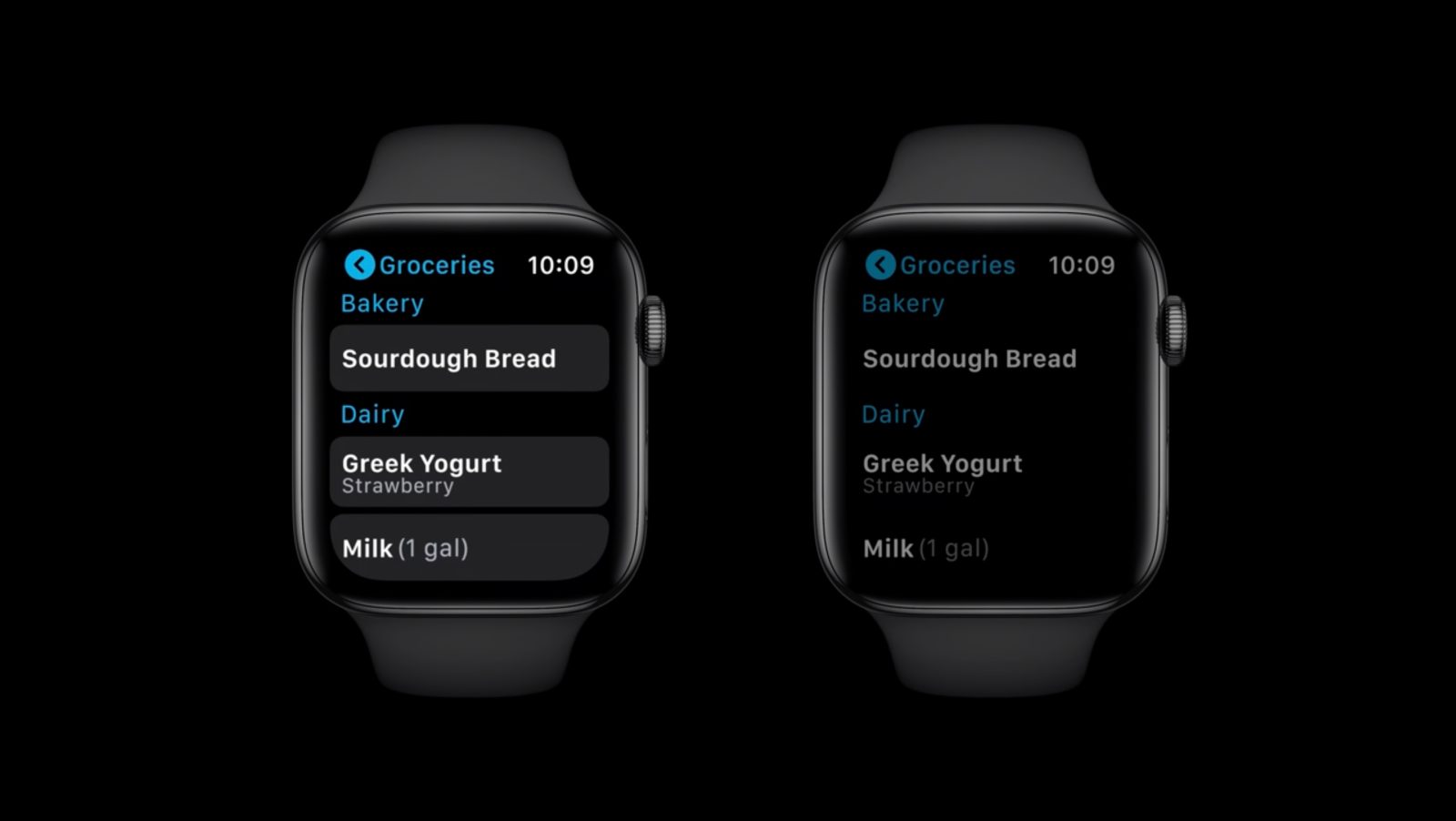 watchOS 8 didn’t receive as much focus during Apple’s WWDC keynote as other platforms, but there are still notable new features coming to Apple Watch users this year. Perhaps most notably for some users, watchOS 8 includes new built-in applications that take advantage of the always-on display used on the Apple Watch Series 5 and later. There is also a new way for developers to tap into the always-on display.

When the Apple Watch always-on display first launched, a handful of built-in watchOS applications were updated to take advantage of the new technology. For instance, the Workouts application shows a dimmed view of your progress when your wrist is down. Other applications, however, get a blurred interface that only shows a digital clock.

Perhaps even more notable than the new Apple apps taking advantage of the always-on display, Apple is also making a new API available to developers. As detailed in a session on what’s new in watchOS 8, apps built with the watchOS 8 SDK will now show an app’s UI in a dimmed state instead of the previously used blur and digital clock.

Developers can specify which portions of their app need frequent updates versus which remain static. There are also ways for developers to give more prominence to certain display elements.

The Always-On Display is supported on Apple Watch Series 5 and 6. In watchOS 7, the always-on state showed your app’s UI blurred with the time overlaid. When you rebuild your app with the watchOS 8 SDK, your app’s UI will now be shown in a dimmed state instead and is immediately interactive if someone taps the UI.

If you have secondary text, images, or fills, you can further dim them yourself to give more prominence to the piece of information you want to stay highlighted and visible.

If your UI has large elements that are filled with color or imagery, you may want to reduce those elements to be represented with a stroke or dimmed color, again maintaining the UI’s grounding but allowing your highlighted information to still be visible.

Apple applications can also adopt this new design, such as the Workouts app seen here:

In practice, these changes make the always-on display on Apple Watch immensely more useful. I’ve only been using watchOS 8 for 24 hours, but I’ve already grown fond of the new always-on support for the Apple Music and Apple Maps application. The blurred background + digital clock interface always felt like a major limitation, and I’m glad to see it’s something Apple is conquering with watchOS 8 this year.

But there’s more to this change too: when the interface is dimmed, you can now tap on the display and the touch response is immediate. For instance, if the Apple Music always-on is dimmed, you can tap the play button and the response is immediate. In previous versions of watchOS, you’d have to tap once to wake the display, and again to actually interact.

Once watchOS 8 is released this fall and third-party applications implement this feature, the always-on display on the Apple Watch Series 5 and newer will become dramatically more powerful. What are you looking forward to trying? Let us know down in the comments!