Comment: Despite what Apple says, my next computer won’t be an iPad Pro 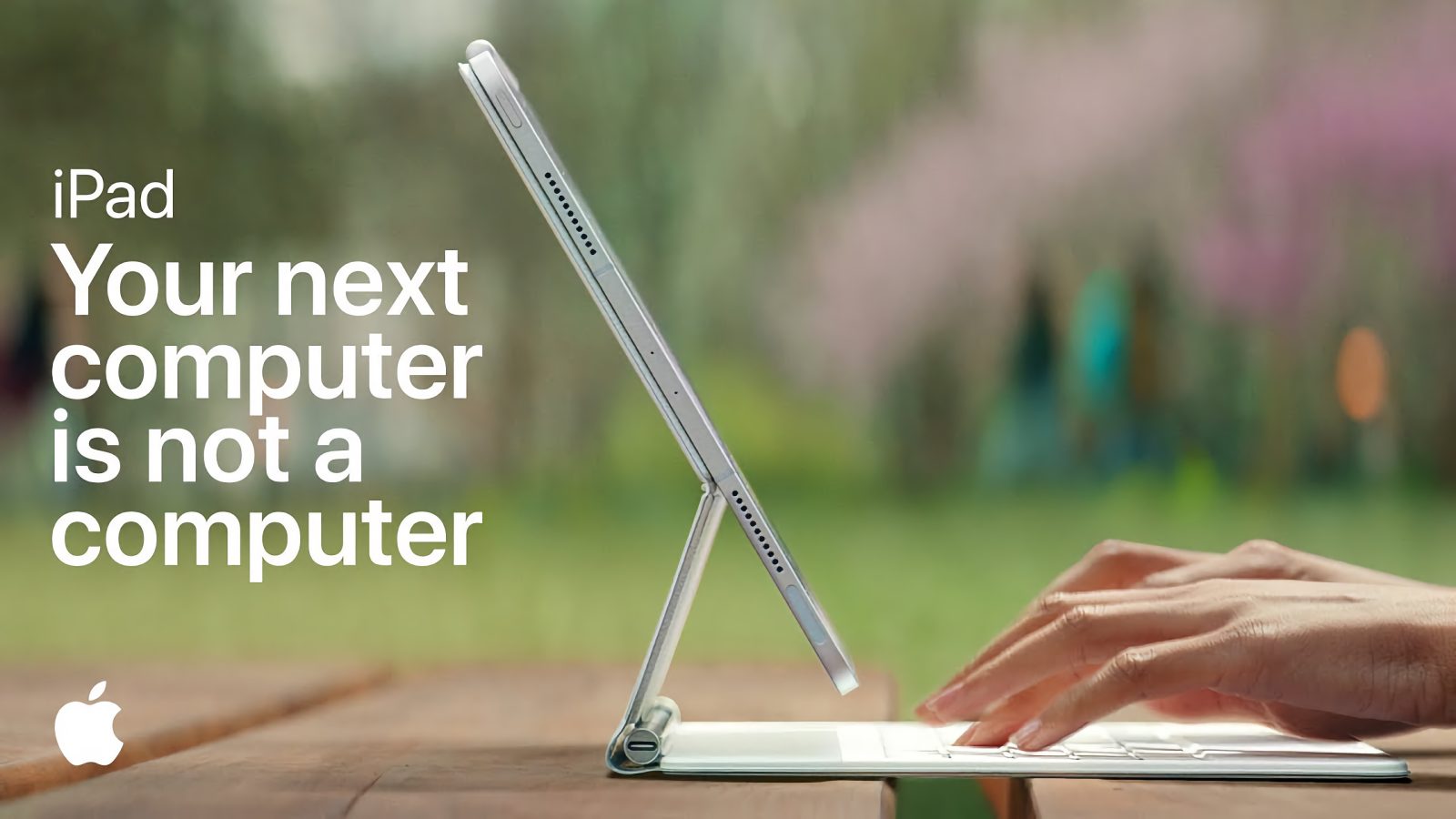 iPad seems to be going through a long identity crisis. Sometimes Apple wants it to be a computer, sometimes not. And even with the introduction of the M1 iPad Pro earlier this year, iPad is still an iPad with iPad limitations. Yet, the company still wants to convince people that “your next computer is not a computer.” Well, my next computer will definitely not be an iPad Pro.

If this article seems to have come out of nowhere to you, I’m writing it after Apple aired a new iPad Pro advertisement that in some ways is similar to the “What’s a computer” ad from 2017, in which a girl does a bunch of things on her iPad and doesn’t seem to know a traditional computer at the end.

That ad got a lot of hate from people on the web, but honestly, this year’s version is much worse. Don’t get me wrong — the advertisement is very well produced and even uses a parody of the song “Part of Your World” from The Little Mermaid to make fun of PC users, who are represented by sad people unhappy with their big computers, while the girl in the green garden seems to be quite happy with the iPad.

Apple knows how to sell the iPad, and there are a lot of people who see it as this super cool piece of hardware (and I agree, I have an iPad, and it looks cool). But in a real-life scenario, is the iPad really appealing to people who work with photo editing, lots of spreadsheets, or even gamers?

Anyone who has ever tried to use the iPad for some serious professional work that is not related to drawing with Apple Pencil knows what a nightmare it is — and mostly because iPadOS is far from being as capable as macOS is. Most apps are limited, and managing hundreds of files at once is a much more complex task on the iPad than on a computer.

And well, I don’t even know what to say about the part where Apple really seems to believe that somehow gamers will find the iPad more interesting than a full computer. How many triple-A games are available in the App Stores? You can’t even plug an external monitor into the iPad and use it in full resolution.

I know there are people out there who use the iPad as their only computer and are fine with that, but instead of trying to force that this works for everyone and that the life of a PC user is sad, Apple should rethink what the iPad and iPadOS really need to be the next computer for people who, guess what, still need a computer like the Mac.

In the world Apple has created for its advertisements, it sounds fun to use an iPad to change the saturation of a photo with a single swipe, to play Asphalt while sitting in the middle of a park, or even to drag and drop files with your finger on the screen. But I need much more than that for my next computer.

At least I agree with Apple on one thing: iPad has amazing hardware, a terrific display, and a powerful computer chip. But the iPad is definitely not a computer, and it won’t be until Apple takes its software to the next level for unleashing the hardware’s full potential.