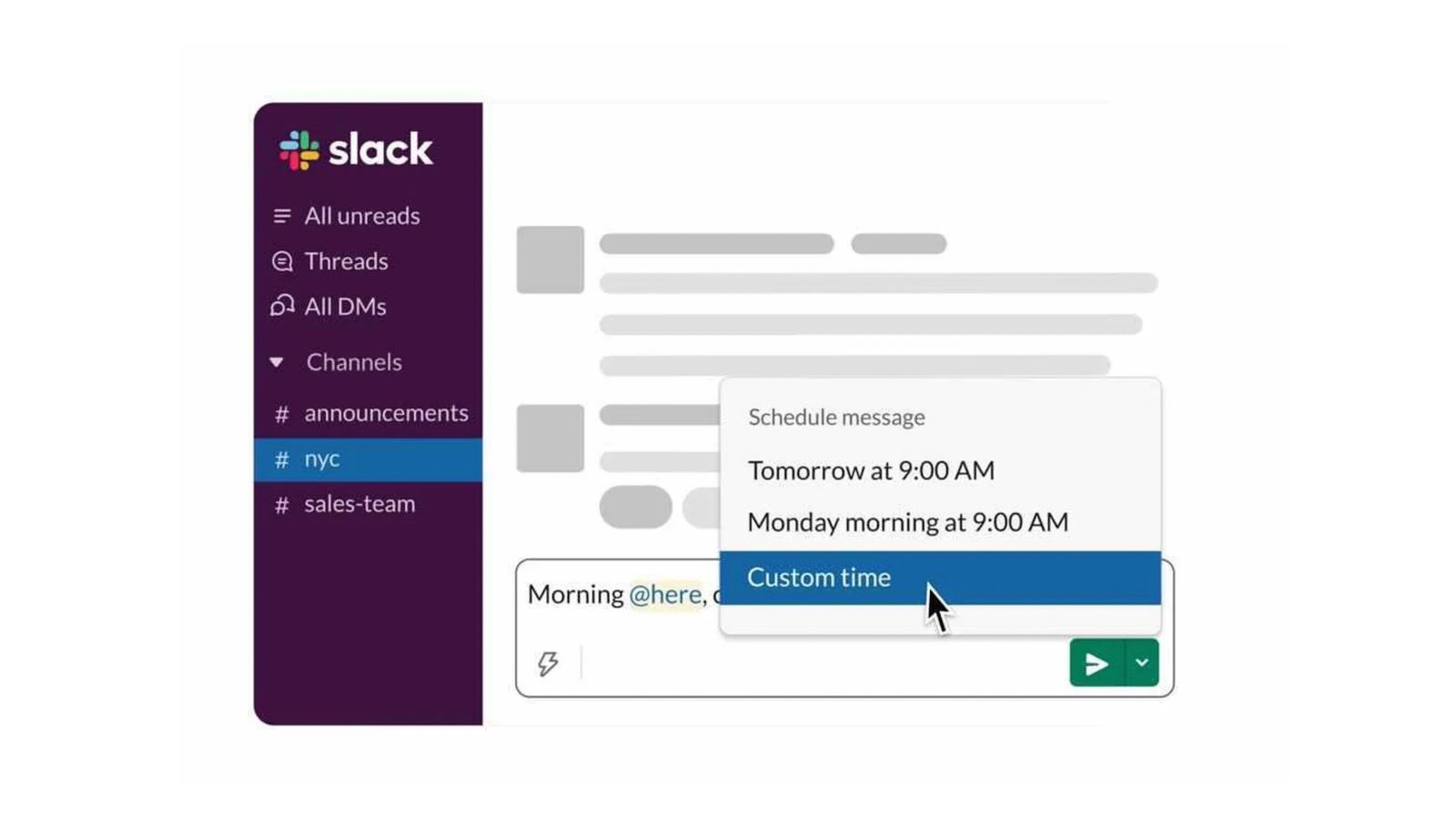 Slack is rolling out a notable new feature to make it easier to courteously communicate with your coworkers. As first noted by the Verge, Slack is now officially rolling out a new Scheduled Send feature that allows you to send a message at a scheduled time.

This new feature is accessible via the green send button in the bottom right corner of the message composer. Clicking on this arrow will reveal a new “schedule message” menu where you can set your message to automatically deliver at a certain time. For iOS and Android users, the scheduled send feature will be accessible by long-pressing on the send button in the mobile app.

In a statement, Slack explained that this new feature is designed to make it easier for people working on different schedules and in different time zones to effectively communicate. This feature has previously been available in services like Gmail, but the expansion to Slack is a notable one.

“Today we launched Scheduled Send to empower users to communicate and collaborate in a way that works best for them,” the company announced in a statement, explaining that “teams shouldn’t be obligated to sync their schedules in order to communicate effectively.”

What do you think of Slack’s new Scheduled Send feature? Is it something that you plan to use? Let us know down in the comments!