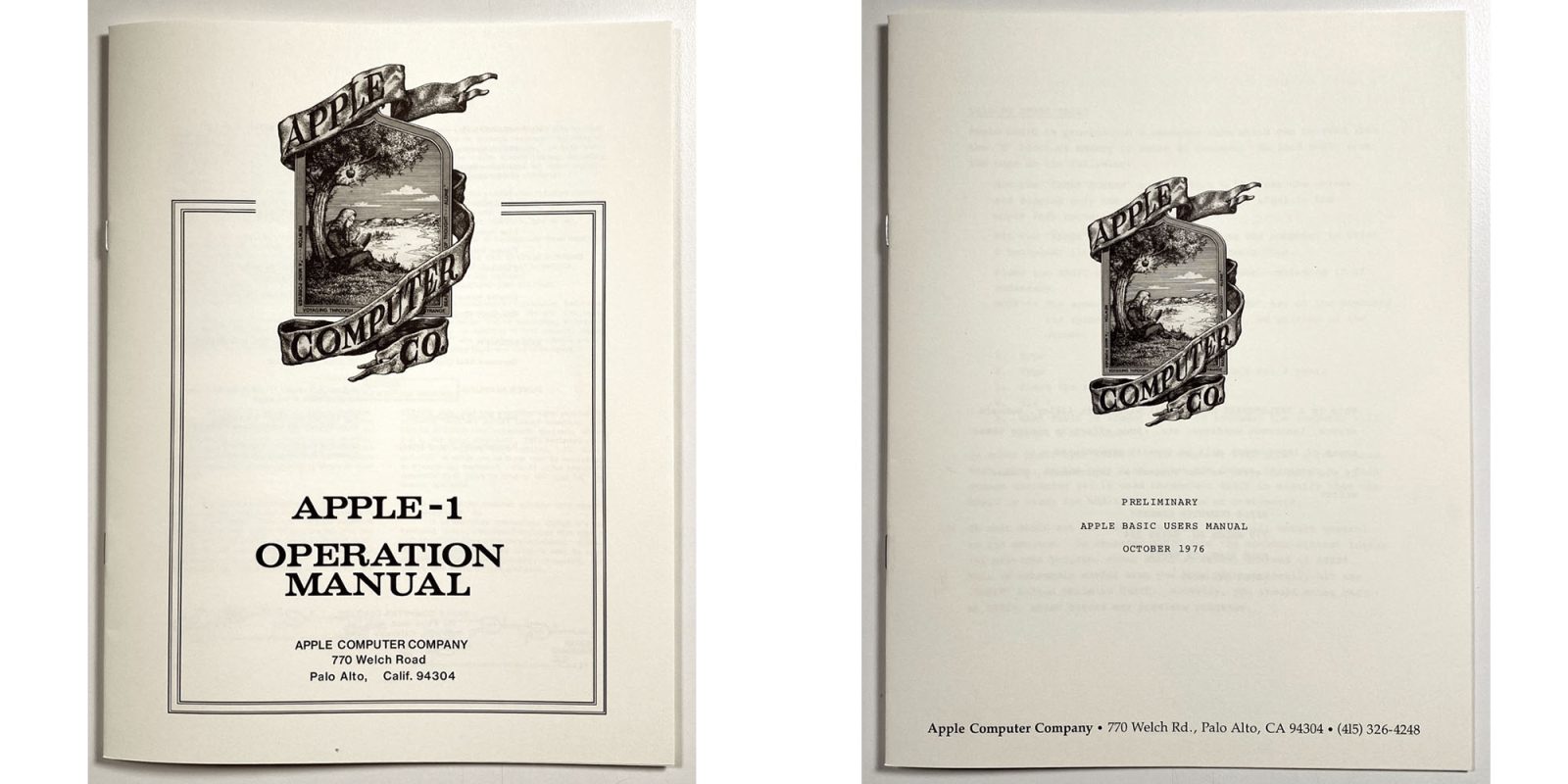 An obsessive Apple fan has created what he describes as perfect reproductions of the original Apple I manuals. To do so, he says, he had to position individual letters by hand …

If you want a set of original Apple I manuals, you can expect to pay a five-figure sum for them. Reproductions are available, but these are based on relatively poor-quality scans. Apple fan Armin decided that wasn’t good enough.

The existing scans were simply too bad, the letters frayed, the drawings pixelated. What’s more: The fold-out schematics were completely absent, and the wrong A4 format seemed like blasphemy.

I had an idea, though: What if I simply redesigned the manuals, of which only a handful (?) exist today, entirely from scratch? So instead of printing them from scans, recreate the design as accurately as possible?

He said if he’d known then the amount of work involved, he’d have abandoned the project there and then. First, he had to research the typefaces used – including the proportional one from an IBM electric typewriter. But having the right typeface wasn’t enough.

For a reprint to be as true to the original as possible, the position of each individual letter had to be accurate to the fraction of a millimeter. In plain language: every single letter had to be exactly positioned manually […]

But the worst was yet to come: re-tracing, re-drawing the schematics. You need to understand that most of the lettering was made with a template specifically made for technical drawings (or maybe a leroy set?). Which means: Ronald G. Wayne, responsible for the schematics back in 1976, drew every character by hand.

The reason lies buried in American copyright law, which declares any publication “public domain” that a) had been published before 1977 and b) does not feature a copyright notice (Source). Which is exactly the case here. It is quite possible, by the way, that Apple intentionally waived the copyright notice as the Apple-1 was developed by Steve “Woz” Wozniak before Apple officially incorporated on April 1st, 1976.

You can watch a video of the process below, and if you want to order your own reproduction Apple I manuals, you can do so here.