Opinion: Apple could have avoided the App Store mess by listening to Schiller in 2011 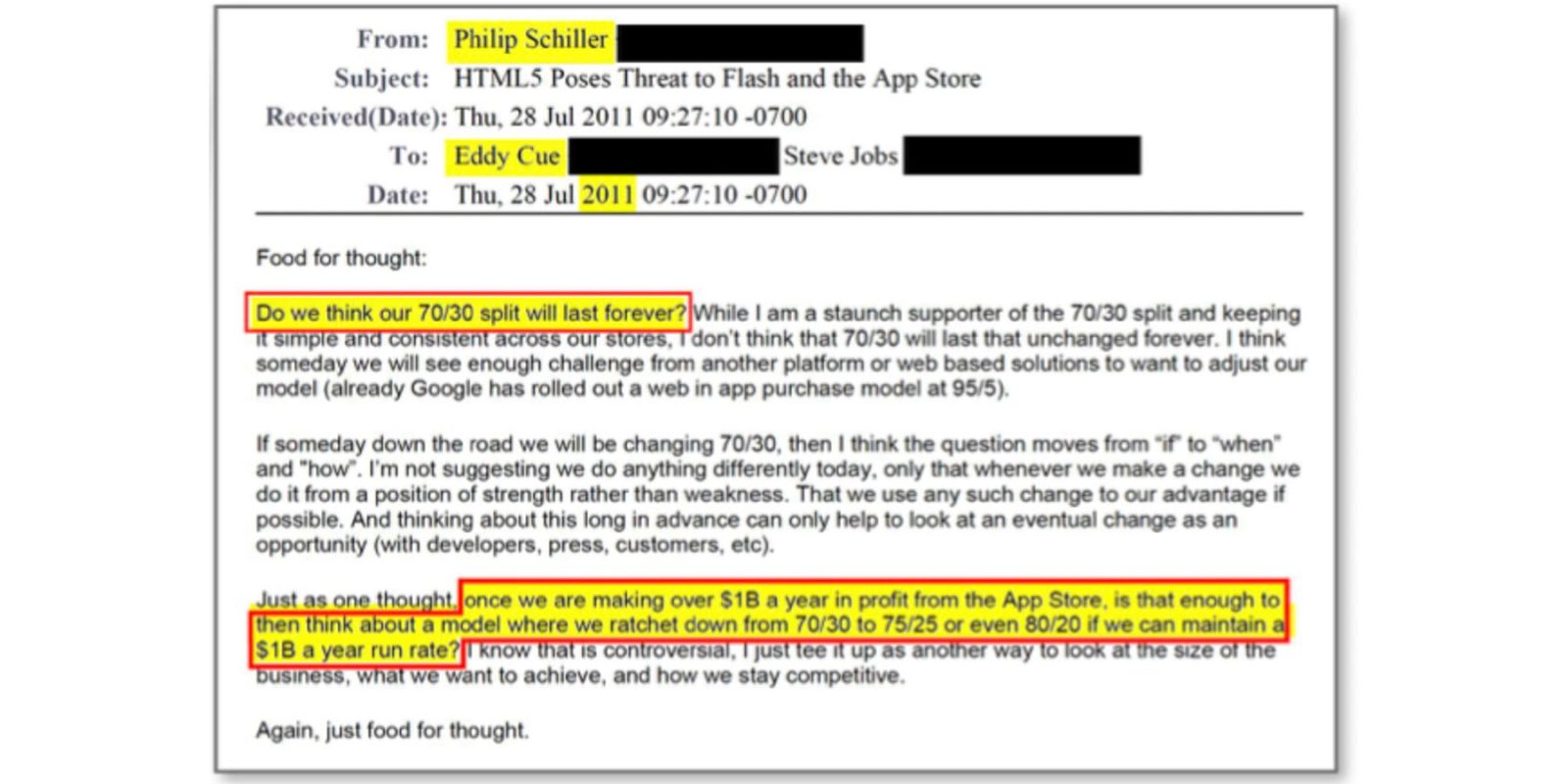 Apple is currently busy trying to extricate itself from an App Store mess. It’s making calls, writing letters, publishing white papers, and conducting interviews, all in an attempt to reverse the antitrust tide.

Some of the moves it is making frankly signal desperation, and it’s astonishing to me that the company missed an opportunity to enjoy a PR dream instead of its current defensive nightmare.

Apple is facing antitrust pressure on a whole raft of issues, but there’s one that really stands out and is getting all the headlines: the company’s 30% commission on App Store sales, and its refusal to allow developers to notify users about alternative payment platforms..

Phil Schiller raised this issue in an email to Eddy Cue way back in 2011.

Do we think our 70/30 split will last forever? While I am a staunch supporter of the 70/30 split and keeping it simple and consistent across our stores, I don’t think that 70/30 will last that unchanged forever. I think someday we will see enough challenge from another platform or web based solutions to want to adjust our model (already Google in has rolled out a web in app purchase model at 95/5).

If someday down the road we will be changing 70/30, then I think the question moves from ‘if to “when” and “how”. I’m not suggesting we do anything differently today, only that whenever we make a change we do it from a position of strength rather than weakness. That we use any such change to our advantage if possible. And thinking about this long in advance can only help to look at an eventual change as an opportunity (with developers, press, customers, etc).

Just as one thought, once we are making over $1B a year in profit from the App Store, is that enough to then think about : model where we ratchet down from 70/30 to 75/25 or even 80/20 if we can maintain : 51B a year run rate? I know that is controversial, l just tee it up as another way to look at the size of the business, what we want to achieve, and how we stay competitive.

Bang. A decade ago, Schiller could see this coming. He offered the best possible advice anyone could have given Apple:

Whenever we make a change we do it from a position of strength rather than weakness. That we use any such change to our advantage.

I think he didn’t go far enough on commission, but Schiller was spot-on about timing: Do it before anyone starts making a fuss, then it looks like a generous move on Apple’s part. Instead, anything Apple does today merely looks like it is reluctantly giving into pressure.

Let’s look at how Apple could have handled this.

How Apple could have avoided the App Store mess

Years before antitrust concerns were first raised about Apple, the company could have opened a WWDC keynote with an announcement like this:

The App Store offers Apple customers a trusted way to download apps that enrich their lives and help them reach their goals.

It has also enabled developers to achieve their dreams of earning a living through their creativity and imagination.

Creating the App Store from scratch was a mammoth task for Apple. It required huge resources, and we needed to fund that work. We did so in a fair way, by taking a cut of sales, so that Apple only profited alongside developers.

But now that the bulk of this work is done, we want developers to enjoy even more of the fruits of their work. We are today reducing the standard App Store commission from 30% to just 15%. <Pause for applause>

Additionally, we will only charge this when we introduced the customer to the app. If developers want to do their own marketing, they are free to direct customers to their own payment platform instead. <Pause for whooping>

The one exception we are making is for large companies who get the most benefit from the app marketplace Apple has developed. For the two percent of developers earning over a million dollars a year, they will pay 30% on sales over that $1M mark. But the vast majority of developers in this room, and listening to this keynote in their homes and offices, will pay anything from nothing to a maximum of 15%.

That would have been a PR triumph. Developers would have been on their feet applauding. And if the 2% of big boys had grumbled about it, nobody would have cared. The only reason Epic Games has attracted even the tiniest amount of sympathy for its position is because it claimed to be standing up for the little guy.

There would likely have been no Congressional investigation, and no US antitrust legislation impacting Apple. And because Apple makes most of its money from the very biggest developers, it wouldn’t even have lost much money by doing this years ago.

Instead, Apple has made a similar change, but in a way that hasn’t generated anything like the same goodwill. It only made the move at all when it was clear that the move was a defensive one, trying to hit back at criticisms that had already been made. And it couldn’t even go public with the 98% figure because that would have meant the embarrassment of admitting it had essentially made a U-turn on its previous position – which it continues to defend even now.

I said at the time that it was a clever U-turn, and it was – given the hole the company had already dug for itself. But it was dumb that Apple allowed itself to dig that hole in the first place.

This could have been a massive PR win. Instead, the company did nothing and allowed it to turn into a PR disaster.

That’s my take on it – how about yours? Please share your thoughts in the comments about whether Apple should have listened to Schiller years ago.