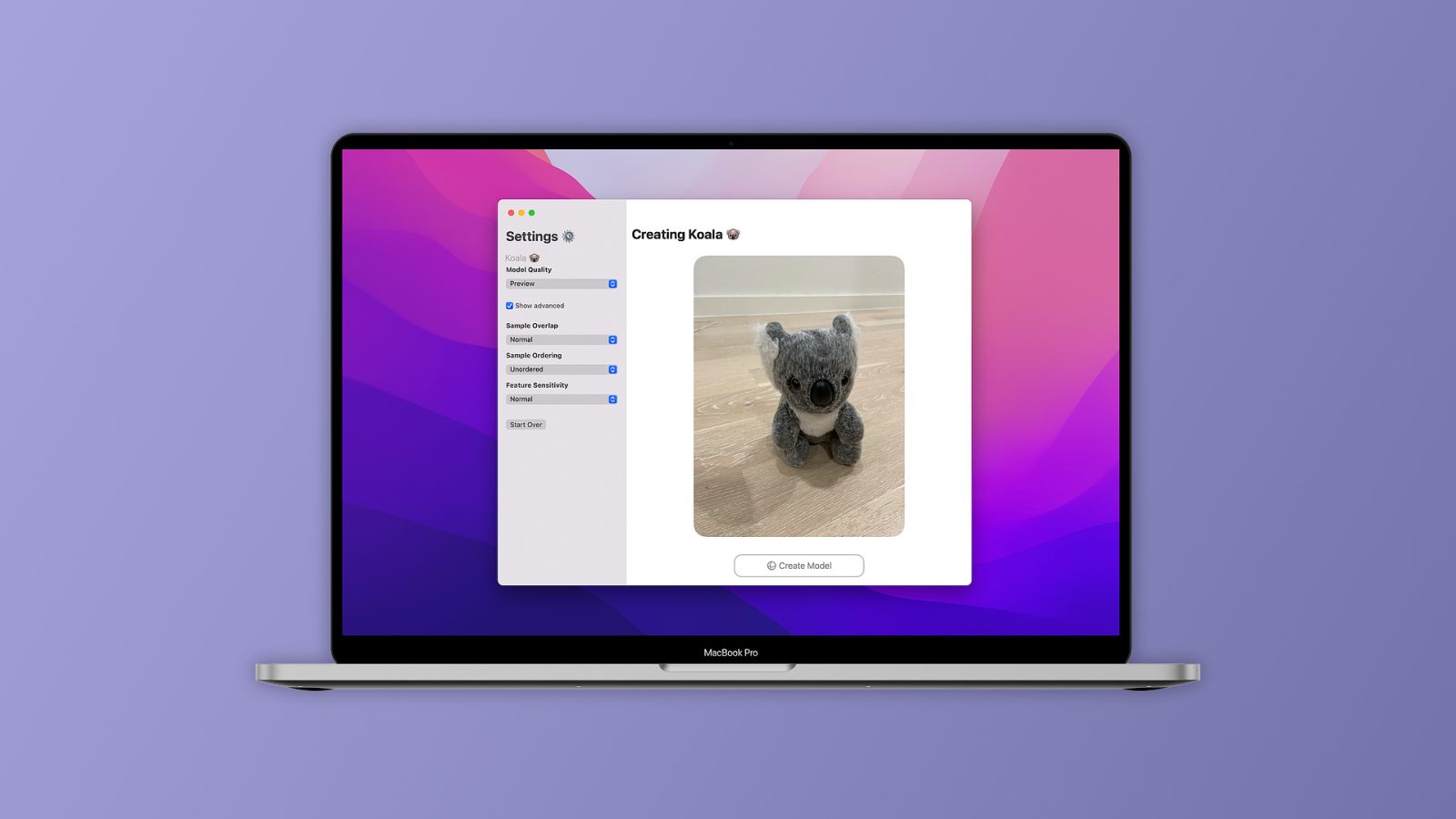 Earlier this month, I detailed my experience with Apple’s new Object Capture API, which was introduced with macOS Monterey to let users create 3D models using the iPhone camera. Now developer Ethan Saadia has created PhotoCatch, a new app based on this new API that makes the whole process simpler.

With the Object Capture API, users can capture objects and turn them into 3D models in just a few minutes. However, since the API was recently announced and is still in beta, you had to compile it manually using sample code from Apple. Now this will no longer be necessary, thanks to PhotoCatch.

The app works just as I described in the article about the new API, but it makes the process more intuitive for users who are not familiar with Xcode or Terminal. Once you open it, all you need to do is select a folder with all the photos you have taken of the object, choose the settings you want, and click the Create Model button.

You’ll have an object rendered in a USDZ file that can be shared with other iPhone and iPad users for AR interactions, or even imported into other apps like Cinema 4D. It’s worth noting that since the app based on Apple’s API, PhotoCatch for macOS requires an Intel Mac with 16GB RAM and an AMD GPU of at least 4GB VRAM, or any Mac with the M1 chip.

Interestingly, you can still use PhotoCatch even without a compatible Mac. The developer has also created a web version to process the images and render the 3D object in the cloud. This, however, costs $1.99 per model plus additional charge per rendered photo.

You can take the photos using the iPhone’s native Camera app, but Apple provides a sample app that can be compiled into iOS 15 using Xcode to help users capture the right photos. I mentioned the requirements for capturing the photos in my previous article about the Object Capture API:

You need about 30 photos to create a 3D model, but Apple recommends using many more than that to get a high-quality result. In a real-life scenario, you should also have optimal lighting conditions, a tripod, and a mechanism to automatically rotate the object without changing its position.

PhotoCatch for Mac is free and now available for download. In addition to the hardware requirements, you need a Mac running macOS Monterey (which is currently available exclusively to developers in a beta release).