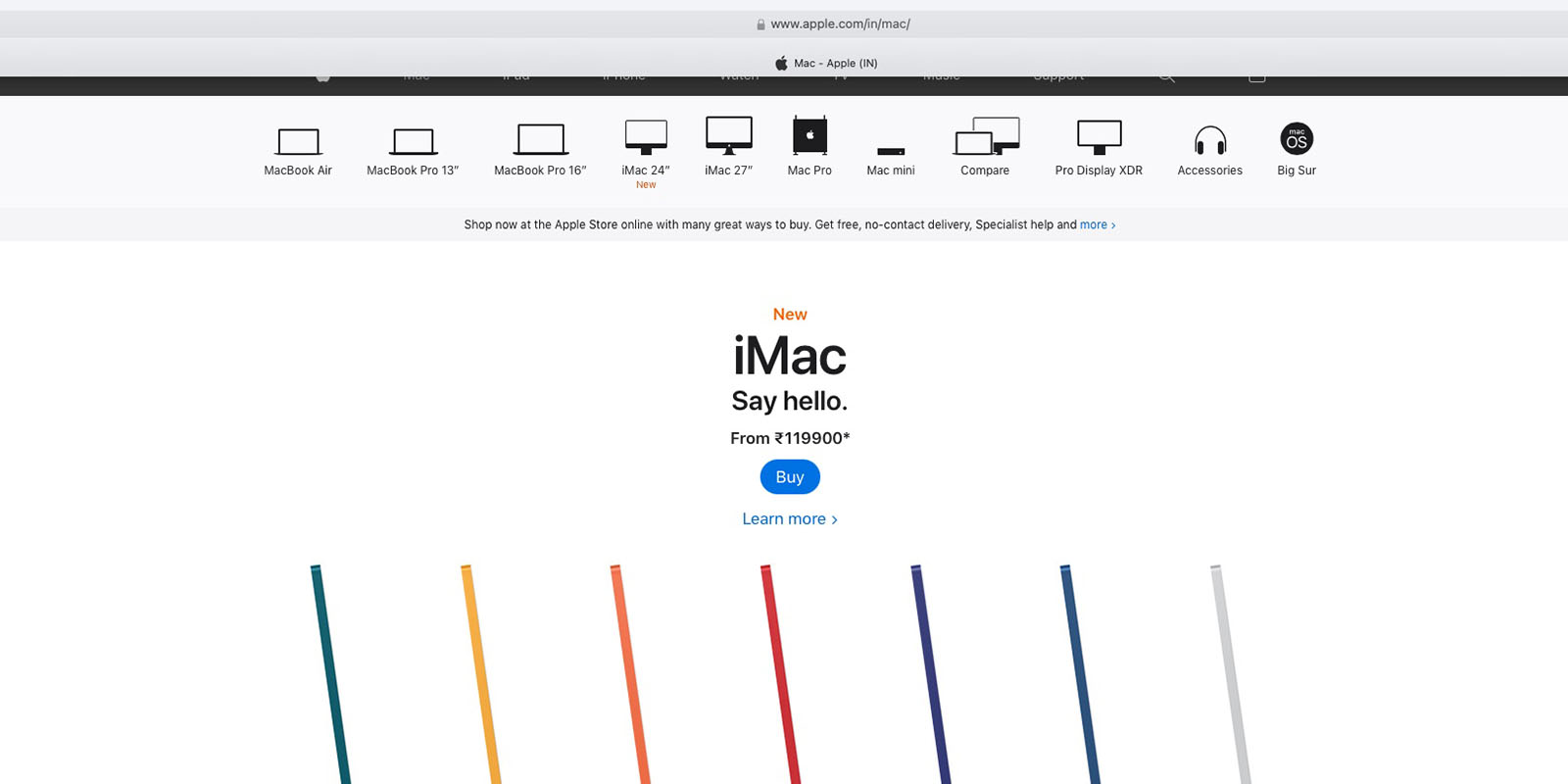 Mac sales in India more than tripled year-on-year after Apple was finally allowed to open an online store in the country.

Apple became the fifth largest PC brand in India in the first quarter of 2021, with shipments of desktops, notebooks, tablets and workstations combined to reach 208,000 units, according to data from Canalys.

Canalys pointed out that the significant increase in Apple’s notebook and tablet shipments in India was due mainly to Apple opening its online store in September 2020.

Research firm IDC’s figures also show Apple’s PC shipments in India (excluding tablets) grew 335.5% on year in the first quarter and only lagged Asustek’s by around 2,000 units. Apple and Asustek were tied for fifth place in IDC’s rankings for PC brands in India in the quarter.

CMR’s figures also showed that India’s tablet shipments went down 34% sequentially in the first quarter of 2021, while Apple was the second largest tablet brand in the country with a 29% market share. Apple its tablet shipments increase 144% on year, surpassing the original second-place Samsung Electronics. Of the 29% market share, 17pp came from iPad 8, and 9pp from iPad Air 2020.

Apple had for many years wanted to open an online store in India, but the law prevented it from doing so. Foreign companies wanting to run own-brand e-commerce sites were required to source 30% of their production locally, something Apple was unable to do. However, a boost in iPhone production in the country helped persuade the government to ease the requirements.

Apple’s online store in India opened in September of last year, with physical stores to follow.

Apple SVP of Retail + People Deirdre O’Brien noted the expansion: “We’re proud to be expanding in India and want to do all we can to support our customers and their communities. We know our users are relying on technology to stay connected, engage in learning, and tap into their creativity, and by bringing the Apple Store online to India, we are offering our customers the very best of Apple at this important time.”

In May, build-to-order Mac sales opened through resellers in India ahead of the official online store launch. Tim Cook had promised in February that the online store would open this year. Physical Apple Stores in India will arrive in 2021, with one of the first locations expected to be built in Mumbai’s Bandra Kurla Complex.