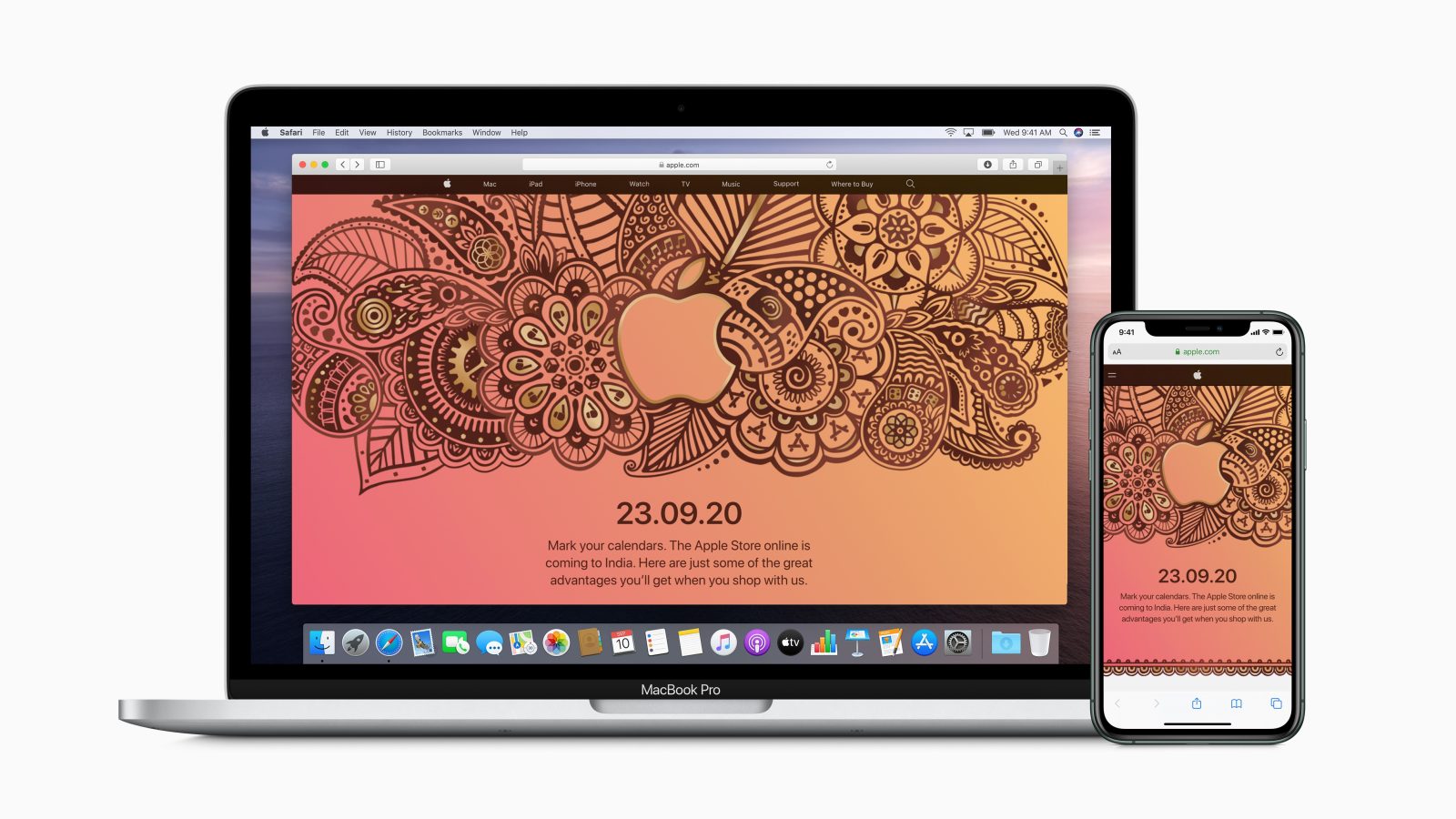 Apple announced today that it plans to open its online store in India on September 23. The expansion will bring direct sales and an improved shopping experience to customers in the region for the first time.

Apple has made significant investments in India over the past several years as it seeks to become a leader in a massive market full of potential. iPhones are now made in India, and official Apple Stores are on the way. Before opening any brick and mortar locations, Apple is ramping up its online sales and distribution.

Starting September 23, customers in India will be able to visit apple.com/in and shop directly from Apple, just like customers across the world have come to expect for decades. Advice and product guidance will be available in English and Hindi. Until now, Apple sales in India were directed entirely through partners like Apple Premium Resellers.

In October, Apple says customers will be able to attend free online Today at Apple sessions with a focus on photography and music. The creative sessions are a staple of physical Apple Stores during non-pandemic times, and will offer customers an early preview of what they can expect when official Apple Stores open in India.

We’re proud to be expanding in India and want to do all we can to support our customers and their communities. We know our users are relying on technology to stay connected, engage in learning, and tap into their creativity, and by bringing the Apple Store online to India, we are offering our customers the very best of Apple at this important time.

In May, build-to-order Mac sales opened through resellers in India ahead of the official online store launch. Tim Cook had promised in February that the online store would open this year. Physical Apple Stores in India will arrive in 2021, with one of the first locations expected to be built in Mumbai’s Bandra Kurla Complex.

One of the major hurdles preventing the Apple Store Online from launching sooner in India was a government rule requiring foreign companies to source 30% of their production locally. The requirements were eventually eased, allowing Apple to push ahead.