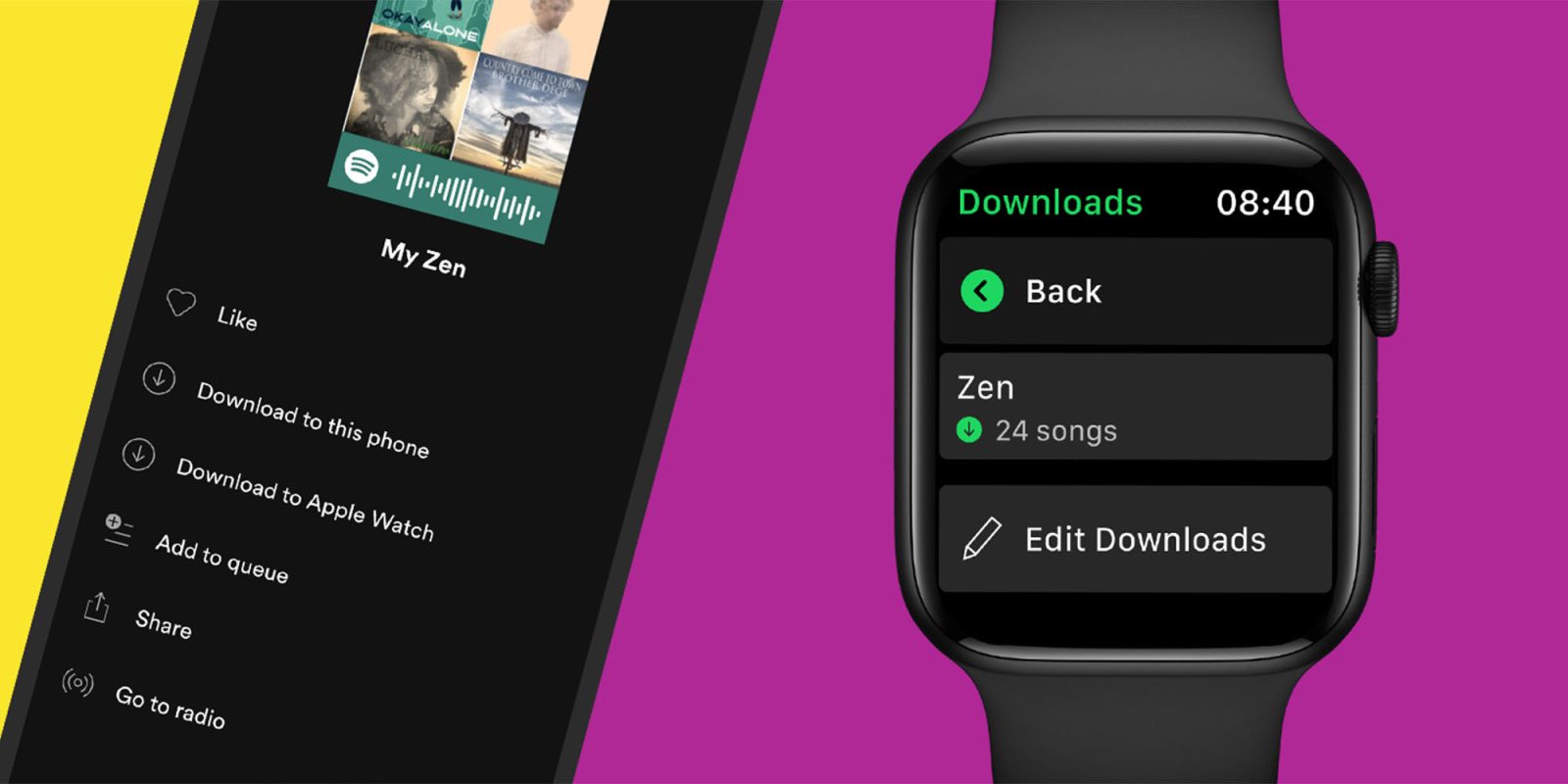 Offline playback for Apple Watch has been a top requested feature from Spotify users for a long time and today the platform is delivering on it. The ability to download content to Apple Watch is starting to roll out to Premium subscribers now.

Update 7/6: The global rollout of Apple Watch offline playback appears to be picking up speed.

Noted by Gadgets and Wearables and users on Reddit, more and more Spotify customers are seeing the Apple Watch offline functionality show up over the last day in countries like the US, UK, Canada, Germany, Austria, Brazil, UAE, Italy, Ireland, Switzerland, Portugal, Malaysia, and more.

Spotify released a new 8.6.40 iOS update on July 1 that wouldn’t hurt to make sure you’re running, but this is likely a server-side rollout. However, some users have said force closing Spotify and reopening it has revealed Apple Watch offline playback.

We’ve previously reached out to Spotify about when the rollout will be complete but haven’t gotten a response yet, but hopefully, we’re close! Check out the steps below to see if the feature is available for you now.

Spotify announced the news in a press release on May 21:

Starting today, we’re rolling out the ability to download your favorite playlists, albums, and podcasts on Apple Watch. All users are already able to play tracks, albums, playlists, and podcasts, and now Premium users will also be able to download everything they’re listening to for a true offline and phone-free experience. This is on top of all the other Spotify features on Apple Watch—from Connect & Control to streaming to Siri.

Spotify notes “we’re beginning to roll out” the offline mode to Premium subscribers for Apple Watch users and says to update to the latest Spotify iOS/watchOS release – 8.6.28. However, it’s going to be a gradual rollout with the platform saying the “new overall experience for Spotify on Apple Watch is rolling out to all users globally over the coming weeks.”

How to use Spotify Apple Watch offline playback

Here’s how Spotify says to find the new functionality:

Spotify is also asking for feedback about how the offline playback for Apple Watch works:

This is the first iteration of the highly requested download experience for Spotify on the Apple Watch. We want to know your thoughts, so head over to our Community page to share your feedback. As always, we continuously make improvements to the overall experience.

And the feature isn’t just for Apple Watch users, Spotify announced earlier this week at Google I/O that the same feature will be coming to Wear OS in the future.

Along with the headline feature of offline playback, Spotify highlights playback control on Apple Watch for other speakers:

Now, all users can control playback—seamlessly playing, pausing, and skipping tracks or podcast episodes—directly from your wrist. You can also use your Apple Watch to control playback from everything, whether it’s wireless speakers, TVs, or gaming consoles, using Spotify Connect.