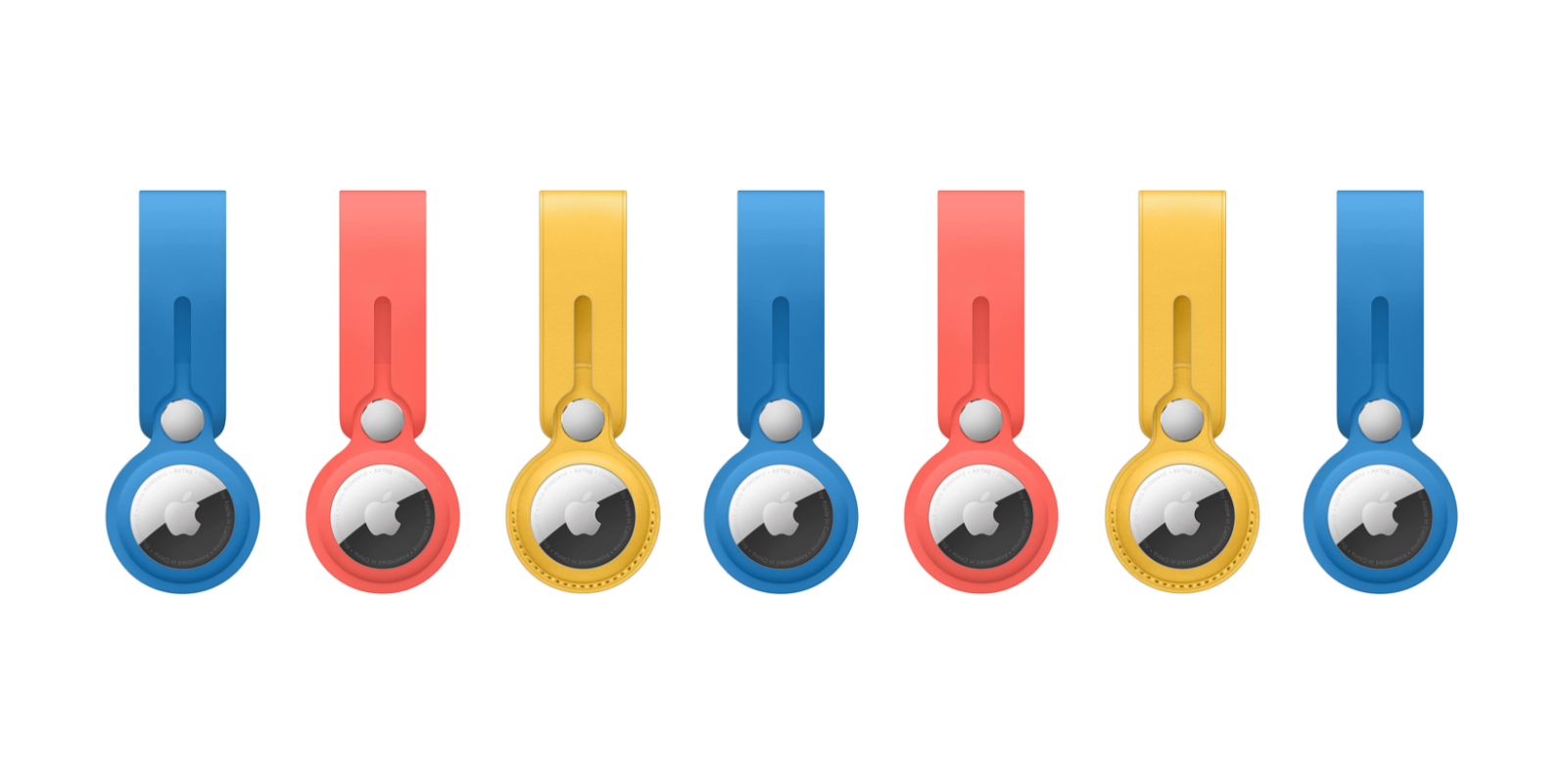 Apple has strangely added several new colors of their AirTag accessories to its Amazon storefront, but not to the Apple online store. There are two new colors of the standard AirTag loop – capri blue and pink citrus. We previously saw these unreleased colors appear on eBay in May. The company has also introduced a new shade of yellow for the leather key ring and leather loop, Meyer lemon.

Both of the new standard AirTag loops are priced at the $29 and deliver in late August. It appears that inventory hasn’t fully set yet. The leather loop is $39 while the leather key ring is $35. All of them are listed as “in stock soon,” so it’s possible that they will show up on Apple’s website eventually. They are fulfilled by Amazon.

That is by far the weirdest thing about these new random colors. Apple has never released products exclusively through their Amazon storefront before. These new accessories might have been prematurely posted to Amazon, we’ll just have to wait and see if they appear on Apple.com.

Both capri blue and pink citrus are options available for the MagSafe silicone iPhone cases, so they match Apple’s other existing accessories. Meyer lemon, however, hasn’t been used for the iPhone 12 series of cases. It was previously used for the iPhone 11 Pro leather case and the leather loop band alongside the Apple Watch Series 5.

Below you can see the California poppy leather key ring on the left next to the new Meyer lemon one. The Meyer lemon color is significantly more yellow than orange.

Are you going to pick up any of these new colors? Let us know what you think about them in the comments below!