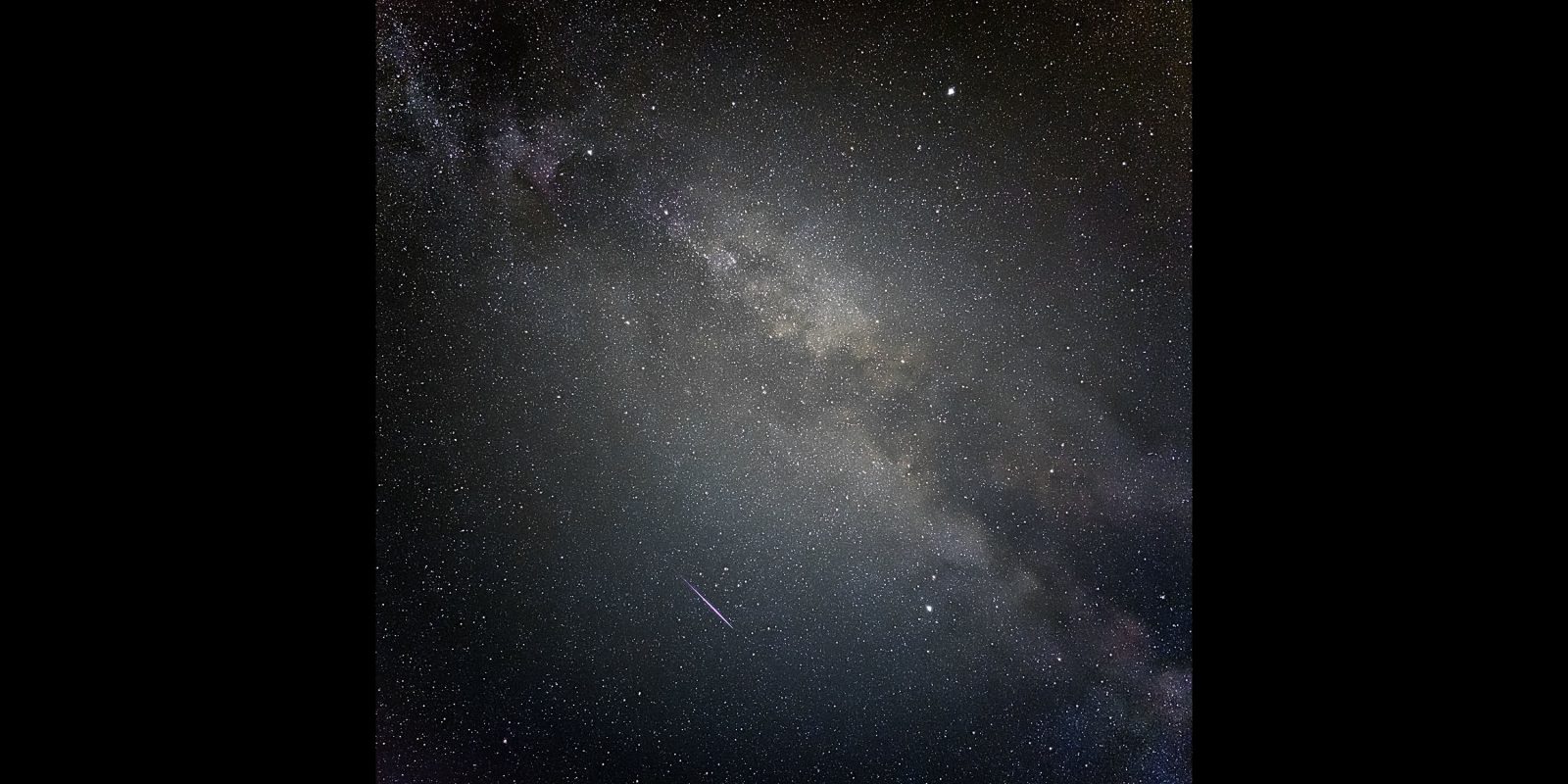 He tweeted the image, expressing his appreciation for the capabilities of the device.

We need to talk about the astrographic potential of modern smartphone cameras. This image was made from data captured using an iPhone 12 Pro Max. Sensor pixels are just 1.7 microns! It’s ridiculously capable for its size and provides usable data courtesy of 12-bit DNG – ‘ProRAW.’

The image shows the Summer Triangle with a bright region of the Milky Way (star clouds in the spiral arm we inhabit) as well as a (possibly early Perseid) meteor – yes that’s in the data. There’s more latitude but I just don’t have time to do a long workflow right now.

To be clear this isn’t perfect. The usual astro-related aberrations are there. But these could be corrected on-device with the right approach […]

During the next clear spell I’ve got a lot more experimentation to do, but needless to say there is stacks of untapped potential.

Taking photos of the Milky Way usually involves taking multiple photos, and stacking them in editing. Some images involve 30 or more separate photos, with different exposures used to capture both foreground and night sky, and multiple Milky Way exposures used to determine what’s a star and what’s image noise.

Shooting RAW is always advisable, to maximize the data that can be extracted from the image, and to be able to adjust white balance. Apple’s own RAW implementation, ProRAW, is only available on the iPhone 12 Pro and Pro Max.

Kerss is a freelance astronomer who was previously the Public Astronomy Officer at the Greenwich Observatory in London. He has a free stargazing online course at his website, Stargazing London.

If you’ve ever taken your own Milky Way iPhone photo, please do share a link in the comments. Disqus spam-trapping tends to blocks links, so inserting a space into it should prevent that.