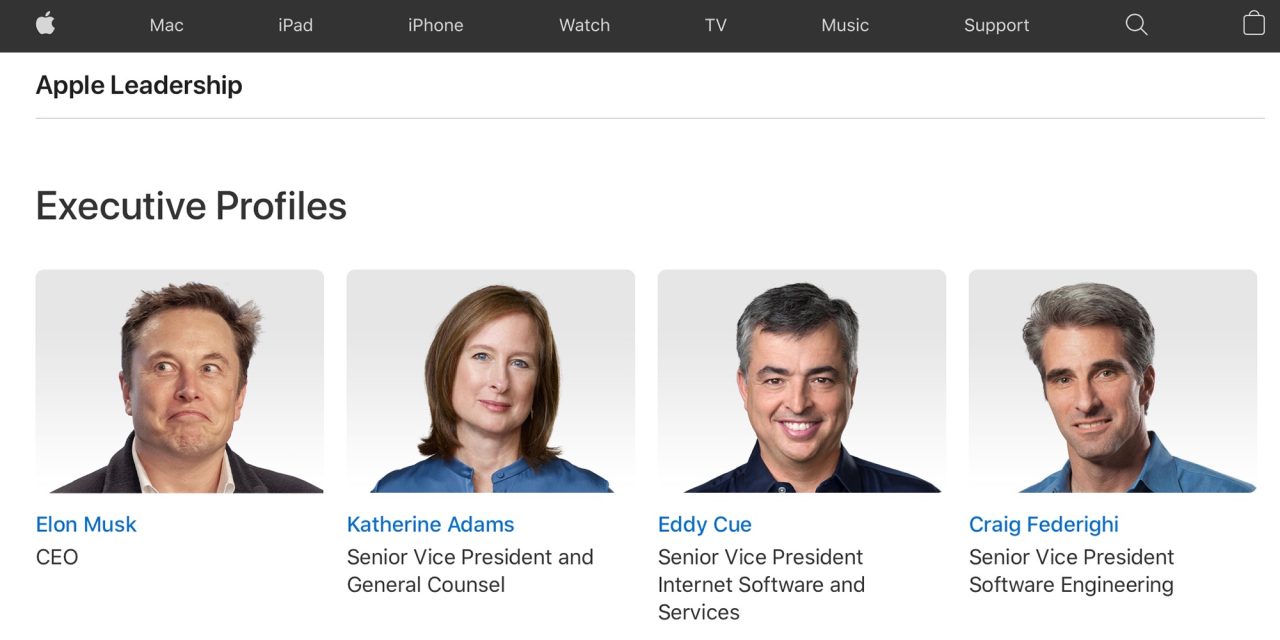 As detailed in a review of the book published today by the Los Angeles Times, Cook and Musk were reportedly on the phone discussing Tesla’s unveiling of the Model 3, and the struggles that went along with it. Cook suggested that Apple buy Tesla.

Musk was reportedly interested in this proposition, but on one condition: He serves as CEO not of Tesla, but of Apple entirely. “F– you,” Cook reportedly responded before immediately hanging up the call.

Cook apparently thought that Musk was saying he simply wanted to remain CEO of Tesla through the acquisition, not become CEO of Apple entirely.

When asked in a recent interview about his relationship with Musk, Tim Cook explained that while he’s “never spoken to Elon,” he has “great admiration and respect” for Tesla. Apple has also hired a number of employees from Tesla over the years, leading Musk to at one point refer to Apple as the “Tesla graveyard.”

Apple is in the midst of its efforts to build an electric car of some sort, which presumably would compete directly with Tesla.