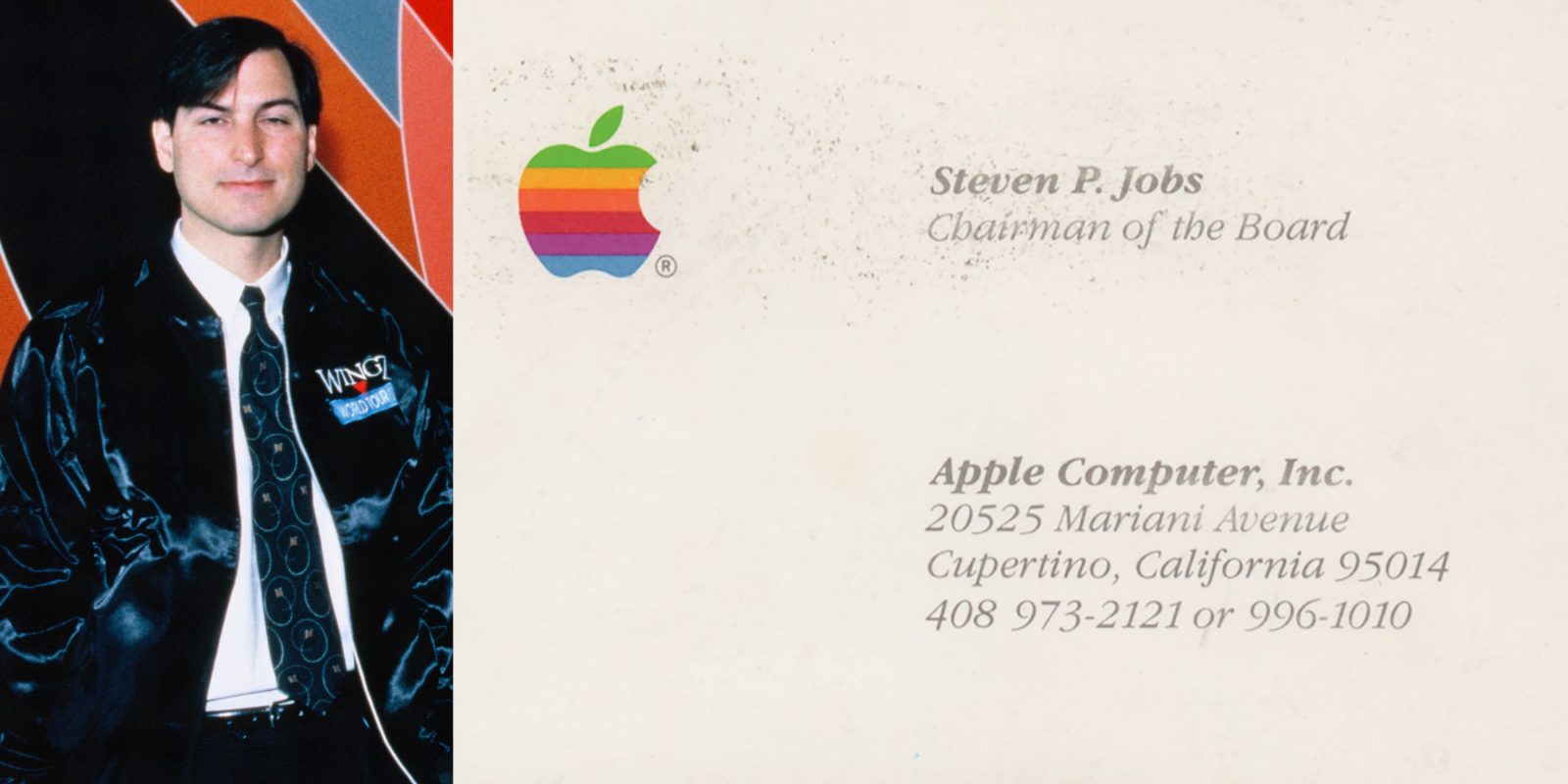 A new lot of Steve Jobs and Apple memorabilia is up for auction this month including some interesting items. Along with a vintage Steve Jobs Apple Computer business card, there’s a NeXT bomber jacket that Jobs actually wore, Apple Computer Basic Program cassettes, and more.

Bidding for this latest Steve Jobs and Apple memorabilia is opening up on August 12 at RR Auction. Compared to other similar memorabilia like the signed Steve Jobs job application that just sold again for over $300,000, this lot is much more affordable.

The Steve Jobs Apple Computer Inc. business card starts at $300 with expectations for it to fetch over $4,000. It comes alongside 17 other miscellaneous Apple employee business cards.

Another unique item in this auction is the NeXT “Wingz World Tour 1989” demo bomber jacket that was worn by Jobs himself. Bidding starts at $200 with the auction expected to sell for over $600.

Wingz ‘World Tour ‘89’ jacket personally worn by Steve Jobs during a NeXT and Wingz software presentation at the Palace of Fine Arts in San Francisco, California, in late 1989. The black nylon jacket, size large, with polyester lining, front zipper, side pockets, and knit cuffs and waistband, features the embroidered “Wingz World Tour ‘89” logo to the left chest and back. Inner collar retains the original Aristo Jac manufacturer’s tag. In fine condition.

Accompanied by a signed and notarized affidavit of fact from the jacket’s original owner: “In the late 1980s and early 1990s I worked for Informix Software in Menlo Park, California, where I was the Senior Product Manager for a software product called Wingz for NeXT. NeXT was founded by Steve Jobs in 1985 after his departure from Apple.

Another relatively affordable piece of Apple history is a set of four “Apple Computer Basic Program Tape Cassettes.” These are starting at $200 and should bring in $400+.

Check out everything up for bidding on August 12 at RR Auction.