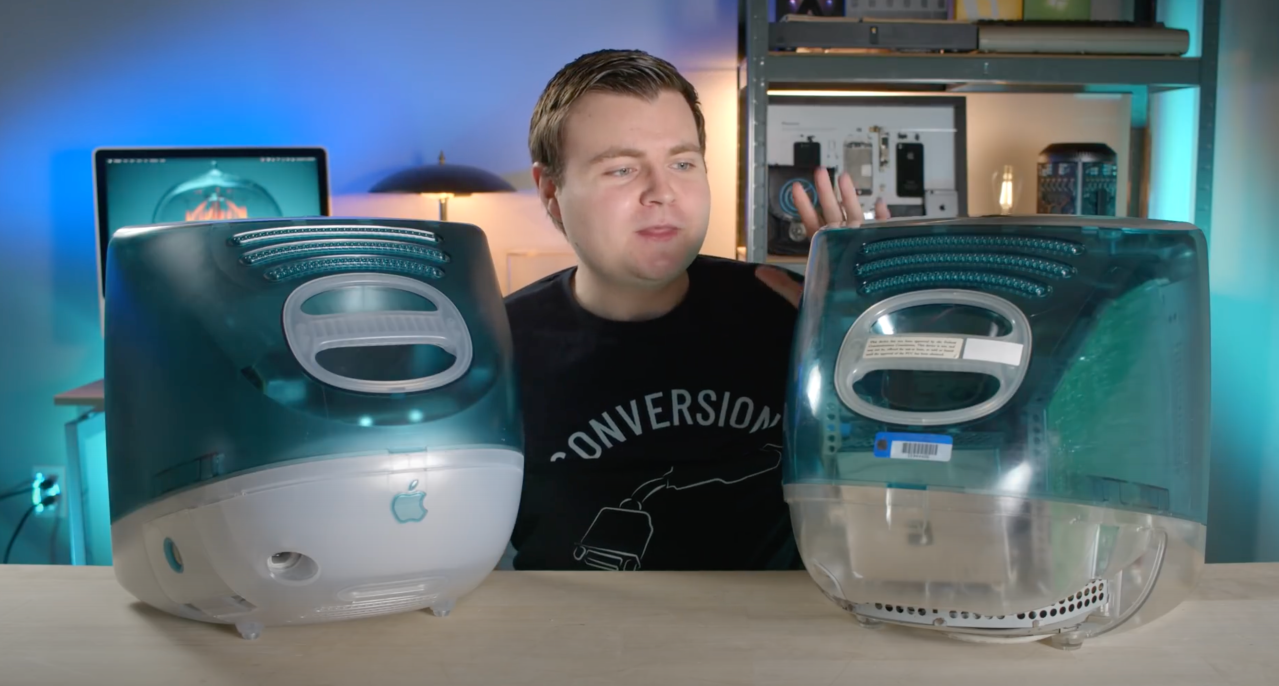 YouTuber “Krazy Ken” has posted a video on his Computer Clan channel where he goes hands-on with a rare prototype of the original Bondi blue iMac G3. This particular prototype is quite different from the shipping version, despite bearing a similar resemblance. Unfortunately, the unit doesn’t power on at the moment, but Ken says that he’s working with other tech YouTubers to repair it and make it functional.

This iMac G3 prototype uses different plastics from the shipping version. It’s much smoother. Ken says that this is likely just a material used to make prototyping more affordable as it’s typically seen on other prototype Apple products. The plastic on the back of the CRT casing is completely transparent rather than opaque. It actually resembles the iMac DV more than the original iMac G3.

There are stickers all over the device that denote how it had not been approved by the FCC for sale. It’s likely from fairly late in the product’s development cycle, though, seeing how the design is near-final, and because 1998 is listed as the copyright date on the device.

Unlike the shipping iMac G3, this prototype has a yellow logic board. The original iMac G3 shipped with a green logic board. Many other Apple prototypes use red logic boards, so this one is an outlier. There are several other components inside the prototype that are different, and Ken goes over them in the video. While this iMac prototype is quite different on the inside and on the back, it’s virtually identical from the front. It uses the same speaker design and the same CD tray.

To get this iMac prototype in working order, Ken is planning to work with Steve from the Mac84 YouTube channel. Ken will share their progress at a later date, so if you want to see what’s (hopefully) a working iMac prototype from the late ’90s, make sure to subscribe to his channel.