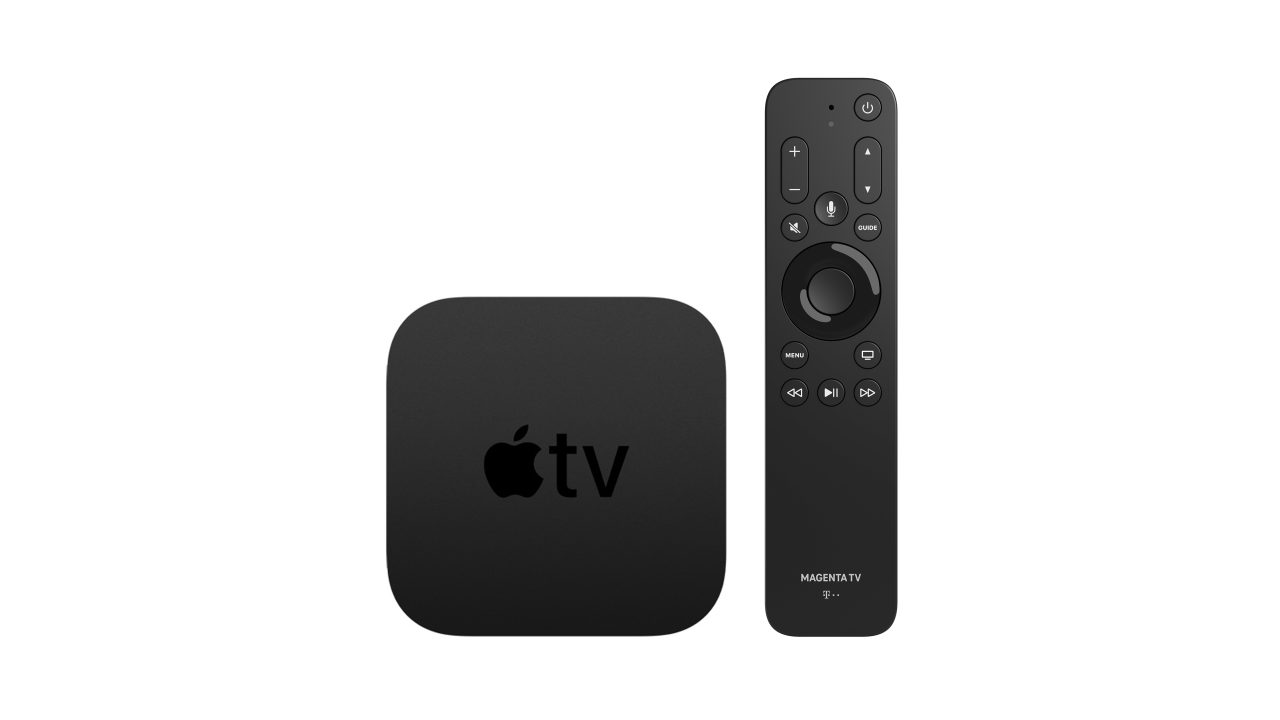 Universal Electronics last year unveiled an alternative Apple TV Remote with only physical buttons and focused on cable TV companies. Now this third-party remote for Apple TV is finally being offered to customers of Deutsche Telekom, which is the same company that owns T-Mobile.

As noted by MacRumors, Deutsche Telekom is the first company to offer Universal Electronics’ remote control to customers who purchase a new Apple TV 4K directly with the carrier with a Magenta TV subscription.

The alternative Apple TV Remote from Universal Electronics looks more like a classic TV remote control, since it does not have a trackpad and comes with buttons for switching channels and accessing the TV guide. However, it also includes all the buttons needed to navigate through tvOS, including the Siri button and even a built-in microphone.

Native support for Universal Electronics’ remote control was leaked in a beta version of tvOS 14 earlier this year. At some point, it was believed that this was the rumored new Siri Remote. However, Apple was just working with Universal Electronics to make sure that their third-party control would work well with Apple TV.

Deutsche Telekom has confirmed that the remote control has been certified by Apple and designed to work with tvOS as well as the Magenta TV platform.

Following the complaints about the old Siri Remote, Apple this year also introduced a new Siri Remote with the sixth-generation Apple TV, which is all made of aluminum with a smaller touch-enabled trackpad and directional buttons. Although you can’t buy the Universal Electronics remote separately, Apple sells the second-generation Siri Remote for $59 if you’re not planning to upgrade your Apple TV.