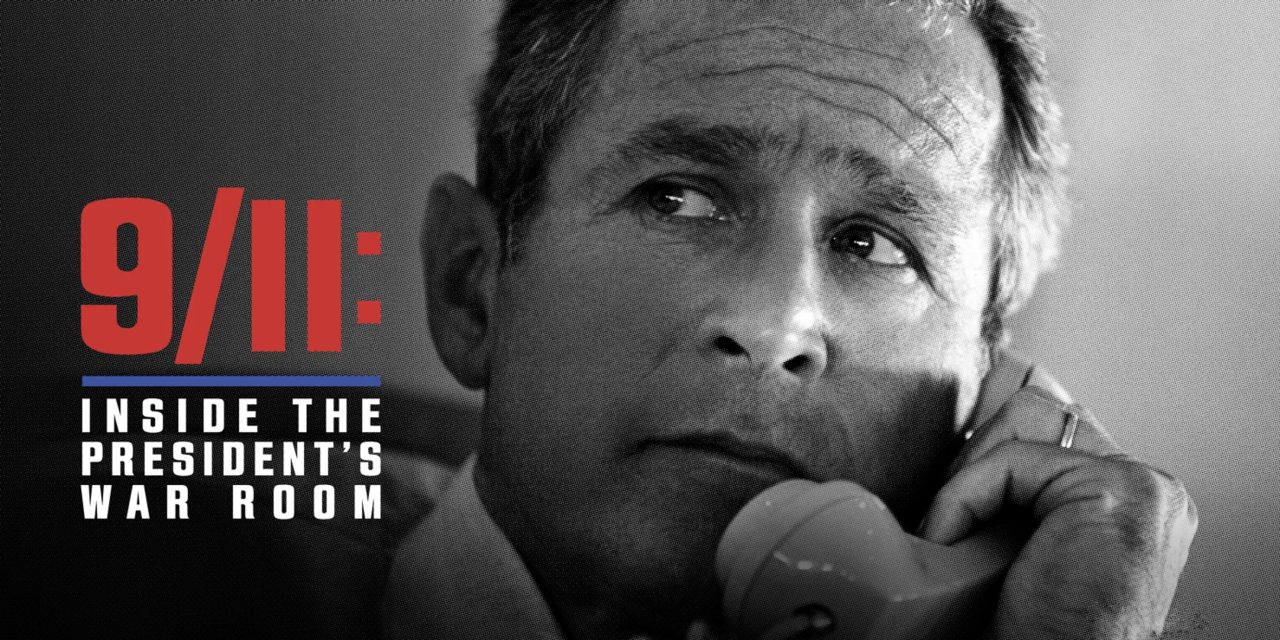 In commemoration of the 20th anniversary, Apple TV+ today launched its documentary on the greatest terrorism attack to strike America: ‘9/11: Inside the President’s War Room’ is now streaming worldwide on Apple TV+ (apart from the UK, where it is currently only available on the BBC).

As the program is a co-production between Apple and the BBC, the documentary was first premiered on broadcast channel BBC One in the UK and is available on iPlayer catch-up. It is now available in all other countries on Apple TV+. (In the UK, it will appear on Apple TV+ at a later date.)

The documentary offers exclusive interviews with President George W. Bush and his chief of staff and closest advisors at the time of 9/11. They break down the government’s actions in response to the initial reports, first dismissed as a tragic accident, and how that quickly changed as the full nature of the terrorism activity (and onset of war) became apparent.

The documentary also shines a light on the shortcomings of technology of the time, with the President’s team on Air Force One often unable to communicate to the bunker where the Vice President was staying. Air Force One’s access to phone lines and news broadcasts was also impaired.

‘9/11: Inside the President’s War Room’ combines narrative and interviews with gripping photography of the events, including an endless reel of shots from within the war room itself.

Next week, Apple TV+ will also release a filmed version of the Broadway music ‘Come From Away’, whose events take place in the week following the 9/11 attacks.