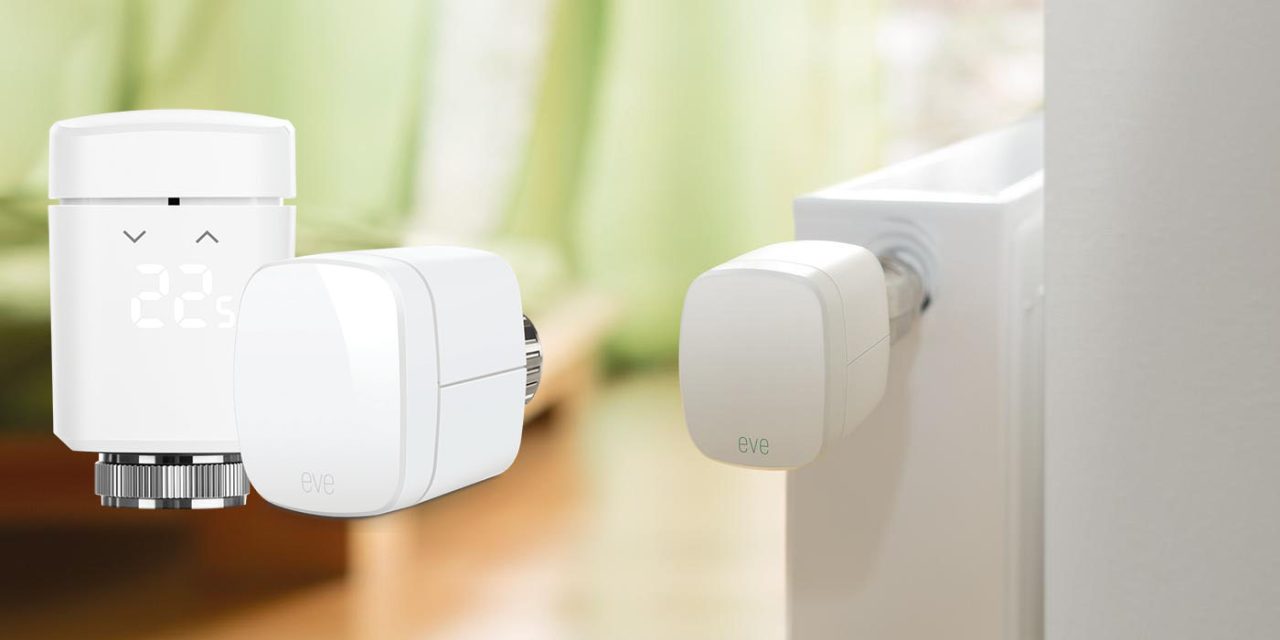 Smart home device company Eve has been adding Thread support to its product lineup, and the Eve Thermo is the latest HomeKit-compatible device to be updated.

The Eve Thermo is a smart radiator valve that allows you to control the temperature of individual rooms in a variety of ways, including Siri …

Conventional smart heating systems allow you to set a target temperature for, usually, a single thermostat. But you may want different temperatures in different rooms at different times, such as a bedroom and a living room, and may want only maintenance heat in unused rooms like guest bedrooms when nobody is visiting.

Eve Thermo provides a solution, attaching to individual radiators to allow them to be automatically controlled to hit a target temperature for that room.

Thread is an advanced technical standard for the control of smart home products supported by many companies, including Apple. Instead of each device needing to communicate with a fixed hub, control messages can be passed on by any Thread-compatible device in your home. This includes the HomePod mini.

Here’s how Eve describes the benefits of Thread:

First, it is a peer-to-peer mesh network, which means the devices do not need a direct connection to a central hub to communicate with each other. Second, it is designed to be a self-maintaining and self-healing network, so even if some devices come and go, the connection will still be kept alive and the network will automatically reconfigure itself as needed. Third, it is designed from the ground up with the smart home in mind, which means a special focus is made on the battery life and power consumption for the devices that do not have a permanent power supply.

Thread is a mesh network. Which means, the devices on the network can talk to each other independently of some bridge or central hub. Even more so, they can relay messages to other devices by passing them through so they reach some device otherwise inaccessible due to the range, walls, or other factors. And the network can organize itself independently if some devices disconnect from the network.

Eve added Thread support to three of its products back in April, and HomeKit News reports that the Eve Thermo has followed today.

German smart Home product manufacturer Eve, today released the long-awaited update to the newer version of the Eve Thermo, which adds Thread functionality. This was announced as a forthcoming update by the company at the tail end of 2020, which follows on from other Eve products that now have either seen newer products with Thread released to market, or have had Thread activated in current products.