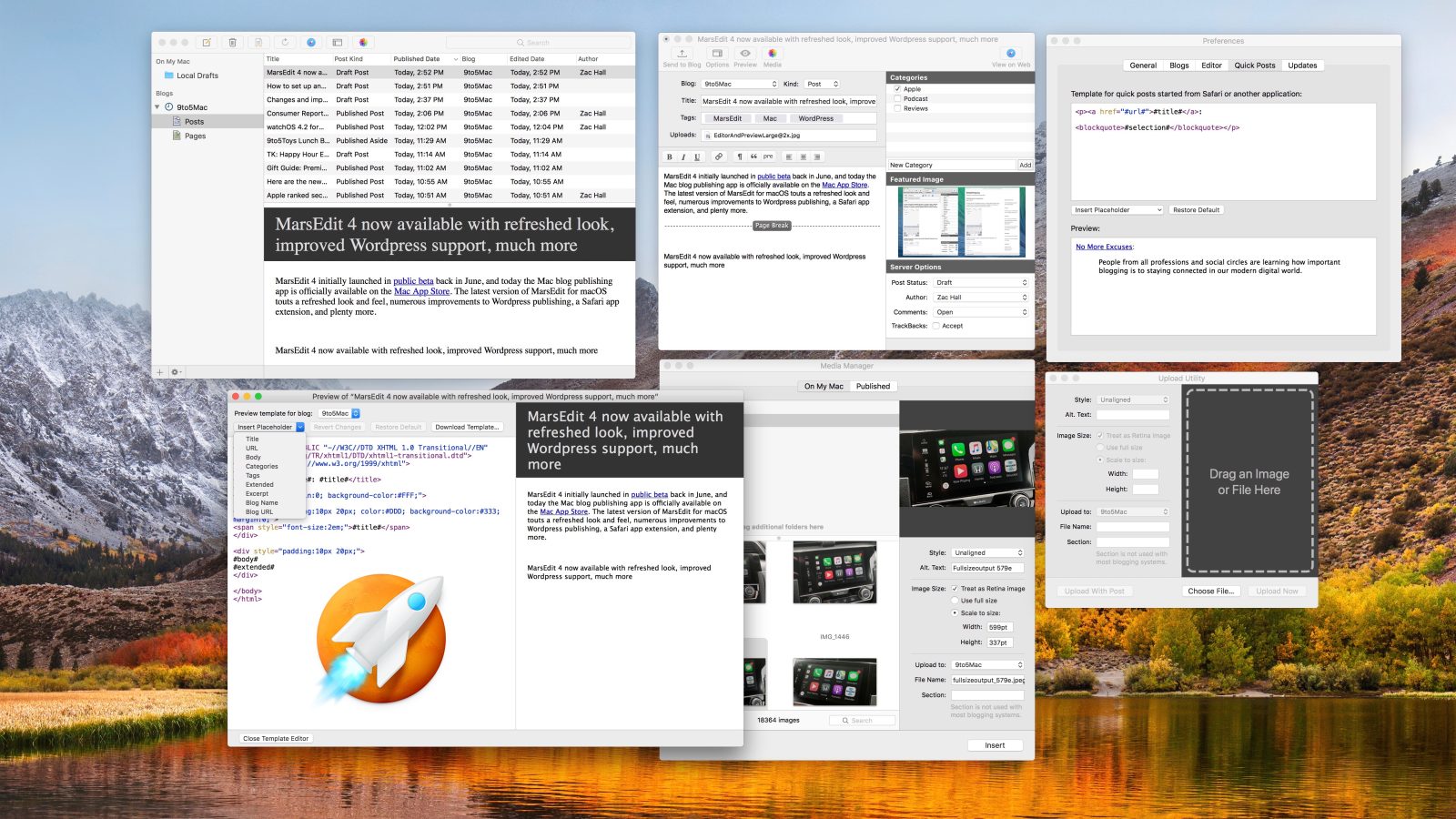 After you refresh your blog in MarsEdit 4.5, all the existing images and files from your blog will be available for re-insertion from the Media Manager’s “Published” tab.

Developer Daniel Jalkit explains that this tab previously included only files that are uploaded from MarsEdit itself. With WordPress updating its API to support downloading a complete list of the published media files, Red Sweater was able to give MarsEdit this big update.

In a blog post, Red Sweater says that non-WordPress blogs will continue to support listing files that were uploaded by MarsEdit, but in the future, the app could receive media syncing to other systems when possible.

In addition to media syncing for WordPress, there are a number of other improvements in 4.5. Here’s the complete list of changes for the release:

You can download MarsEdit on the Mac App Store here. It’s free to download but requires a license so users can take advantage of all the features.