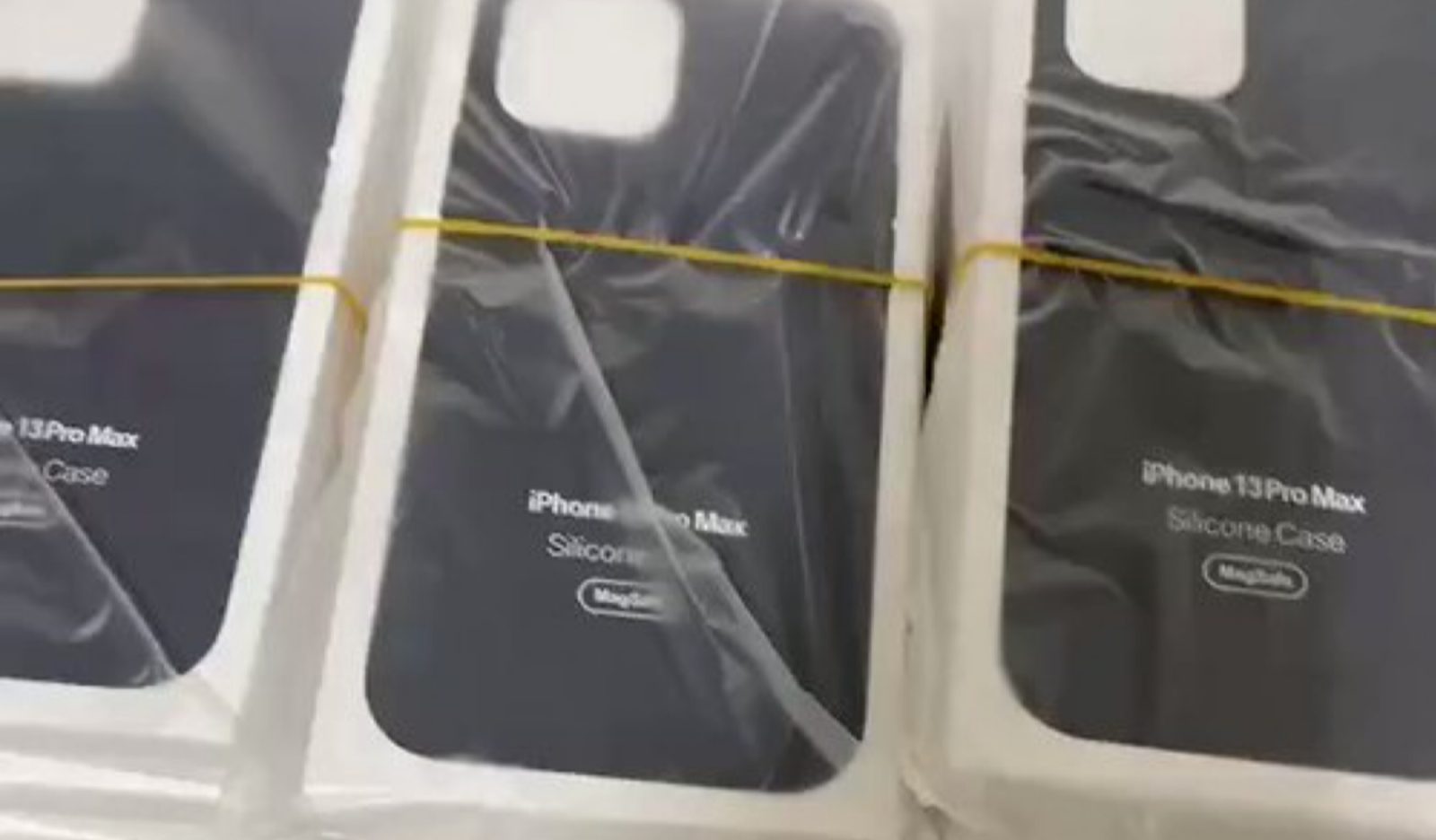 A leaker that goes by the name “PinkDon” has shared a new video of what appears to be iPhone 13 Pro Max MagSafe cases being packaged for distribution. It was previously unconfirmed whether or not this year’s iPhones would adopt a “12S” or “13” naming scheme. Keep in mind that these cases very well might be fake.

Update: The video has been deleted by the original poster. I don’t want to speculate what this could mean, but continue to take the leak with a grain of salt.

The video shows tons of black silicone Apple MagSafe case boxes being wrapped in plastic and organized for distribution. No other case colors or materials like leather are seen in the video.

It’s expected that Apple will refresh their MagSafe case collection with new colors with the launch of this year’s iPhones, as they have done in the past.

As we noted above, these cases could be fake. There are plenty of convincing fake MagSafe cases floating around these days. So take this with a grain of salt.

It’s likely that we are only a week or two away from the official iPhone 13 announcement, so it won’t be surprising to see more leaks like this pop up over the next couple of days.