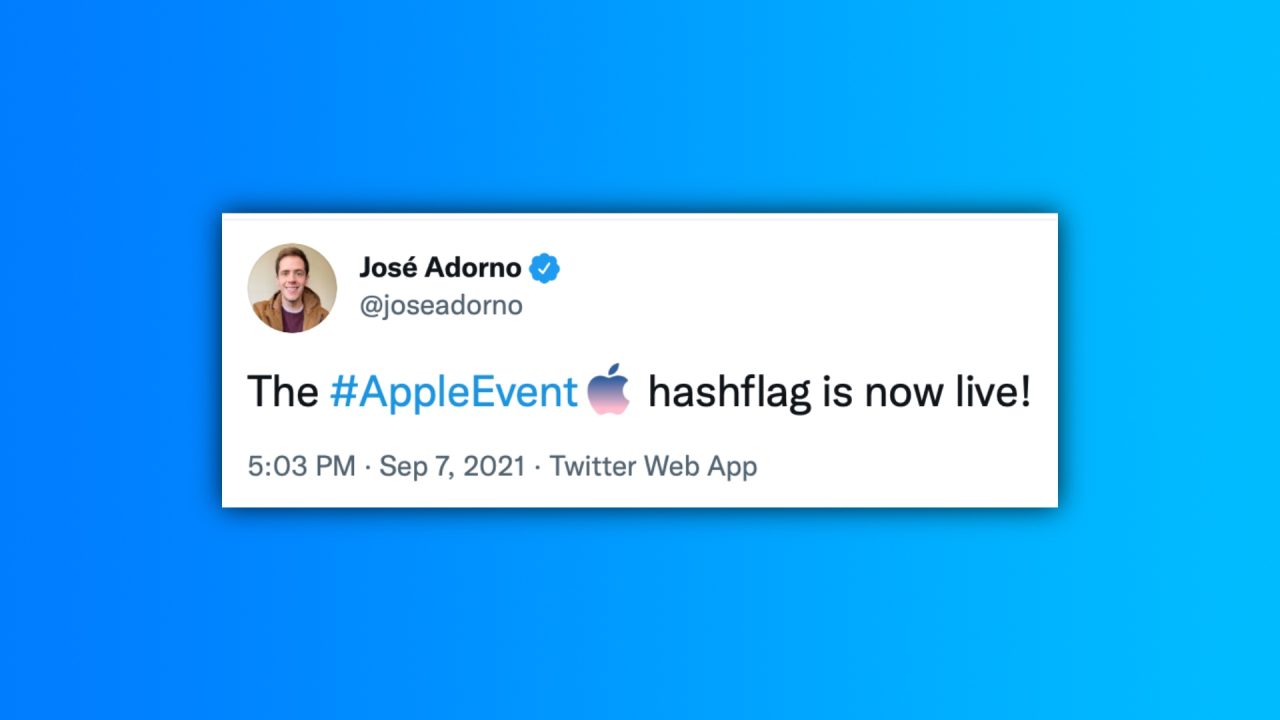 Following the announcement of Apple’s September 14 event, the company has added a new hashflag to Twitter. When you tweet the hashtag #AppleEvent, Twitter will display a mini version of the Apple logo depicted in the event’s invitation.

This isn’t Apple’s first hashflag on Twitter – last year Apple used multiple different hashflags to promote their fall events. This year, Apple created hashflags for the Spring Loaded event and WWDC21. You can see all of those animated hashflags over on hashflags.io.

This new hashflag will be live from today until December 6 and combines the background of the event invitation.

At this year’s September Apple event, we expect Apple to officially announce the iPhone 13, which is expected to bring a handful of new features. Rumors changes include a smaller notch, camera enhancements, ProMotion 120Hz display technology, and more.

The company is also planning new AirPods that could be announced at the September event. AirPods 3 are rumored to feature a design similar to AirPods Pro but without replaceable ear tips, and features like Active Noise Cancelling and Transparency mode.