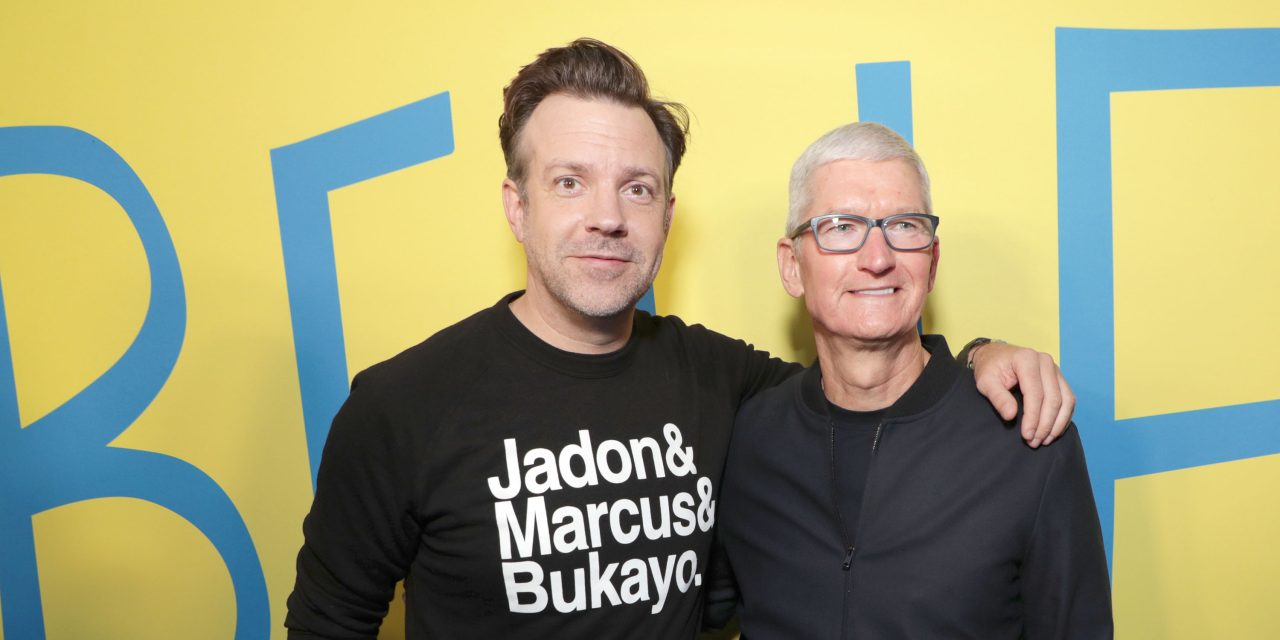 A new report from the Hollywood Reporter today explores the increasingly complex negotiations taking place behind the scenes between Apple and Warner Bros. in regards to Ted Lasso. The report details that the two are in negotiations regarding a variety of things, including linear TV rights, contracts, and the fate of the show after the third season.

According to the report, the stars of Ted Lasso recently engaged in contract renegotiations with Warner Bros. Television, which netted “them all sizable pay increases.” This also included writers and executive producers, with the renegotiations between Warner and the writers actually delaying the start of season three work. Contract negotiations like these are common for a show that is perhaps more popular than anticipated.

Sources say rich new deals with the all the writers — who were poised to start work in August — were hammered out over the weekend ahead of the new Sept. 13 start date. Sources say the writers room officially began work Sept. 13 on season three. Further delays could have jeopardized Apple’s intention bring Ted Lasso back in summer 2022 after the sophomore season returned July 23 with six times the viewership of its series debut a year ago.

The new deals will net Jason Sudeikis “in the vicinity of $1 million an episode” for season three. This includes creator fees, compensation for his role as Ted Lasso, as well as compensation for being the head writer and an executive producer. This is a notable increase from the $250,000-$300,000 per episode he earned for seasons one and two.

Meanwhile, Apple and Warner Bros. are also in negotiations on the future of the show. Warner wants Apple to cover the “rapidly rising costs of producing” Ted Lasso, with the show apparently not driving much profit for Warner despite its popularity. The two are also in negotiations over the linear rights of the show, which are currently held by Warner.

As per the current deal, Warner is able to air reruns of Ted Lasso on its linear TV networks, such as TNT, TBS, and The CW, “within a few years after the conclusion of season three.” Apple, however, wants to maintain all rights to the show:

Those linear rights would be a boon for Warners and help drive revenue for a show that many say has not been very profitable for the studio despite its status as a cultural phenomenon. (Multiple insiders say Warners could have moved faster to launch merchandising that would have generated additional revenue for the series that they co-own with passive partner Universal TV.) Apple, meanwhile, doesn’t want to see its crown jewel on any other platform besides its own as the streamer, like others, looks to retain its original content on an exclusive basis to help draw and maintain paying subscribers as it builds up an impressive roster of original titles. Delaying the linear launch is also on the table as part of the discussions, per sources.

Finally, there is still uncertainty about the fate of Ted Lasso after season three. In the past, creator Bill Lawrence has said that Ted Lasso could be a three-season show. More recently, however, Lawrence appeared to walk back that comment.

Today’s report from the Hollywood Reporter says that Warner, Apple, and Bill Lawrence “would love for Ted Lasso to continue well beyond a third season” and that the renegotiated contracts “include options for subsequent seasons.” Ultimately, however, the future of the show is in the hands of Sudeikis:

Ultimately, the future of the show is in up to Sudeikis, a father of two who spends six or seven months out of the year filming the show in London. “You have two companies arguing over a successful show,” notes one insider. “Do you pay a larger premium? Does the show go on longer than three seasons? If not, no. If so, yes. Linear rights are huge; what are linear rights worth for a show that runs 34 episodes?”

Ted Lasso is available to stream now on TV+, with new episodes releasing weekly, and the third season is expected to begin production in January.