All of the ways the new iPad mini is better than the iPad Air: cameras, processor, 5G, and more 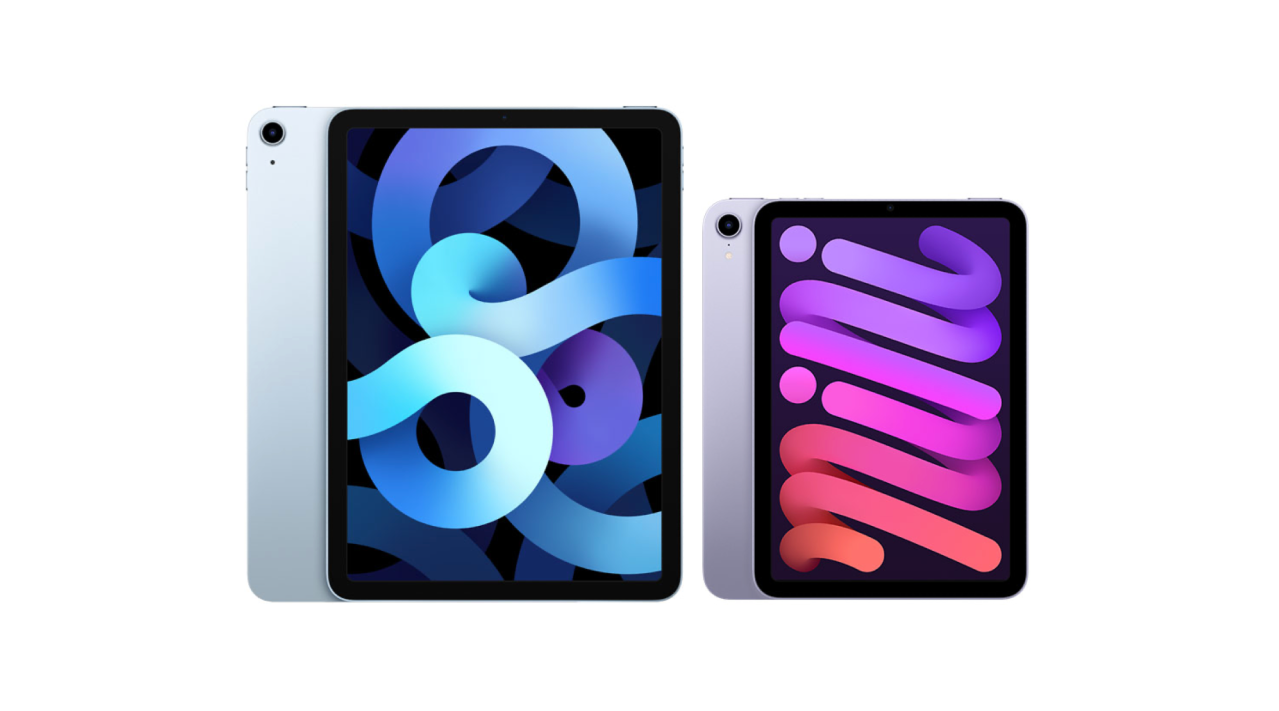 The rear camera on iPad mini is also 12MP like iPad Air, but it gains a quad-LED True Tone flash. This addition is presumably due to the more portable nature of the iPad mini. The video camera capabilities have improved substantially. The iPad mini gains the ability to shoot 1080p HD video in 25 fps and 30 fps as well as a new extended dynamic range for video up to 30 fps.

Another major hardware difference is the processor onboard. The iPad mini has the all-new 5-nanometer A15 Bionic chip that’s also in the iPhone 13, whereas the iPad Air continues to use the A14 chip from last year.

As has been reported by several outlets, the A15 appears to be a marginal improvement over the A14 chip, so you won’t necessarily notice any performance differences in day-to-day use. But you may get an extra year of software updates in the long term.

iPad mini cellular models have 5G compatibility, unlike the iPad Air which remains LTE only. Apple has also added compatibility for 2 additional gigabit LTE bands. While 5G may not make a significant difference to a lot of people, it will to folks who live in areas where 5G is prominent and faster than LTE.

Other features of the display remain the same as the iPad Air. The mini also has True Tone, P3 wide color, full lamination, and an oleophobic coating. It also gets as bright as 500 nits like the iPad Air.

The only obvious visual differences between the iPad Air and the iPad mini are the color options. The iPad mini is available in three brand new colors: pink, starlight, and purple in addition to the regular space gray. iPad Air is still available in sky blue, rose gold, green, silver, and space gray. In other words, the new iPad mini better matches the most recent Apple devices like the iPhone 13 and Apple Watch Series 7.

The new iPad mini starts at $499, $100 less than the iPad Air. With the improved technical specifications it’s a great deal. The only key thing you lose with iPad mini is compatibility with the smart keyboard folio and the magic keyboard. Although buyers who choose the iPad mini are unlikely to want to use it with a keyboard anyway.

The iPad mini is available in the same two 64GB and 256GB configurations with optional cellular connectivity. You can order the new iPad mini now and it will be available in-stores or delivered next Friday the 24th.

It’s unclear when Apple will update the iPad Air with the features added to the iPad mini like the better cameras, 5G, and A15 processor. MacOtakara has previously reported that we will see a new model sometime in 2022. It’s expected to include an improved display, 5G, dual cameras, and more. Although take this with a grain of salt, as the same report said the iPad mini would not see a major design overhaul as it did yesterday. DigiTimes has also stated that the iPad Air will likely adopt an OLED display for the first time. We can probably expect the next iPad Air to come in the same new colors as the iPad mini if it is unveiled early in 2022.