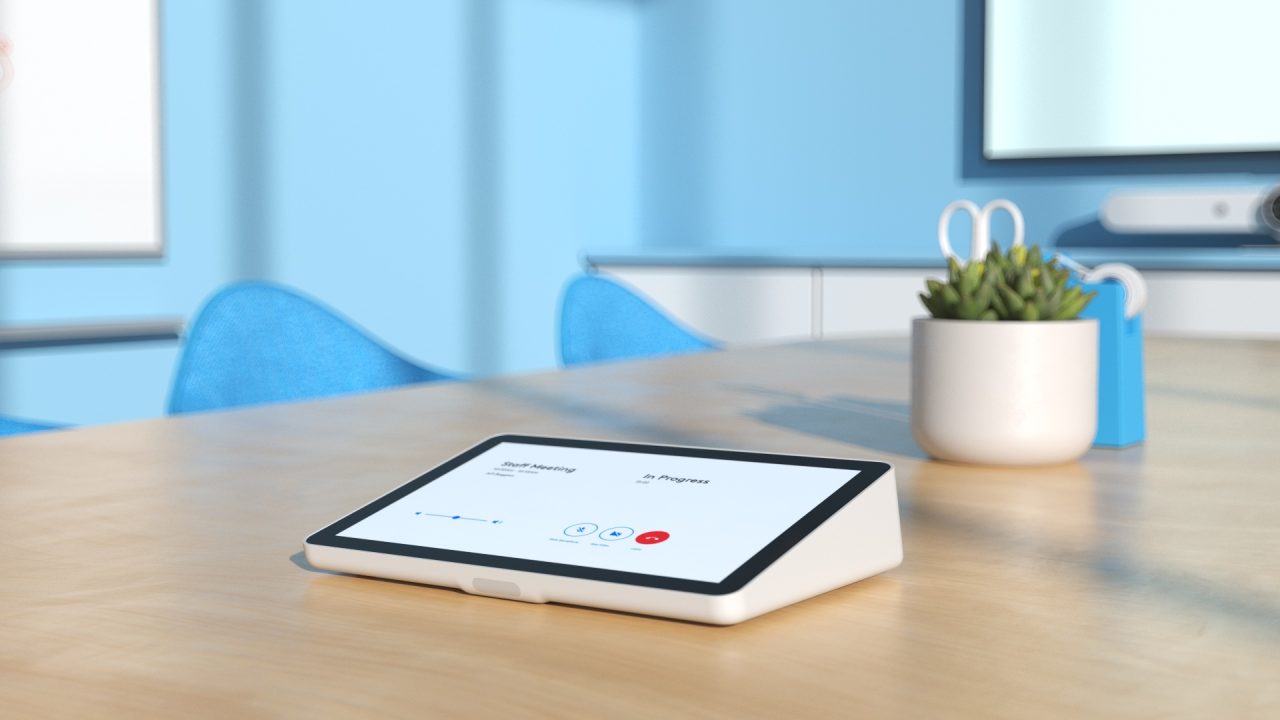 Logitech Tap IP features a 10.1-inch screen and a system ready for integration with platforms such as Microsoft Teams, Zoom, and Ring Central. By connecting to these platforms, users can create or join meetings right from the Logitech Tap IP.

The device can be placed on a desk or even on the wall thanks to the built-in VESA mount. A single Power over Ethernet (PoE) cable powers and brings network connection to the Logitech Tap IP — and of course, it can also be connected over Wi-Fi. With its built-in motion sensor, Tap IP has “always-on readiness” as the company says.

Meetings start with just one touch with Logitech Tap IP, a touch controller for Microsoft Teams Rooms on Android, Zoom Rooms, and other popular video conferencing services that – together with a Logitech conferencecam – deliver a reliable, consistent experience from room to room.

Another product announced by the company is the Logitech Tap Scheduler which, as the name suggests, helps users manage their meetings in person. Tap Scheduler is ideal for corporate environments as it can easily be placed on the wall to indicate upcoming and ongoing meetings.

The device works with the Microsoft Room, Zoom, Robin, and Meetio platforms to show details about scheduled events.

Tap Scheduler makes it easy to see meeting details and reserve a room for ad hoc or future meetings. Easily deploy as a purpose-built scheduling panel for leading room scheduling solutions to help workers find and claim the right space.

According to Logitech, both Tap IP and Tap Scheduler will be available this fall at $699 each. Compatibility with more platforms will be added with future updates, and the devices are expected to be available worldwide. They join the recently announced Logi Dock, which offers an all-in-one solution with multiple connections and even a built-in speakerphone.