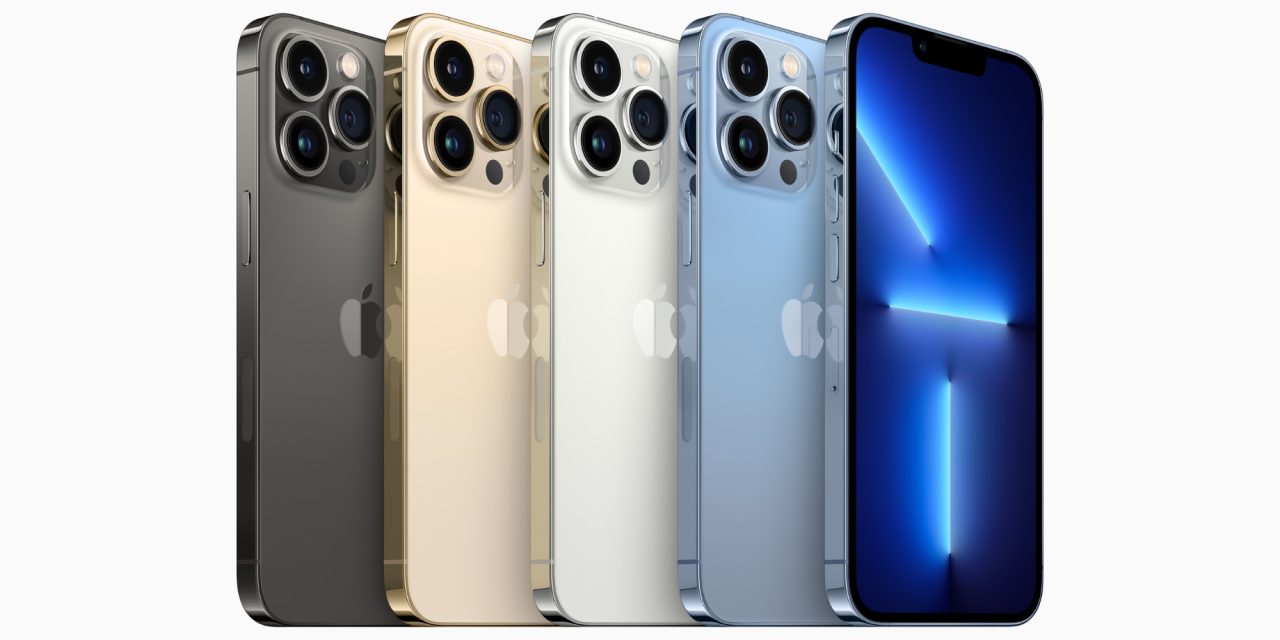 Last week, Apple officially showcased its iPhone 13 lineup for the first time. Now you can lock-in your order as listings have already gone live, with various retailers delivering notable discounts on day one. Below you’ll find all of the best iPhone 13 launch deals from AT&T, Verizon, T-Mobile, and many other providers.

iPhone 13 pre-orders start at 8AM ET

iPhone 13 pre-orders, alongside the rest of the new iPhone 13 lineup, are set to launch at 8 a.m. ET/5 a.m. PT come September 17. This year’s refresh is delivering some of the best offers in years when it comes to getting shoppers to upgrade to Apple’s latest. Across all four of the new iPhone 13 handsets, pre-order deals are giving you a chance to get in on the new action for less. The first iPhone 13 devices are slated to arrive next week on September 24.

This time around, iPhone 13 arrives with a 6.1-inch display that iterates on last year’s flat design to deliver a refreshed take on the iPhone 4 stylings. Alongside a redesigned camera array around back, you’re looking at plenty of new inclusions on the Pro models, including ProMotion displays and more. Get a closer look at the entire lineup right here.

Kicking everything off, Verizon is giving new customers a chance to save up to $1,000 on iPhone 13 Pro Max models. Those savings will be applied over the required 24- or 36-month contract on an unlimited plan as bill credits with each payment. You’ll also be able to take advantage of up to $500 in prepaid Mastercard credit when switching over from another carrier.

Over at AT&T, the iPhone 13 Pro Max pre-orders continue with much of the same focus on contracts. Those who do sign up will be able to save up to $1,000 on the new flagship handset. You’ll need to supply an eligible trade-in to actually enjoy those steep savings, though which equates to scoring the handset from just $2.75 per month.

T-Mobile on the other hand is sticking to its status as the Uncarrier with a unique forever upgrade plan that promises as much as $800 in trade-in credits on a new iPhone every two years. This is a particularly notable offer for those who don’t plan on upgrading every single year and locks in the major savings well into the future, even if it technically isn’t forever. Like the other offers above, the savings will be applied each month via bill credits.

Moving away from the big three carriers, Xfinity Mobile is staking a claim on the best iPhone 13 Pro Max pre-order deals by delivering $300 off the handset when you port over an existing number. That’s on top of the bonus $300 Visa pre-paid gift card. So if you don’t have an existing handset to trade in this may be one of your better bets out there.

Best Buy is now getting in on the savings by taking $100 off iPhone 13 Pro Max when you pre-order and activate on a plan. You’ll be able to choose between many of the different carriers, with the added perk of no trade in being required.

Last up, Walmart is rounding out the pre-order deals out by taking $100 off handsets on whichever carrier you choose.

Buy a clear case for your new iPhone 13 Pro max

Just like with the flagship offering, Verizon will be taking the same up to $1,000 off iPhone 13 Pro. That final total of course depends on which device you end up trading in and which storage capacity you go for, but the added $500 credit as noted above still applies.

AT&T is offering one of the most enticing iPhone 13 Pro offers, letting you score the handset for $0. That’s right, no cash at all. The one stipulation here is that you’ll still have to provide an eligible trade-in and stay locked into a plan for 36 months. Otherwise, this is one of the best iPhone 13 pre-order deals around, period.

Just as with the 13 Pro Max, T-Mobile is carrying its upgrade forever savings to the other Pro handset in Apple’s latest stable. You’ll be able to lock in $800 in trade-in credit going forward by handing over a device now and starting the cycle of upgrading every two years to get Apple’s new iPhone 13.

As for Xfinity Mobile, the carrier doesn’t mind which of the iPhone 13 Pro or Pro Max devices you pick up on day one, as those aforementioned $300 savings and $300 Visa credit perks still apply on the smaller of the two. The same requirements apply, meaning you need to have a number ready to port over. Otherwise, the savings will be applied each month to your bill, no trade-in required.

As for the iPhone 13 Pro at Best Buy, you can lock-in $100 in savings by activating the phone on a carrier when you pre-order. There’s no trade in required either, so those looking to get in on the savings without giving up a previous device will want to check out this offer.

And last up for the iPhone 13 Pro, Walmart will give you $100 off the smartphone on whichever carrier you are already signed up with or want to move to.

Buy a clear case for your new iPhone 13 Pro

Moving onto the smaller handsets, iPhone 13 is also seeing some notable pre-order deals headlined by Verizon. Count in the $500 credit for switching from another carrier alongside the $800 in trade-in credit from handing over your existing device, and you’ll be all set to start rocking Apple’s latest smartphone come September 24. Just keep note of the monthly bill credits and being locked into an either 2- or 3-year contract.

AT&T is offering $700 in savings on the iPhone 13 over the course of 36 months with a trade-in. There’s no need to sign up for a new plan in order to take advantage of the offer, so long as you’re already on an unlimited plan.

T-Mobile is carrying the same promotion over to the iPhone 13, making for one of the best pre-order deals out there for those who want to commit to the Uncarrier for life. You’re looking at a never-ending guarantee for $800 off your next handset when you upgrade every 2-years, applied at bill credits.

Have a phone number to port over but not a handset? Xfinity Mobile will hook you up with the iPhone 13 alongside $300 off the usual price and a $300 Visa gift card.

No trade in required, right now at Best Buy you can score the iPhone 13 with $100 in savings attached. Just activate right when you pre-ordered on whichever carrier you prefer, and you’ll be all set to take advantage of the savings come Friday.

Slash $100 off the iPhone 13 by taking advantage of Walmart’s promotion, which delivers the handset on whichever carrier you’d prefer. Best part? There’s no trade in to worry about, so those looking to get in on the latest from Apple won’t have to fuss over getting the most value from their carrier.

Buy a clear case for your new iPhone 13

Wrapping up Verizon’s list of pre-order deals, the iPhone 13 mini is also eligible for up to $700 in savings, just with the right device trade-in. With the additional $500 in credit for switching, there’s plenty of cash to convince you to go with this offer over the others.

Fancy the smallest of the iPhone 13 series handsets? Going with the mini also means you can pay quite the minuscule price for the handset. AT&T will let you walk away with zero cash upfront when trading in an eligible handset. That’s $0 to own Apple’s latest, and easily one of the best iPhone 13 pre-order deals out there.

Upgrading to the iPhone 13 mini may very well have you become a loyal T-Mobile customer, as there is up to $800 in trade-in value to score when you agree to upgrade to a new phone every two years.

Just like all of the other Xfinity Mobile iPhone 13 pre-order deals, the mini is seeing $300 cut off of the price on top of a $300 credit in the form of a Visa gift card.

And last up for the iPhone 13 mini, Best Buy is carrying over its $100 in savings for those who don’t want to trade in a device. You’ll just have to activate right when you pre-order to benefit from the promotion.

As you can likely expect from Walmart at this point, the iPhone 13 mini is seeing the same $100 in savings as the rest of the new Apple handsets. No trade-in is required, though the savings will come as bill credits over your preferred carrier’s plan.

Buy a clear case for your new iPhone 13 mini

Now that you’ve pre-ordered your new iPhone 13 series handset, make sure to swing by our roundup of the best cases for your new device. Also be sure to keep it locked to 9to5Toys for all of the best deals on everything Apple throughout the rest of the year.