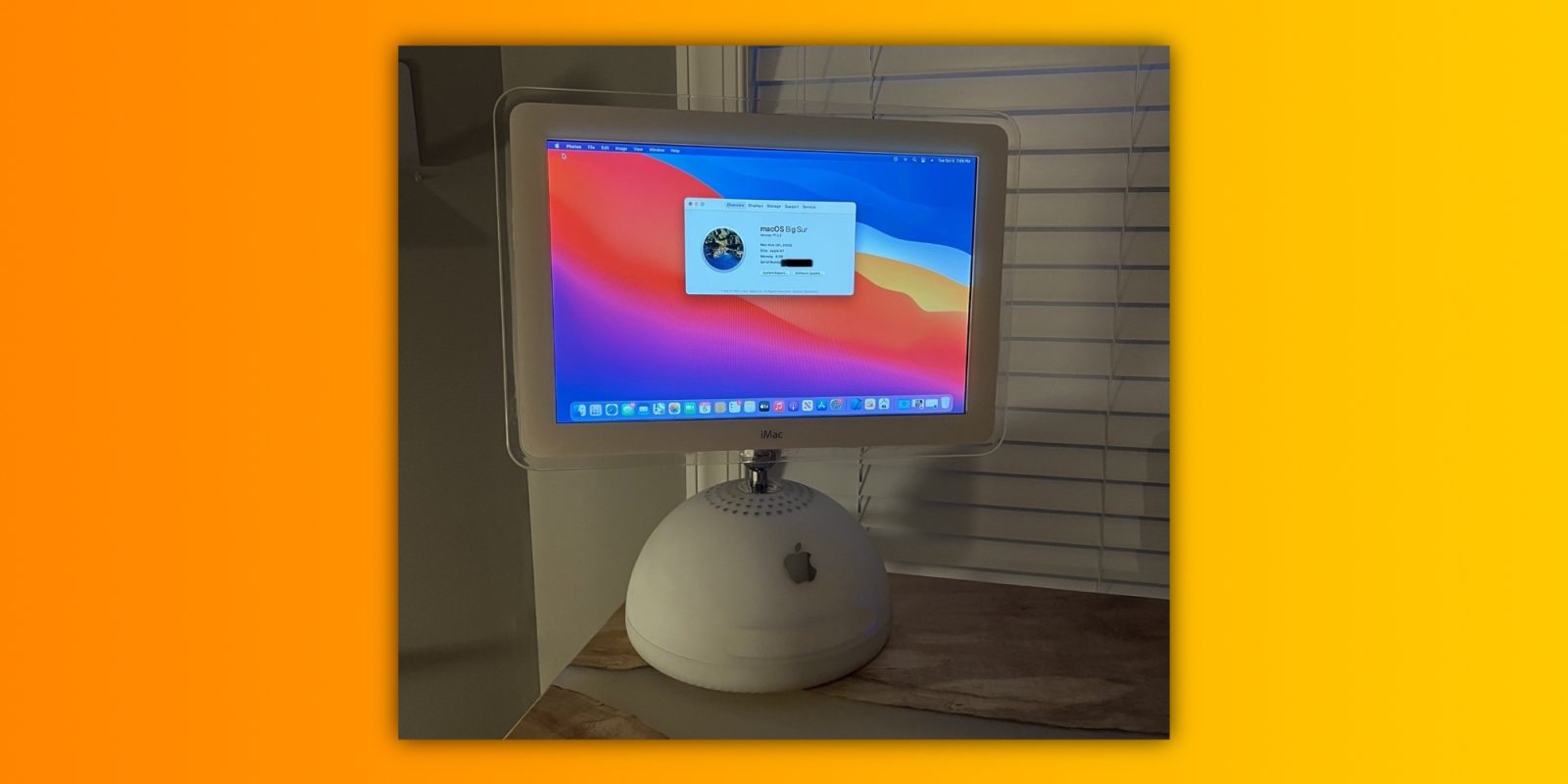 In a tribute to Steve Jobs, iOS developer Colby Sheets transformed the almost two-decade-old iMac G4 into an M1 Mac machine. Have a look.

In celebration of Steve Jobs’ life and his inspiration to many, I wanted to show a passion project I’ve been working on that I think Steve would be proud of. Something that wasn’t possible 20 years ago but is now.

In a forum post, Sheets explained how he was able to do that, thanks to the M1 chip:

I’ve always wanted the iMac G4 since I was a kid and I knew a few people made some hackintosh’s with them but I didn’t want that, I wanted a real Mac. I always thought about putting the Mac mini internals in it but with intel chips it wouldn’t work for a couple reasons (size, heat/airflow). Well now with the M1 how thermally cool it runs, I thought I’d give it another shot!

He says that although he’s not an engineer, he reached out for some help during the process to upgrade his machine. One of the people he thanked was YouTube’s Pendleton115, which has a 2019 video of how to turn the iMac G4 into an external monitor.

In his tweets, Sheets explained that he pieced together the M1 Mac materials to create this iMac G4 with 8GB of RAM and the M1 processor. He also said that although he could replace the original display, he thought it would be best to maintain it the same, as there was “nothing wrong” with it.

The original iMac G4 was officially announced in January 2002 with a PowerPC chip, up to 256MB of SDRAM, and up to 80GB of storage. It was nicknamed as iLamp as it resembled Pixar’s lamp. Although it was discontinued after two years, it’s one of the most iconic Mac designs. Here is Sheets’ M1 iMac G4: