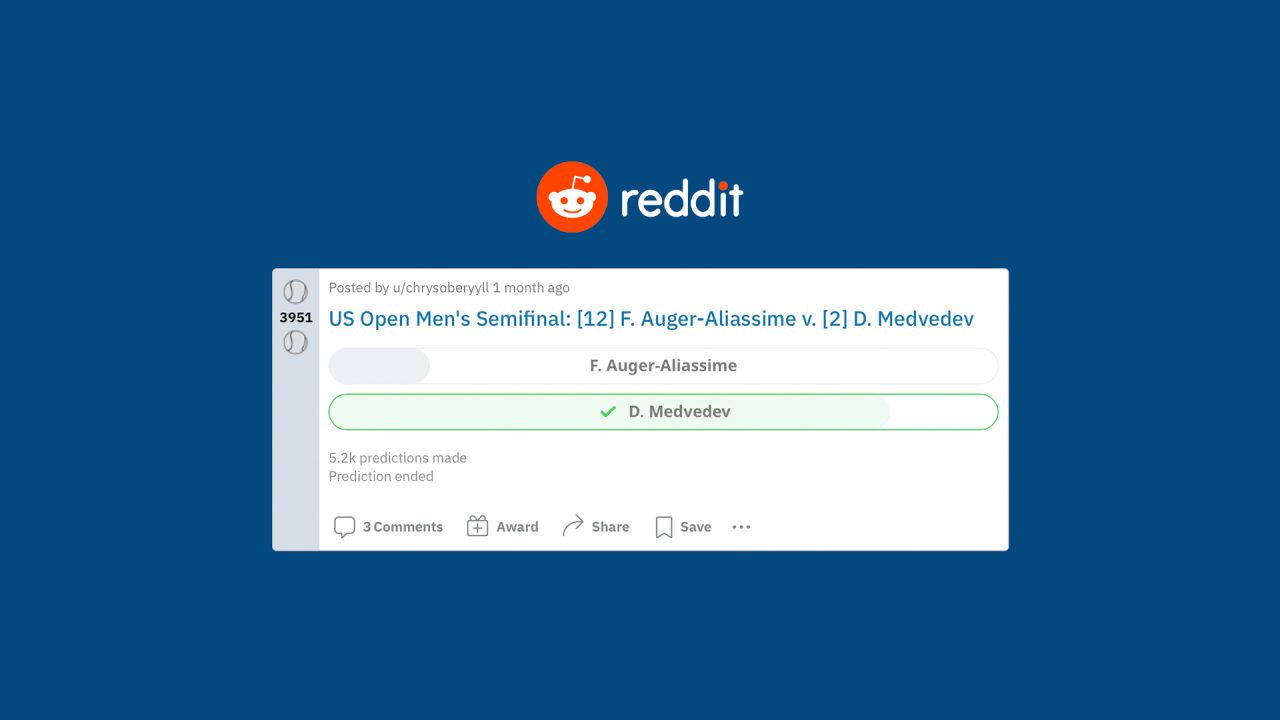 Reddit announced today that it is making its new “Predictions Tournaments” feature available globally. The feature has been tested with a small group of users and is now being rolled out to everyone around the world.

Predictions Tournaments are part of Reddit Polls, which were introduced two years ago to let users create posts with built-in polls. However, the Predictions feature goes beyond polls, as they let users “predict the outcome of an event or conversation.” There will be a leaderboard to highlight the users with the best predictions, which will be available for communities with at least 10,000 members.

Predictions is a feature off the back of Reddit Polls, and allows redditors to predict the outcome of an event or conversation. Who will win the game tomorrow? Which character will meet their fate in the next episode? Redditors can flex their knowledge of a topic by joining Predictions Tournaments (a series of Predictions) in their favorite subreddits.

In order to participate in a Predictions Tournament, you’ll need to use a number of tokens, which can be obtained for free by guessing the results. The more tokens you use, the more you will win if you bet correctly. And of course, the more tournaments you win, the higher you will rank on Reddit’s Predictions.

Reddit told 9to5Mac that the feature will begin rolling out to all users starting today, and users can already see some examples in the /tennis and /CryptoCurrency subreddits.