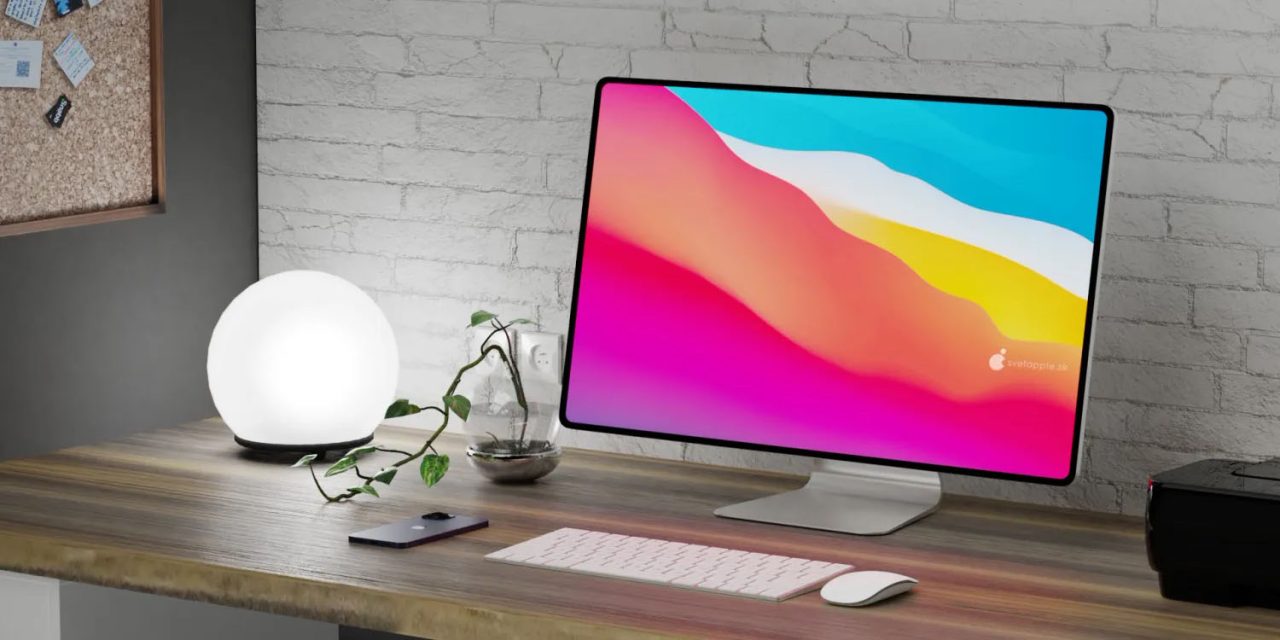 A new report today offers a claimed look at Apple’s 2022 iMac plans, namely to prioritize quality over quantity when it comes to the display. The report says that Apple is sticking to 27 inches for next year’s iMac, but will offer the same display tech used in the just-launched MacBook Pro models.

This contradicts expectations of a 32-inch iMac, which would seem the obvious next step for a couple of reasons …

First, the fact that a 27-inch display looks pretty cramped by today’s standards. I mean, it was a huge display when the first 27-inch iMac was introduced way back in 2009, but in 2021 it looks rather miserly. Indeed, 27-inch monitors are very commonly used in dual and triple monitor setups, rather than on their own.

I’ve admittedly gone to something of an extreme with my 49-inch monitor, but that’s effectively just a dual 27-inch setup without the distraction of center bezels.

Second, Apple chose 32 inches for its Pro Display XDR. It would have seemed logical to create the next-generation of iMacs to match this.

This morning, display analyst Ross Young tweeted that he expects Apple to launch a 27-inch iMac in the first quarter of 2022, featuring a mini-LED 120Hz display, just like the displays seen in the MacBook Pros unveiled this week.

Rather than increase the screen size, says Ross, Apple will instead focus on a significant boost to the quality of the display – bringing the same features as seen in the 14- and 16-inch MacBook Pro models.

That certainly has to be considered a plausible claim. As we noted, the source has a good track record in this field.

It would also make sense for Apple to introduce the latest display tech first to the smaller displays of MacBook Pro models, and later to the larger iMac ones.

At the same time, though, there’s something odd about the idea. Although some pro users like the form factor of the iMac, and would want the new display tech, they are also going to want the M1 Pro and M1 Max chips. Effectively a larger-screened, desktop version of the MacBook Pro.

So is this new model an iMac Pro? Maybe, but does it make sense to have a 27-inch pro Mac alongside a 32-inch pro monitor?

On the other hand, if it’s a consumer machine, does it make sense to have both a 24-inch and 27-inch consumer iMac? One can argue that 14 inches and 16 inches are also close in size, but small differences in dimensions and weight can be important when it comes to a laptop. For a desktop, such a small difference would seem odd.

Apple could have an M1-powered 24-inch iMac and an M1 Pro/Max iMac Pro, but then the company just separated screen size and performance in the MacBook Pro: You can spec out the 14-inch model with the exact same options and maxima as the 16-inch one.

Or is Young right about the display specs but wrong about the intended product? Is this actually for a 27-inch monitor to finally replace the discontinued Apple Thunderbolt Display? This was in fact Young’s original guess before he changed his mind.

Right now, I have more questions than answers.

If I had to bet, I’m going to go with it being an iMac Pro. Yes, it’s odd to have a 27-inch pro iMac and a 32-inch pro monitor, but perhaps the market for the Pro Display XDR is so tiny that it’s effectively irrelevant in this context. So Apple launches a new iMac Pro with M1 Pro and M1 Max options, together with the latest pro display tech.

27 inches does still feel small, but I know some pros like to have an all-in-one setup with a decent-size screen that is still transportable for on-site use, so perhaps that’s a decent chunk of the market.

That’s my best guess at how to make sense of this; what about yours? Please let us know your theories in the comments.