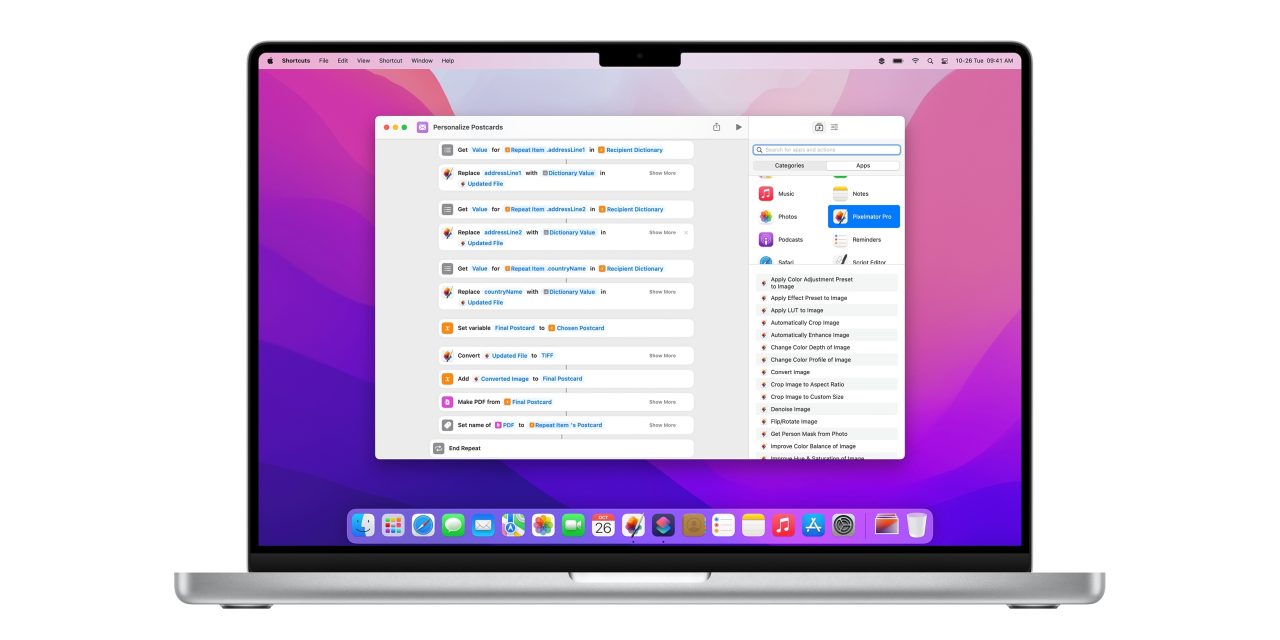 The prolific Pixelmator team has today released the latest update to their flagship image and photo editor, Pixelmator Pro. This version brings full support for macOS Monterey, including a library of Shortcuts actions, and takes full advantage of the power of the latest M1 Pro and M1 Max chips in the new MacBook Pros.

Pixelmator has always had good support for the classic Mac Automator app, and it is continuing the commitment to automation with an initial release of 28 different Shortcuts actions.

Alongside the Monterey compatibility and feature integration, Pixelmator Pro has also added a few new features into the core app. Split Comparison View allows users to compare the results of all edits to a particular layer, with a superimposed slidable split-view of what the layer looked like originally.

There is also a new Bokeh blur effect to add background blurs to images with a result similar to traditional camera optics. You can even import images from the FaceTime camera with portrait masks already available to simulate synthetic background blur compositions.

As always, you can update for free to to the latest release of Pixelmator Pro through the Mac App Store.