Twitter will soon let you customize the app’s navigation bar 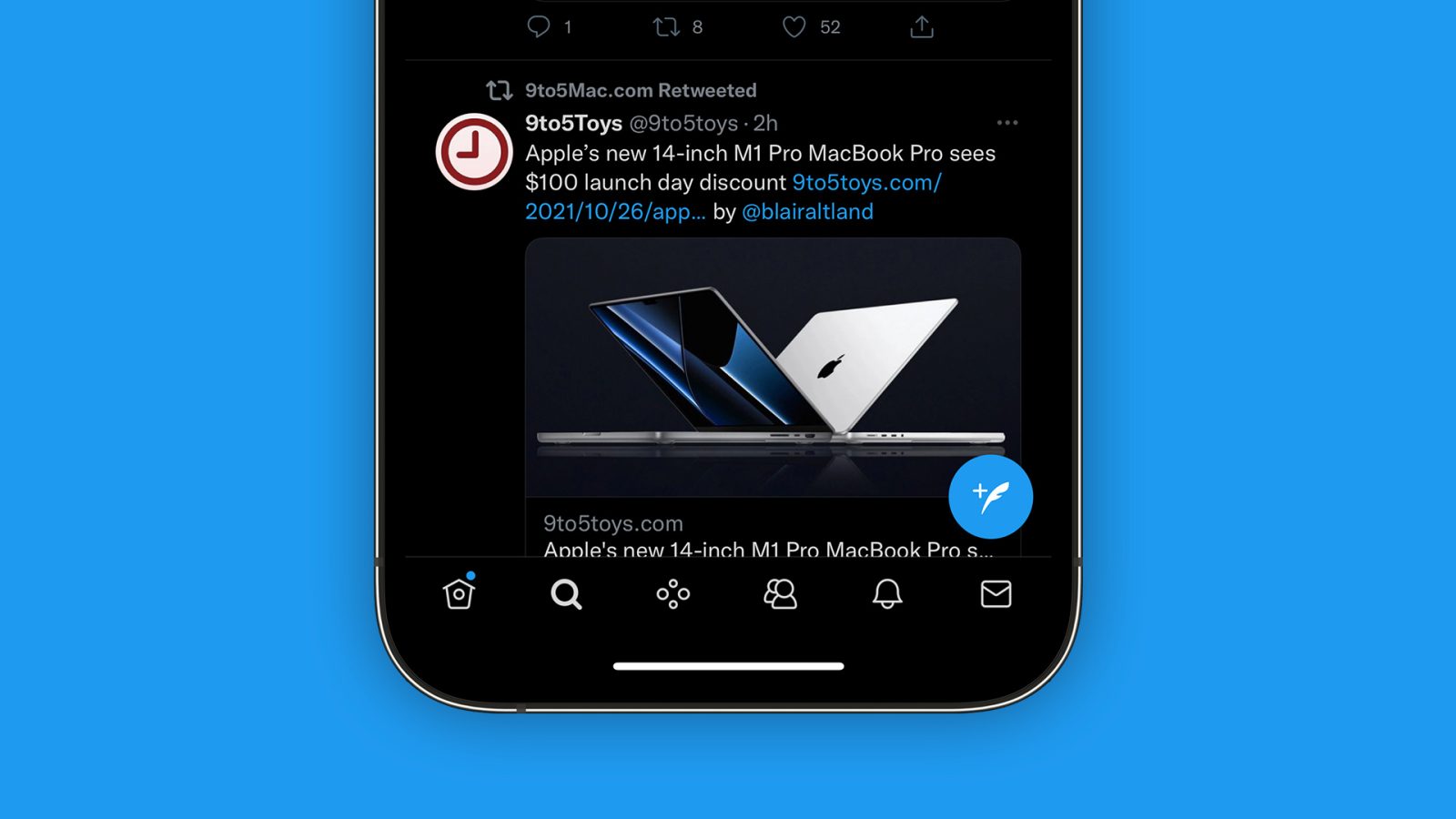 Twitter has been testing several new features for its mobile app recently, and users are about to get even more new things. The company is now working on an option to customize the navigation bar of the Twitter app on iOS and possibly Android as well.

As revealed by app researcher Alessandro Paluzzi, who is known for sharing hidden features on Twitter and other social networks, a new option found in the Twitter app will let users change the tabs in the navigation bar.

The app’s navigation bar shows Home, Search, Notifications, and Messages icons by default. However, with new features such as Spaces and Communities, Twitter’s navigation bar has been getting a bit bloated. With this change, which is still under development, each person will be able to choose the most useful shortcuts to add there.

Paluzzi says users will be able to customize the navigation bar with two to six items, with the Home icon being mandatory. There will also be tabs to access Lists, Bookmarks, Profile, and even Monetization.

The screenshot below shows what the new option should look like:

Unfortunately, the new customization option is not expected to be available to all users. Based on his findings, the app researcher believes that Twitter will restrict the new feature to Twitter Blue subscribers – which costs $2.99 per month and unlocks additional features in the Twitter app.

It’s unclear when the new option will be officially rolled out to users.