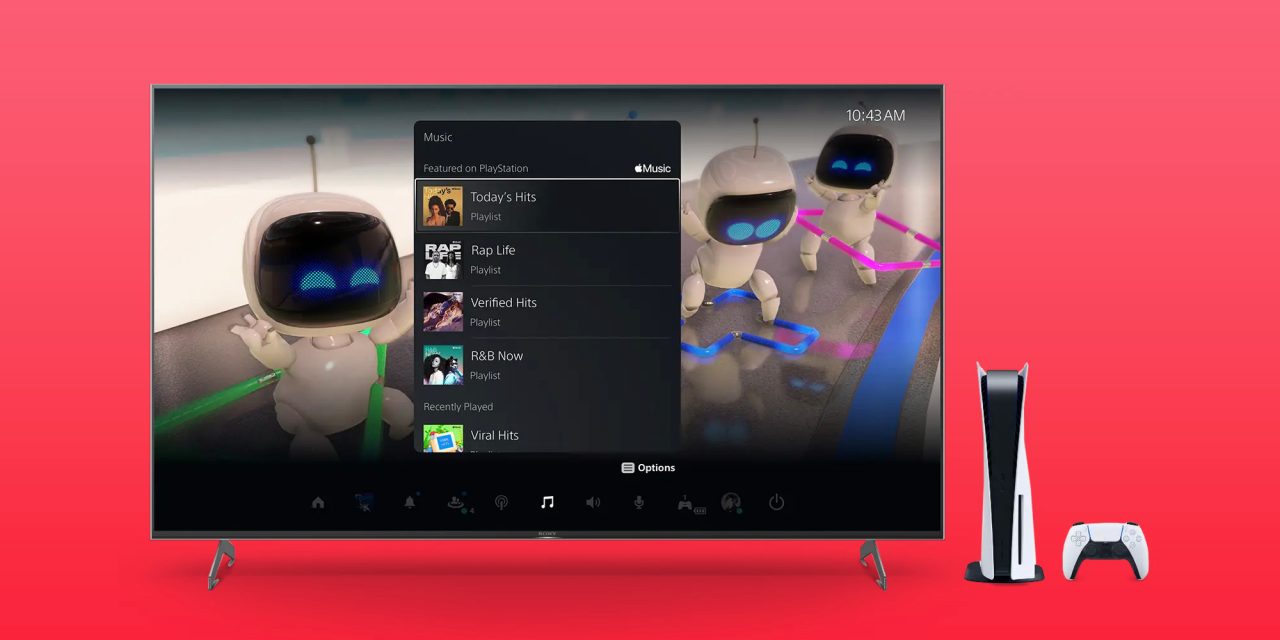 Apple and Sony announced yesterday that the PlayStation 5 is the first gaming console to feature the Apple Music app. With that, Apple’s music streaming service is now available in all the company’s devices, Android phones, a lot of Smart TVs, set-top box devices, and now the PlayStation 5. Unfortunately, one of the service’s best functions isn’t available and probably never will be on PS5.

As reported by TechRadar, although users can enjoy listening to songs on Apple Music while playing games on the PlayStation 5, it’s not possible to take advantage of the Spatial Audio feature.

The publication gives some details about the fact that the console doesn’t support Spatial Audio on Apple Music. The first one could be that Dolby and Microsoft have an exclusive deal for the Xbox Series X/S, although “both parties refuted those claims.”

Another point is that the “PS5 relies on Sony’s proprietary Tempest 3D Audio engine, which isn’t compatible with Atmos or DTS:X – though the PS5 will output Atmos-encoded audio from Blu-ray discs.” Last but not least, PlayStation 5 has limited Bluetooth support, which would also be a problem for users willing to enjoy Spatial Audio with their AirPods 3, AirPods Pro, or AirPods Max headphones.

One thing noted by 9to5Mac’s Benjamin Mayo is that in the announcement, Sony said that PlayStation is the “first” gaming console to add Apple Music, suggesting that Apple could expand its service to other streaming services such as Xbox and Nintendo Switch.

As of now, not even the PlayStation 4 features Apple Music but both PlayStation 5 and Xbox Series X/S have Apple TV+ available.

Only time will tell whether Apple will introduce Music to more platforms and if they will get Spatial Audio support or not. Even so, PlayStation 5 users can watch music videos in 4K and enjoy the service’s catalog of over 90 million songs while playing their favorite games.

What do you think about Apple Music on PlayStation 5? Tell us in the comment section below.