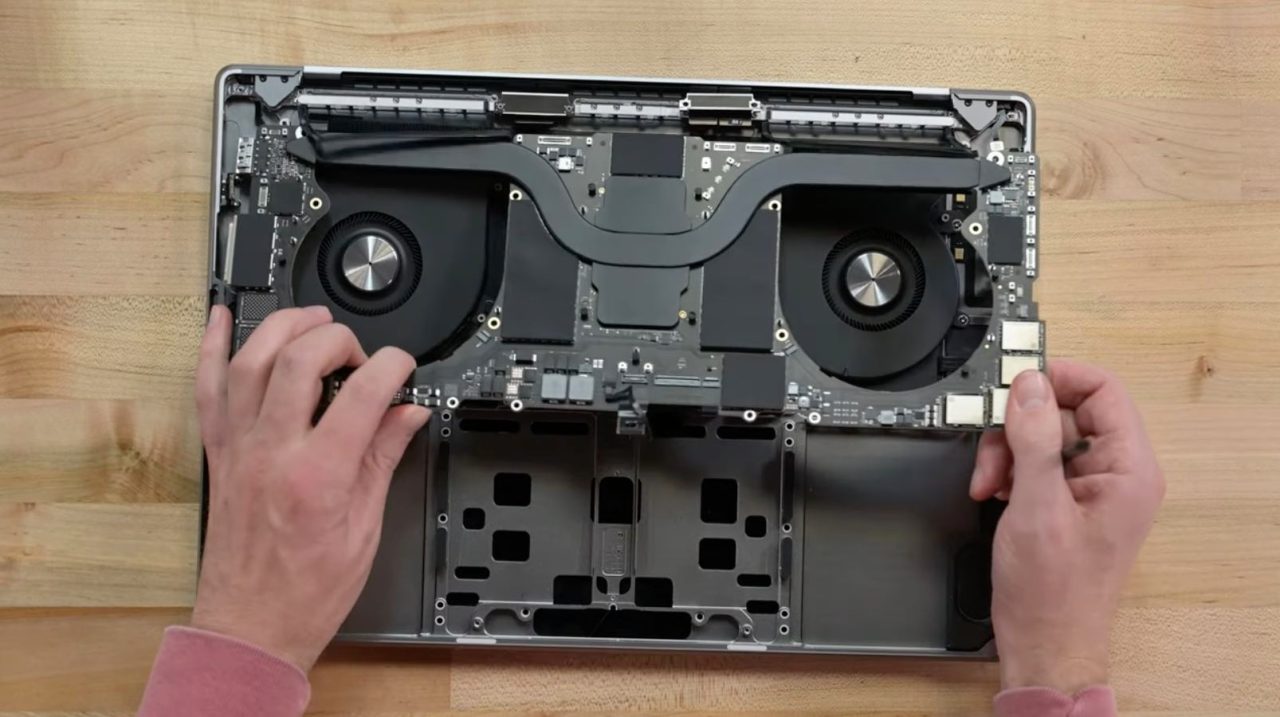 In its initial dive into the the new MacBook Pro, iFixit discovered the notebooks include some improvements to repairability like the battery not being trapped under the logic board and pull tabs to more easily remove the battery. Now iFixit has revealed its full teardown results including an official repairability score.

In the new iFixit video, we get an inside look at the new MacBook Pro when it comes to opening the notebook, battery removal, trackpad removal, logic board removal, new display cable design, fan removal, speaker removal, and display removal.

While there are a number of improvements when it comes to repairability of the new MacBook Pro, there are still many difficult aspects.

The battery is much easier to replace with Apple including adhesive pull tabs and it’s not trapped under the logic board. However, you have to disassemble the trackpad to reach the middle two pull tabs.

iFixit also says the logic board removal is easier than the older models. However, the teardown shows a number of other challenges for repairability like pentalobe screws, difficulty just opening the case, and no ability to replace the display without losing True Tone and no replacement option for Touch ID without losing the functionality.

On the whole, iFixit notes this is new territory with the notebooks featuring the new Apple Silicon SoCs which bring huge performance improvements. Overall, iFixit gave the new MacBook Pro a 4/10 repairability score.

iFixit says it remains unclear if notebooks that use modular/socketed components could match or come close to Apple’s M1 Pro and M1 Max performance. But iFixit says if it becomes clear modular notebooks can’t match the integrated Apple Silicon, it may adjust the repairability score upward (for example iFixit doesn’t ding smartphone repairability for using SoCs).

Check out the full look inside the new machines and the full written review should be updated here soon: