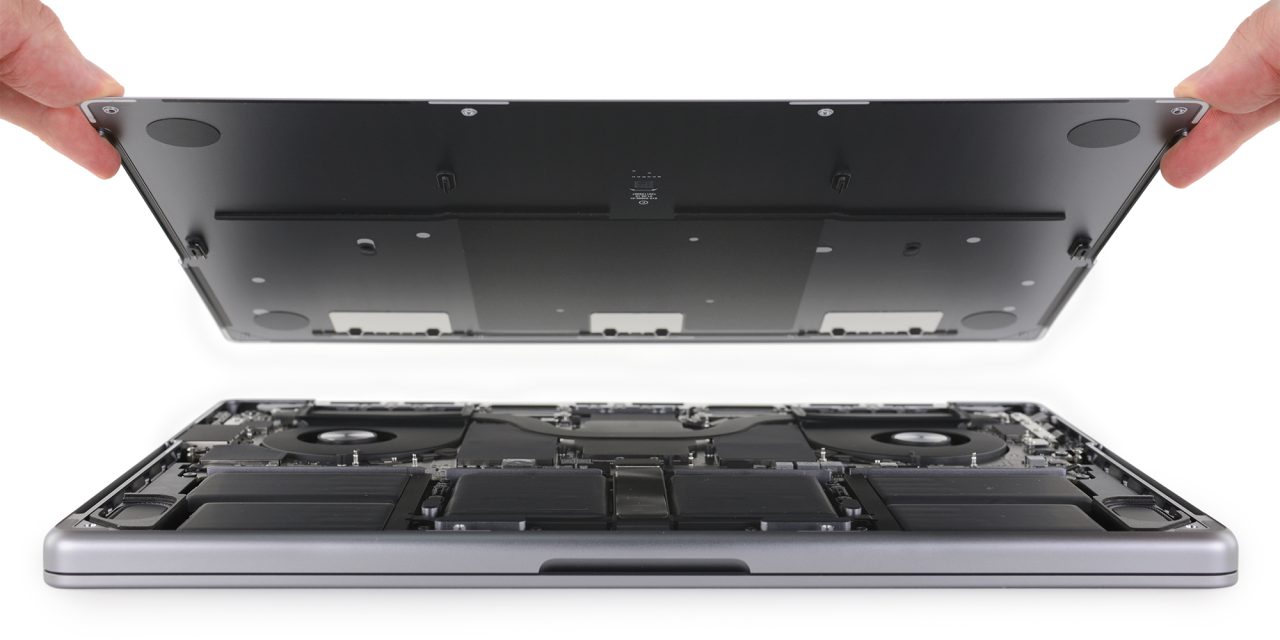 Following yesterday’s release of the new 14-inch and 16-inch MacBook Pro models, the folks at iFixit have shared an early look at their teardown of the new machines. In a teaser posted today, iFixit says that the new MacBook Pro has the “first reasonably DIY-friendly battery replacement procedure since 2012.”

iFixit explains that Apple began gluing the MacBook Pro’s battery to the top case of the device with the introduction of the first Retina MacBook Pro in 2012. This year, however, Apple has at least partially reversed this decision with new “battery pull tabs.”

Normally we get to the battery last because, well, they suck to remove. But as we peer into the guts, we notice something we haven’t seen in a long time in a MacBook Pro, three words that make our hair stand on end: battery pull tabs.

Even better, it appears the battery isn’t trapped under the logic board. That could mean battery swaps without removing all the brains first—a procedure we’ve been dreaming about for a while.

The four outer battery cells have easily-noticeable pull tabs, which are the typical thin white strips we know and love from the iPhone and MacBook Air. But wait, we don’t see any pull tabs on the middle cells. Are we screwed—or, worse, glued?

Not entirely! We removed the trackpad and, lo and behold, there are cut-outs to access the pull tabs that hold the middle battery cells in place.

While some more digging and testing will be required to know what exactly this means, iFixit says that the change means the new MacBook Pro has the first battery design that is “reasonable” for do-it-yourself replacements since 2012.

iFixit promises that it will share more details from its MacBook Pro teardown over the coming days.