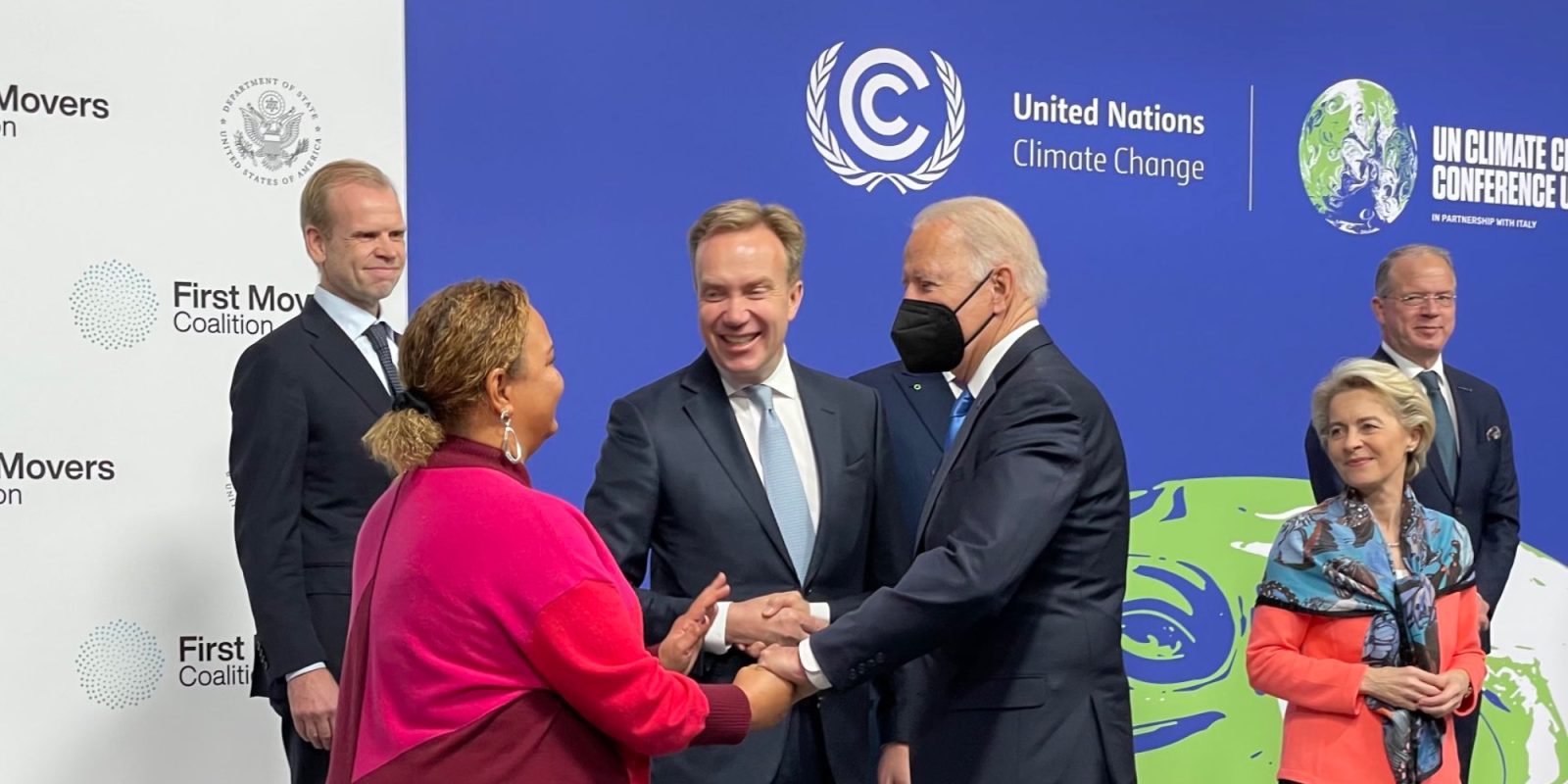 Apple has joined the “First Movers Coalition,” a partnership between the World Economic Forum and the US Office of the Special Presidential Envoy for Climate to maintain its commitment to becoming a carbon-neutral company by 2030.

In a Twitter post, Apple VP of Environment, Policy, and Social Initiatives Lisa Jackson announced that she’s attending COP26 in Glasgow and announced that Apple is part of the First Movers Coalition and will “help accelerate new decarbonization technologies.”

According to President Joe Biden, during the COP26 speech, “The Coalition represents eight major sectors that comprise 30% of global emissions that we now are dealing with.”

“These companies will be critical partners in pushing for viable alternatives to decarbonize these industrial sectors and more.”

With Lisa Jackson, Apple has been pushing hard to become a carbon-neutral company by 2030. During Earth Day, early this year, the company announced some of the measures it’s already taking and more that are planned in order to achieve this goal.

“Apple is driving environmental progress with innovative solutions to meet its goal of becoming carbon neutral by 2030, and providing a blueprint for other companies to do the same. As part of its 2030 goal, Apple recently announced over 110 of its manufacturing partners around the world are moving to 100 percent renewable energy for their Apple production. Apple has also committed $4.7 billion in its Green Bond spend to invest in projects that address carbon emissions, supporting renewable energy projects that bring clean energy to local communities, and announced a new $200 million effort to protect the world’s forests, accelerating natural solutions to climate change.”

Not only that, but last week Apple announced ten initiatives to help communities across the globe to rely on clean energy and empower these communities.

On the other hand, there are some measures that Apple customers haven’t enjoyed that the company says will help it achieve its goal, for example, removing the power brick from the iPhone box. Apple also removed the plastic that surrounded the iPhone box, saying it will save up to 600 metric tons of plastic.

COP26 happens from October 31 to November 12 and represents a gathering of all the countries signed on to the UN.