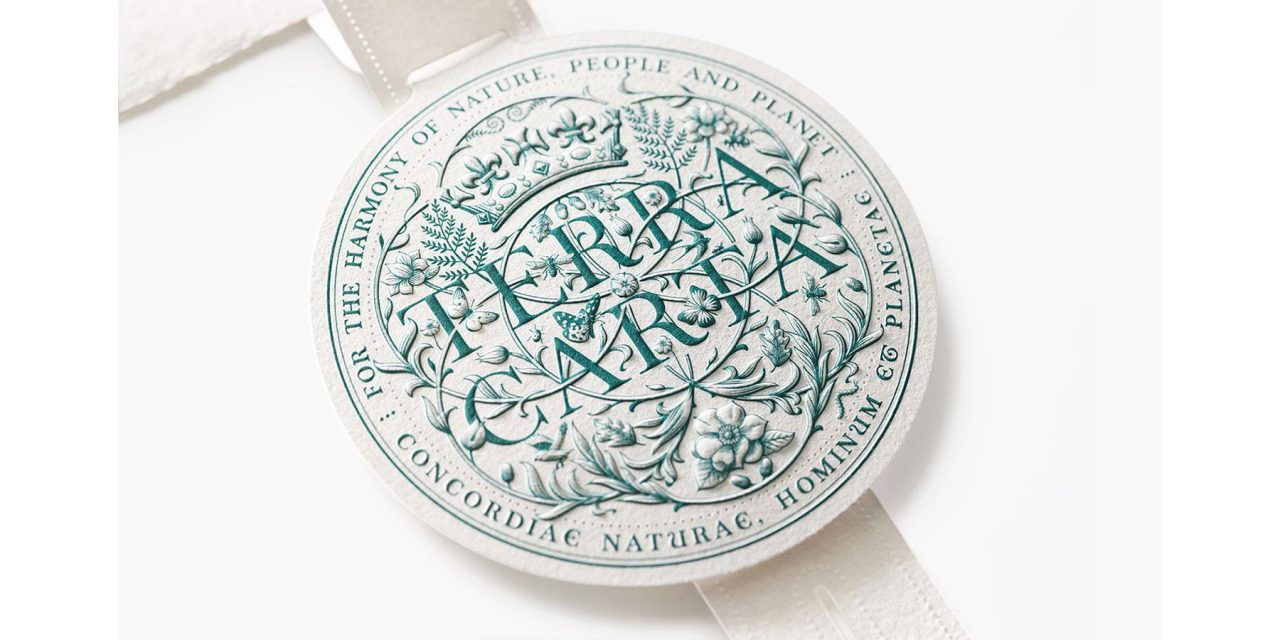 If you’ve ever wanted a peek at Jony Ive’s design process, he has shared four images of his work in progress on a seal for the Terra Carta environmental award.

It uses the typeface Ive himself designed, LoveFrom Serif, and the overall look is very different to his signature minimalism …

The seal, which exists in both digital and paper forms, was created for a new environmental award from Terra Carta, hosts of an action forum at the UN Climate Change Conference in Scotland, COP26. (The latest news from the conference is more than 40 countries agreeing to phase out the use of coal, which has been named as the single biggest contributor to climate change.)

The seal was created for the Sustainable Markets Initiative, reports Wallpaper.com.

Forty-four private sector companies (including L’Oréal, Siemens Energy and AstraZeneca) have been awarded the inaugural, annual Terra Carta Seal for their commitment to an accelerated action to limit global warming to 1.5°C by 2050. The Sustainable Markets Initiative partnered with Corporate Knights, whose 100 Most Sustainable Corporations Companies were invited to apply to receive the seal […]

‘The Terra Carta Seal recognises those organisations which have made a serious commitment to a future that is much more sustainable, and puts nature, people and the planet at the heart of the economy,’ comments Prince Charles. ‘We all need to make changes if we are to preserve the planet for our children and grandchildren and these businesses have pledged to make it easier for us all to do so.’

The four images below represent different stages of the design process, with Ive commenting on both the typography and imagery.

The seal design is sincere, modest and beautiful, its intricacies conveying the complexity and weight of the meaning behind it. Initially conceived as a black and white graphic, the core of the design is defined by typography: LoveFrom’s own bespoke serif, not commercially available and used exclusively for special projects such as this, surrounded and taken over by nature.

‘We spent all this time creating a typeface that we would use for our identity: we didn’t want a logo, we wanted something far more modest, more similar to a dialogue,’ says Ive of creating the LoveFrom Serif, inspired by John Baskerville’s letterforms and based on studies of his original punches and matrices. ‘We thought we would use this typeface for our friends; we couldn’t think of a better way to take advantage of a few years of work around the Terra Carta, and I think it works really quite well. You can see the typography is clearly central to the seal, but I was seduced by the gentle, slightly anarchic dominance of the natural references.’

As well as the flora and fauna that can be seen in the seal, the team was also inspired by patterns and compositions found in the work of William Morris, Josef Frank, Nick Knight and Christopher Marley, and in the sacred geometry of nature, from shells to the structure of plants, galaxies and meteorological phenomena.

‘We have reinforced the resilience and fertility of nature by allowing these natural elements to gently take control of the image,’ says Ive. ‘This is a visually lush celebration of the power of nature, and far from being superficial decoration, these natural forms are what gives the design life.’

I have to say it’s not at all the kind of design I would have expected from Ive. A reply to the Jony Ive parody account on Twitter gave an amusing look at what we might have expected instead.