Netflix for iOS to add short clip feature for kids 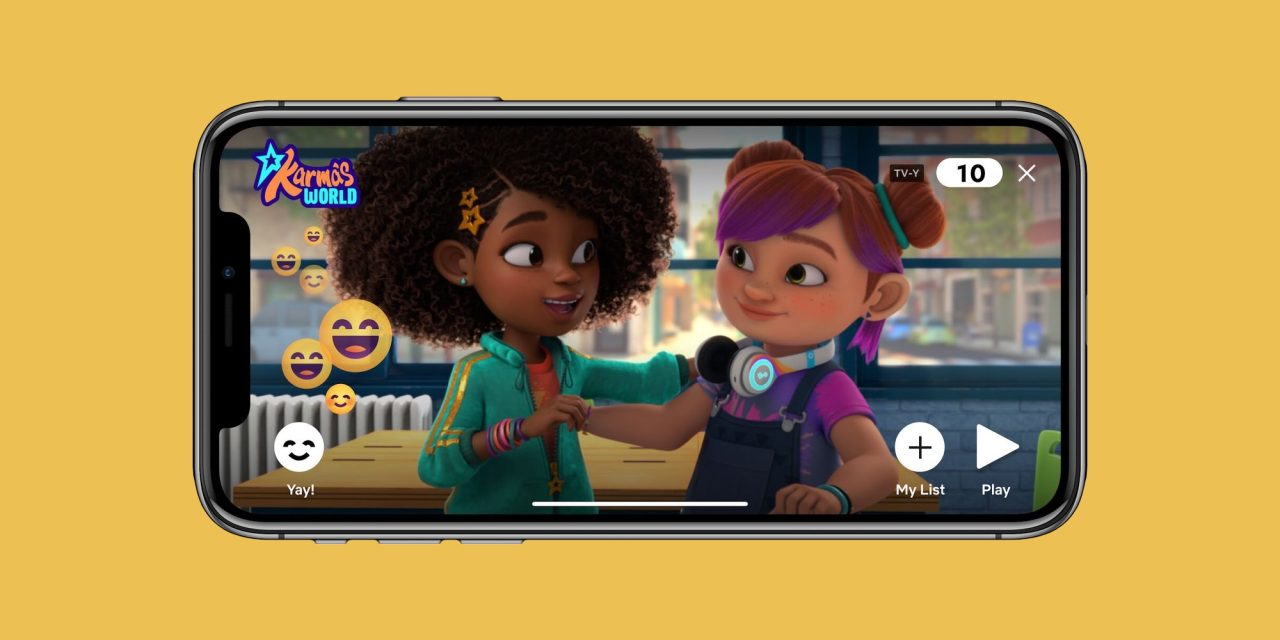 A new report by Bloomberg shows that Netflix is rolling out a feature aimed at kids, which would be “its latest bid to attract younger viewers to its platform.” This feature was discovered by iOS developer Steve Moser in the code of the app and then confirmed by Bloomberg News after speaking with Netflix.

The “Kids Clips” feature, appearing on Netflix’s iOS app, will show short videos from the company’s existing library of children’s programs and movies. Netflix plans to add new clips daily based on its current and future offerings. (…) The kids’ feed will resemble Fast Laughs, but the videos will be viewed horizontally — as opposed to vertically — and will take over the entire screen. Kids will only be able to watch 10 to 20 clips at a time.

Bloomberg notes that this feature will start rolling out this week in the US, Canada, Australia, Ireland, and Spanish-speaking countries in Latin America. With “Kids Clips,” Netflix keeps aiming at a younger public who already likes to engage with their favorite characters but can get to know newer ones as well.

Apart from trying to get this new audience, Bloomberg’s Mark Gurman reported this weekend in his latest edition of the Power On newsletter that the company will launch its game subscription service on the App Store but with a catch: Although the subscription is unique, users will have to individually download each game they want to play to avoid any controversy with Apple.

Netflix is expected to release every game in their portfolio individually on the App Store, each requiring a separate download on top of the main app. The service is already available on Android and uses a similar system. On Android, there’s a dedicated games tab within the Netflix app. Once you tap a game, it opens Google Play, asks you to download the app, and then requires you to sign in to your Netflix account.

What do you think about these features Netflix is working on? Tell us in the comments section below.

Update: This story no longer says that the “Kids Clips” feature is similar to TikTok, rather it’s more like to compete with YouTube Kids.