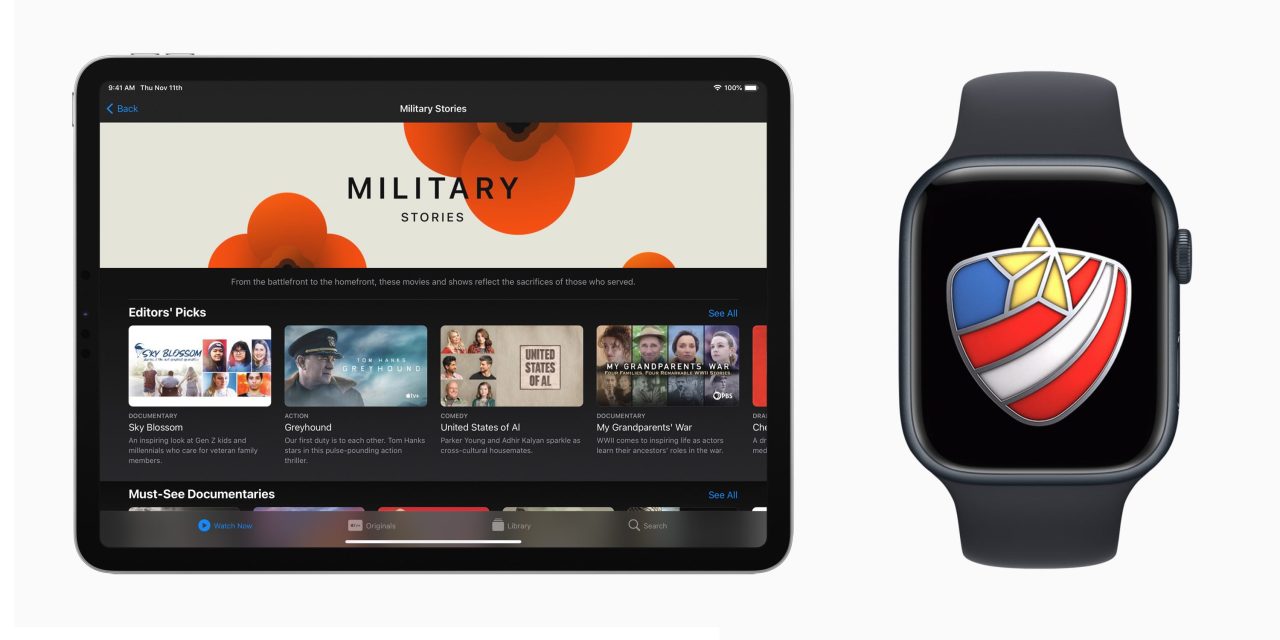 In honor of Veterans Day, Apple is highlighting apps, stories, audiobooks, health and fitness activities, content in the Apple TV app, and more. The company is also reminding Veterans and active Military that they get discounts on Apple products.

Apple put a banner at the top of its website today with “Here’s to the brave ones” and a link to the discounted Veterans/Military Apple Store. It offers 10% off most products with even immediate family members eligible for the discount.

Apple also published a newsroom post detailing all of the ways it is honoring Veterans:

On Veterans Day and throughout the year, Apple recognizes those who serve and their families for their courage, dedication, and sacrifices. In honor of veterans throughout the United States, Apple is celebrating veterans’ stories, raising support for their communities, and sharing their legacies with special activations across Apple.com and its products and services.

You can also check out the Time to Walk episode on Apple Watch from General CQ Brown, Jr.:

Earlier this week, Apple Fitness+ released a new episode of Time to Walk featuring Gen. CQ Brown, Jr., chief of staff of the US Air Force and the first African American to lead a branch of the armed forces. On this walk honoring Veterans Day, Brown describes how he has bounced back from professional setbacks to achieve the highest rank in the Air Force, and what it was like to speak out after the murder of George Floyd. Time to Walk is an inspiring audio experience on Apple Watch designed to encourage Fitness+ users to get active by walking more often, featuring some of the world’s most interesting and influential people who share stories, photos, and music.

And Apple is highlighting Military and Veterans content throughout the App Store, Books Store, Apple TV app, and more.

From the battlefront to the homefront, the service and sacrifices of veterans are honored in the Military Stories collection on the Apple TV app — featuring inspiring documentaries like “Sky Blossom,” sweeping dramas, and even irreverent comedies.

Check out more details in Apple’s full Veterans Day post here as well as Apple’s apps for all the featured content and resources.

Tim Cook also shared a message of gratitude for US Veterans along with an uplifting story about how Apple devices are helping treat Veterans’ trauma.