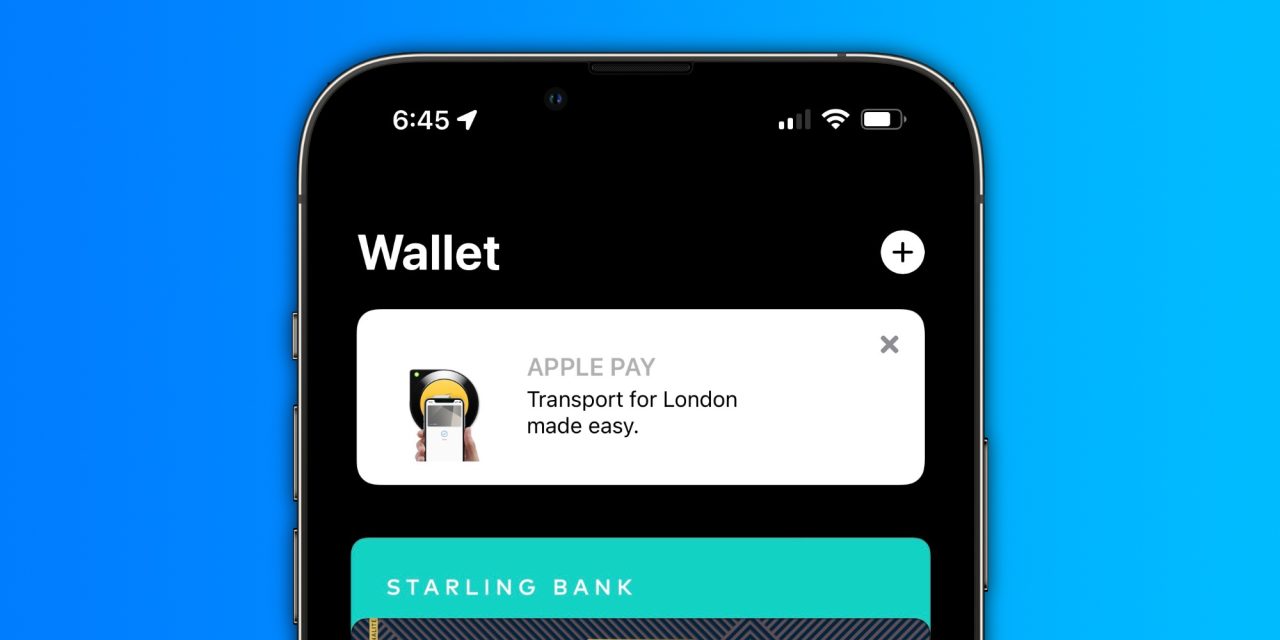 It’s been a couple of years since Apple launched the Express Transit feature for users to pay for public transportation just by taking the iPhone closer to an NFC terminal, without the need for an ID verification.

The function, which has been available for London users for quite some time, is now being promoted inside the Wallet app, even if the user already has the Express Transit feature set.

This was spotted by some Twitter users, including designer Luiz Ottino and developer Nikolak Hansen-Turton, when they opened the Wallet app. At the top of the screen, you can see the promotion for “Apple Pay – Transport for London made easy.”

When you click on it, Apple explains how to get around using the Express Mode feature, which does not require Face ID or Touch ID when paying for public transportation:

Tap and go without Face ID or Touch ID.

Speed across London with Apple Pay and stop hunting for cards at the ticket gate. With Express Mode, you don’t even need to unlock your iPhone or Apple Watch when travelling on buses or the London Underground. Simply hold it to the yellow card reader, and you’re on your way. Remember to always tap in and out with the same device and to keep your plastic cards separate from your Apple devices.

Express Mode automatically uses your default card for Apple Pay. If you’d like to change the card you use to pay, open the Settings app on your iPhone, go to Wallet & Apple Pay, and choose a new card. If using Apple Watch, choose a new card to use for travel under ‘Exoress Travel Card’ in Wallet & Apple Pay settings in the Watch app on your iPhone. You can also turn off Express Mode in the Settings app.

The weird thing about this activation, which you could call an ad, is that this notification appears even if you have the Express Mode feature already enabled – and it toggles an icon alert on the Wallet app as well. This is not the first time Apple users have complained about the company inserting ads on their devices.

Now, with the company promoting its own services, it’s very common for users to see notifications regarding Apple Arcade’s new games, Apple TV+ shows, and now, promotions in the Wallet app for Express Transit.

Not only that, but in May, during the Epic vs. Apple legal battle, emails seen by 9to5Mac highlighted the internal debate at Apple over showing ads in the App Store, which started around February 2015.

Do you live in London and see this prompt in the Wallet app? What do you think about that? Tell us in the comment section below.