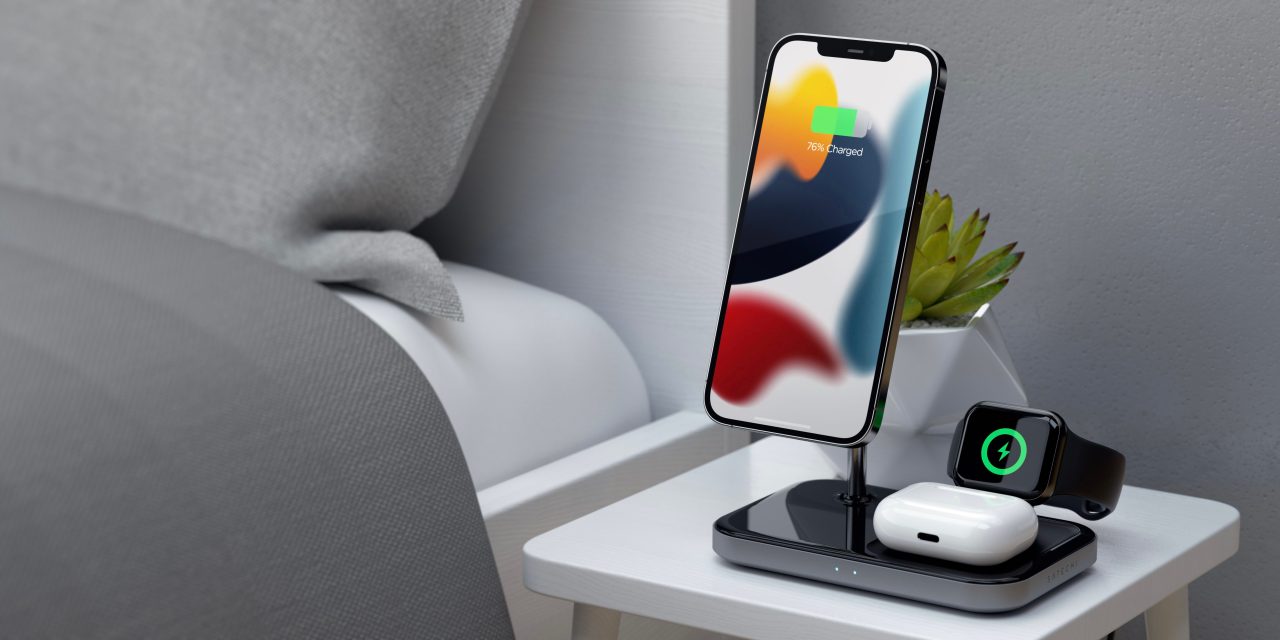 Satechi is out with a sleek new multi-device charger for Apple devices today that offers a seamless way to power up iPhone, AirPods, and Apple Watch. The 3-in-1 Magnetic Wireless Charger features an adjustable MagSafe compatible mount along with a sharp metal and black design.

Satechi unveiled the new 3-in-1 Magnetic Wireless Charger in a press release this morning.

Built to quickly power iPhone® 13 (7.5W), Apple Watch® (2.5W), and AirPods Pro® (5W), the charger with built-in modules keeps devices charged and ready to go whenever you are.

The 3-in-1 has the additional charger – for Apple Watch, but it also has a slick black design compared to the white finish of its predecessor. It also features steel and aluminum for solid construction.

The removable Apple Watch charger connects via USB-C and Satechi includes a USB-C cable to power the 3-in-1 Magnetic Charger in the box. However, you’ll need to supply your own 20W power adapter.

The 3-in-1 Magnetic Wireless Charger is up for sale now with a retail price of $119.99. But for the launch through November 29, it’s going for $30 off direct from Satechi (with code CHARGING25) and $20 off from Amazon with an instant coupon.

Satechi is also offering 25% off its 20W power adapter. Check out a closer look at the 3-in-1 Magnetic Wireless Charger in the video below: