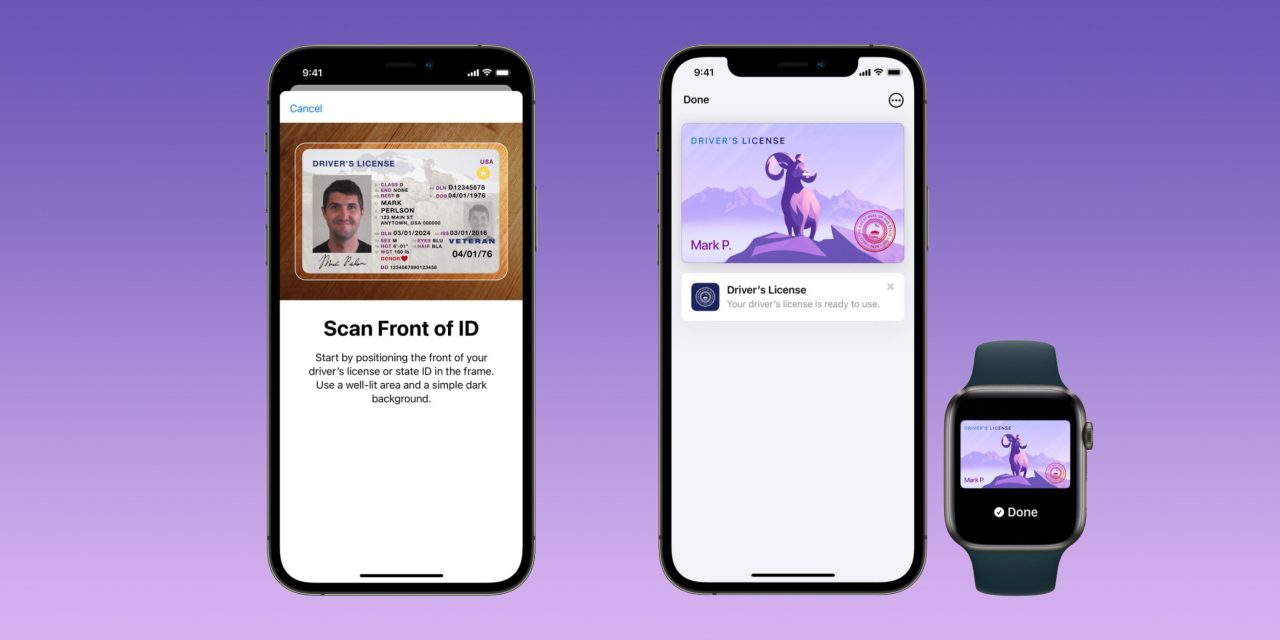 At WWDC in June, Apple unveiled its ambitious plans to allow users in participating states to store their IDs in the Wallet application. This feature was initially slated to launch sometime this year, but it ended up being delayed until 2022. Now, the Transportation Security Administration – or TSA – has announced that it plans to begin accepting digital licenses starting in 2022…

When support for storing IDs in Apple Wallet was first announced at WWDC in June, Apple Pay VP Jennifer Bailey touted that the TSA was “working to enable” airport security checkpoints as “the first place you can use your digital ID.” This is what now seems to be coming to fruition.

This was announced by the Secure Technology Alliance last week. According to the announcement, the TSA revealed its plans to begin accepting mobile driver’s licenses in airports during a recent industry panel. The TSA plans to launch a pilot program at two state airports starting in February of 2022, then expand it to two more locations in March of 2022.

The process will work by requiring a traveler to tap their iPhone on an NFC reader or use a QR scanner:

Surveys show that travel is the number one use case people are interested in for mDL. The Transportation Security Administration (TSA) is in agreement and it fully supports the mDL movement for travel authentication. TSA is preparing to begin its phased rollout, with mDL Apple Wallet integration being its first step, which will allow select security checkpoints in participating airports to be the first locations people can use their mDL in the Wallet app.

During a panel about early mDL adoption, TSA shared its plans to begin accepting mDL use in airports at two state locations starting February of next year. The pilot program will add two additional states around March of 2022. TSA says standards-based digital ID’s, such as state-issued mDL will help streamline and secure the identity verification process. Instead of TSA staff examining a physical ID card, manually comparing a traveler’s ID photo to their face, and verifying flight information, a machine will automate the process.

Travelers will simply tap an NFC reader or use a QR scanner to initiate the data exchange. A TSA staff member will be present to oversee and validate the verification process.

At this point, it’s unclear which four airports in the United States will participate in this pilot program. Apple has promised that the feature will launch first in Arizona, Connecticut, Georgia, Iowa, Kentucky, Maryland, Oklahoma, and Utah.