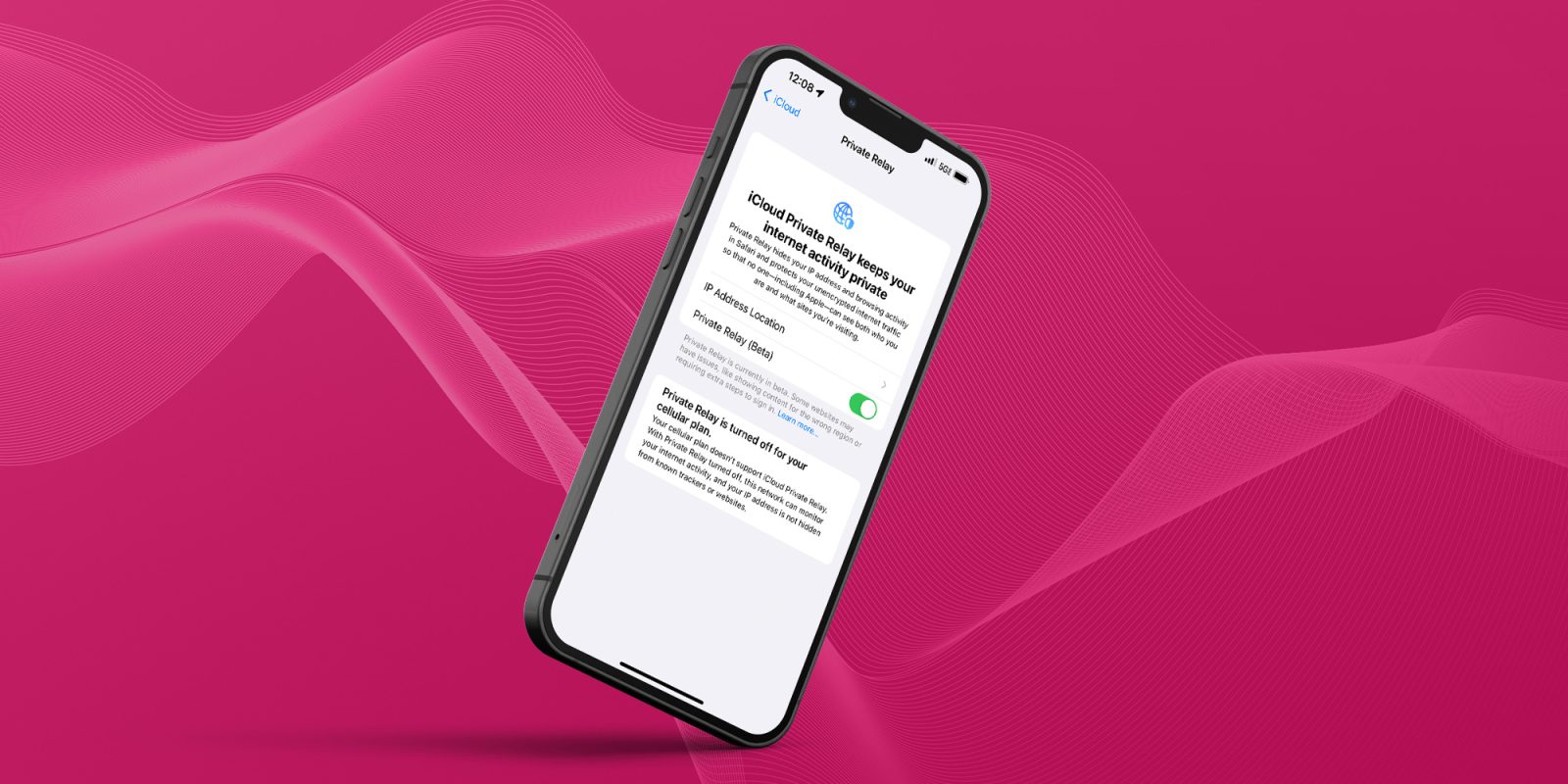 Earlier today, a report indicated that some European carriers were blocking the Private Relay feature introduced by Apple with iOS 15. This feature is designed to give users an additional layer of privacy by ensuring that no one can view the websites that they visit.

Now, in addition to some carriers in Europe, it appears that T-Mobile/Sprint in the United States is also blocking iCloud Private Relay access when connected to cellular data.

Update: In a statement to 9to5Mac, a T-Mobile spokesperson said:

Customers who chose plans and features with content filtering (e.g. parent controls) do not have access to the iCloud Private Relay to allow these services to work as designed. All other customers have no restrictions.

However, many of the users we’ve heard from, and tested ourselves, do not have any such content filtering enabled. We’ve followed up with T-Mobile for additional clarification, but have not yet heard back.

Apple says that Private Relay is a feature designed to give users another layer of privacy when browsing the web. The first relay is sent through a server maintained by Apple, and the second is a third-party operator. The feature was announced at WWDC last June and initially slated for inclusion in iOS 15.

Apple ultimately shipped the feature as a “public beta,” meaning that it is disabled by default in the newest iOS 15 and macOS Monterey releases. You can manually enable it by going to Settings on your iPhone, tapping your name at the top, choosing iCloud, and choosing “Private Relay.”

T-Mobile was among the carriers in Europe that signed an open letter expressing concern about the impact of Private Relay. The carriers wrote that the feature cuts off networks and servers from accessing “vital network data and metadata and could impact “operator’s ability to efficiently manage telecommunication networks.”

In the UK, carriers including T-Mobile, EE, and others have already started blocking Private Relay usage when connected to cellular data. 9to5Mac has also now confirmed that T-Mobile is extending this policy to the United States.

This means that T-Mobile and Sprint users in the United States can no longer use the privacy-preserving iCloud Private Relay feature when connected to cellular data. An error message in the Settings app explains:

Your cellular plan doesn’t support iCloud Private Relay. With Private Relay turned off, this network can monitor your internet activity, and your IP address is not hidden from known trackers or websites.

The change does not appear to be network-wide just yet, but rather it appears T-Mobile is in the process of rolling it out. This means that some users might still be able to use iCloud Private Relay when connected to their cellular network – at least for now. The situation could also could vary based on your location or plan.

Apple has yet to comment on this situation, but it is worrisome to see carriers like T-Mobile interfering with system-level iOS features. There’s likely not much that Apple can do here, but it underscores another limitation of Private Relay as a feature as well as the power that carriers hold.