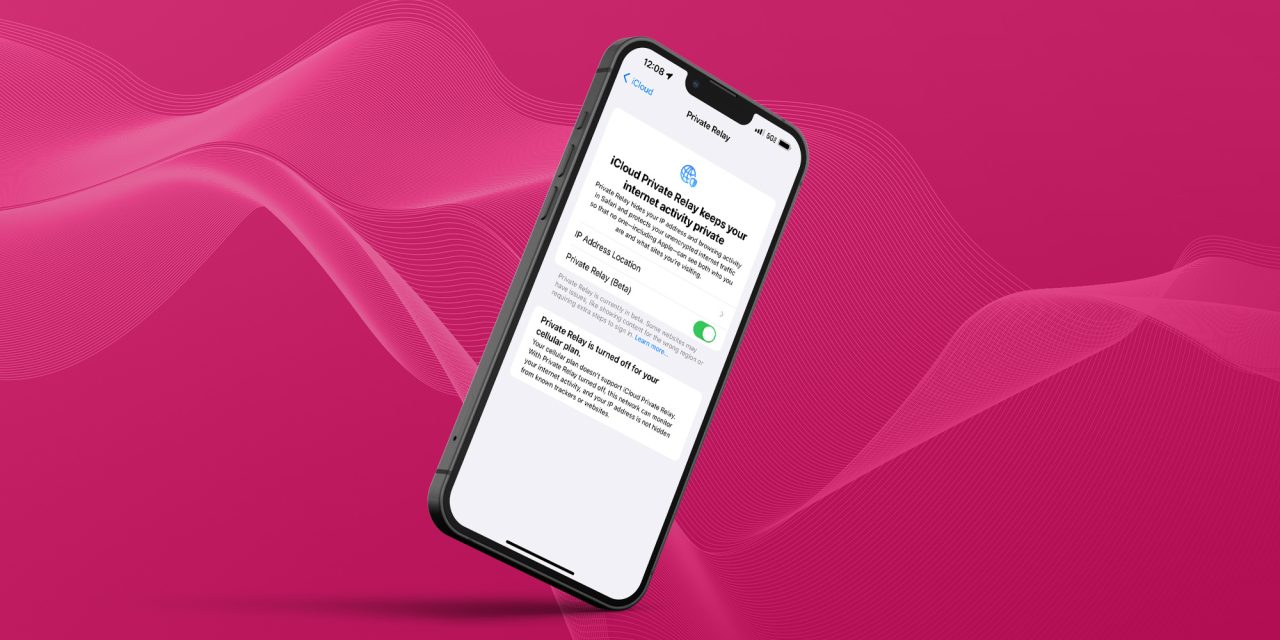 T-Mobile has officially acknowledged a bug that has blocked some subscribers from using iCloud Private Relay when connected to cellular networking. In a statement to 9to5Mac, T-Mobile blamed this situation on a bug in iOS 15.2 and said that it has “not broadly blocked” iCloud Private Relay.

It’s also important to note that this bug is not only affecting T-Mobile subscribers, as the company says in its statement. Instead, it’s a bug that seems to affect iOS 15.2 broadly rather than T-Mobile specifically. The issue is also still present in the latest release of iOS 15.3 beta.

Overnight our team identified that in the 15.2 iOS release, some device settings default to the feature being toggled off. We have shared this with Apple. This is not specific to T-Mobile. Again though, we have not broadly blocked iCloud Phone Relay.

A solution to the problem that has worked for 9to5Mac in testing is to go to Settings, then choose Cellular, then choose your plan, and ensure that “Limit IP Address Tracking” is enabled. Make sure to complete these steps while WiFi is disabled and you are connected to your cellular network.

T-Mobile has, however, acknowledged that are situations in which it is required to block iCloud Private Relay due to technical reasons. Namely, if your account or line has content moderation features or parental controls enabled, you will be unable to use iCloud Private Relay when connected to cellular.

In a separate statement, T-Mobile explained:

Customers who chose plans and features with content filtering (e.g. parent controls) do not have access to the iCloud Private Relay to allow these services to work as designed. All other customers have no restrictions.

A source has also confirmed to 9to5Mac that this also applies to certain legacy plans that include the Netflix on Us perk and have Family Allowances enabled.

When this issue was first brought to light on Monday, the concern was that T-Mobile was blocking iCloud Private Relay access completely. This came after a carriers in Europe signed an open letter expressing concern about the impact of Private Relay. The carriers wrote that the feature cuts off networks and servers from accessing “vital network data and metadata and could impact “operator’s ability to efficiently manage telecommunication networks.”