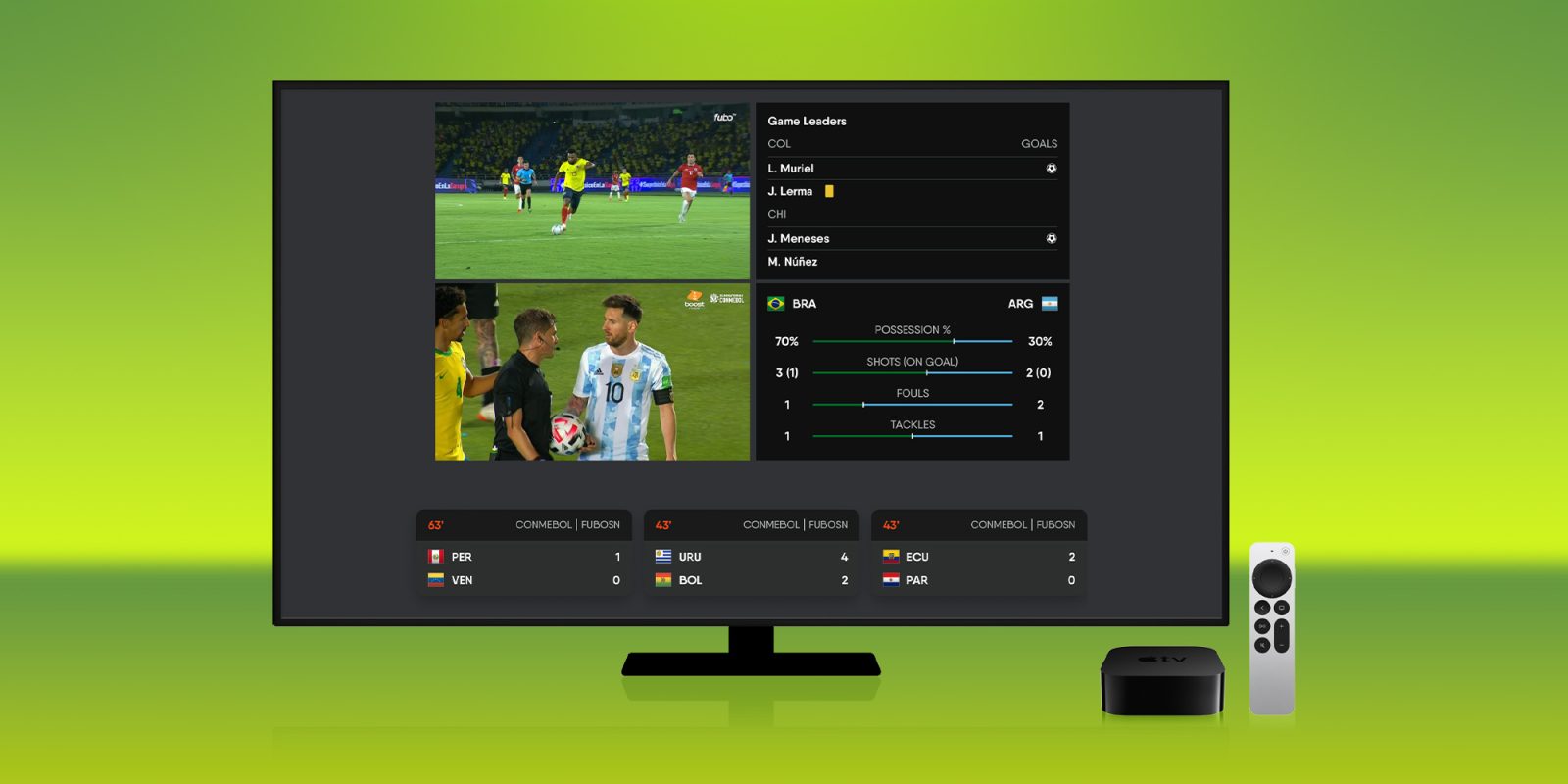 FuboTV, the popular live TV streaming platform, is rolling out a notable update to its Apple TV application today. The update brings a handful of new features that expand upon the popular Multiview functionality, which allows sports fans to watch up to four games at once on the same screen.

Fubo announced the update in a blog post today, explaining that Multiview has been incredibly popular among Apple TV users since it rolled out in 2020. The company says that it is now giving users the “power to choose from even more with the latest evolution of Multiview.”

As part of this, the company is expanding its FanView widgets feature to the Apple TV for the first time. Fubo first launched FanView on Roku, FireTV, Smart TVs, and web, allowing users to track live scores and stats in the same screen as a live game.

One of the headlining features of this new update to Multiview is support for adding a scoreboard to the design, as well as team and player stats. Again, this is all powered by the FanView widgets that were previously available on other platforms but are now coming to Apple TV. The company explains:

Our same standard – up to four simultaneous streams – can now be paired with a scoreboard, so you can track scores of games across the most-watched leagues. Adding a live game to Multiview has never been easier: simply select a game from the scoreboard to add the live stream to your screen.

Did you miss who scored, want to see how your fantasy player is performing, or place a prop bet on the first team to 200 yards? All of that can be tracked on the same screen as your live games.

With most major sports, you can now monitor both team and player stats of the games you’re watching in widgets that sit next to the live stream. Whether it’s three live games and a player stats widget for your favorite team’s matchup, two live games with two stats widgets, or anything in between, the choice is yours.

FuboTV has become one of the most popular live TV streaming services over the years, particularly as other companies continue to raise prices while not adding new features. You can learn more on Fubo’s website and check out a video showcasing the new Apple TV features below.