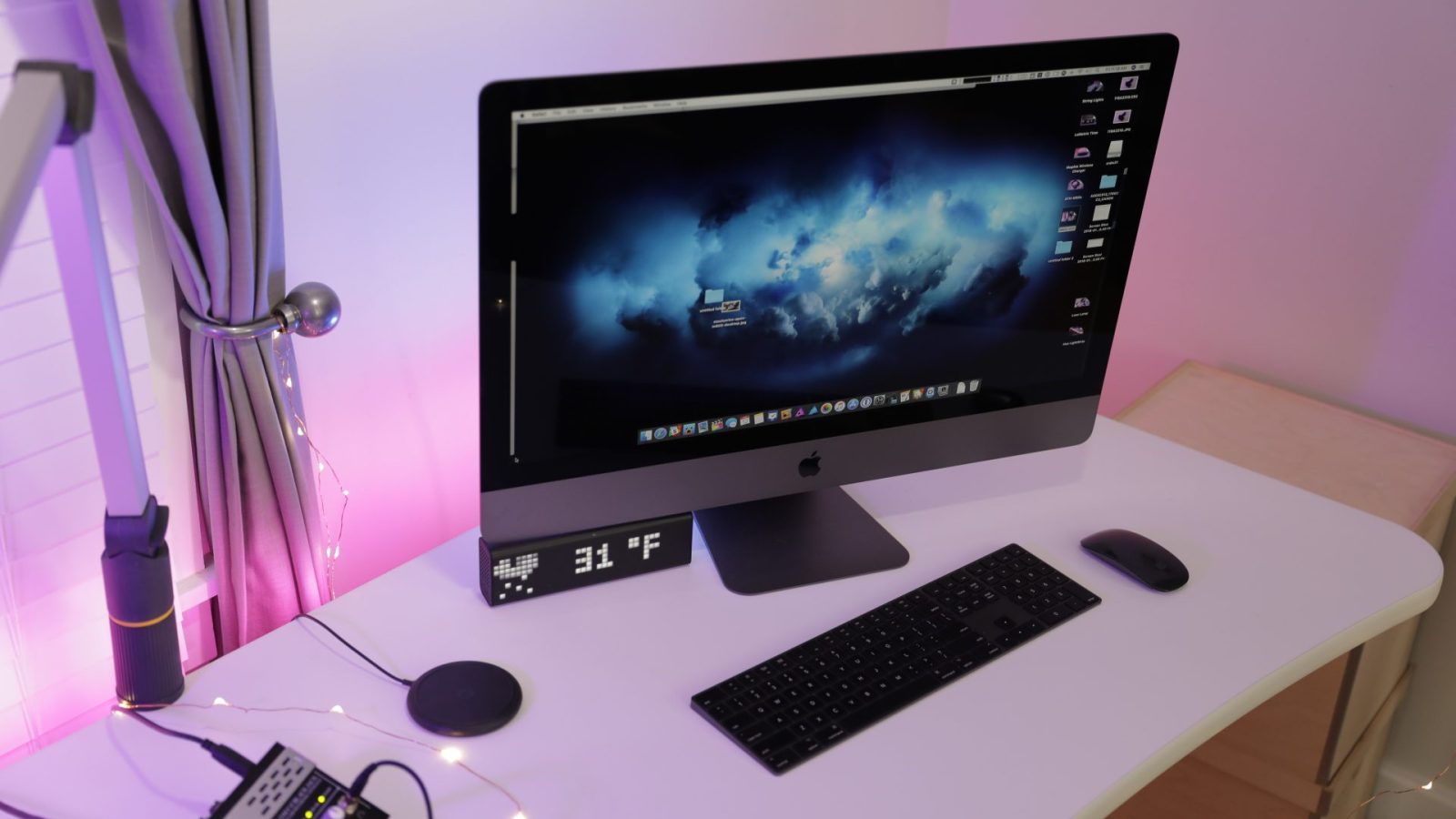 In the latest edition of the Power On newsletter, Bloomberg’s Mark Gurman says he expects Apple will release a rebranded iMac Pro that is “bigger than the current 24-inch” but with a similar design language.

We’ve heard quite a bit about Apple’s plans for a new iMac over the last few months. Even though, it wasn’t clear whether Apple would just replace the 27-inch iMac, launch a new iMac Pro with its own silicon, or both things. As it seems, the company will likely focus on a new iMac Pro as the 27-inch Intel iMac replacement. Gurman writes:

“My expectation is that we’ll get a new model this year that is bigger than the current 24-inch design and branded as an iMac Pro. That would mean it has similar chips to the M1 Pro and M1 Max processors inside of the MacBook Pro. I’d also expect the new iMac Pro to have a similar design to the current M1 iMac.”

Since the M2 chip is rumored to be unveiled alongside a redesigned MacBook Air later this year, which analysts believe will be more capable than the M1 processor, but not as powerful as the M1 Pro and M1 Max chips, it would only make sense if the company shares the chips from the new MacBook Pro with this upcoming computer.

Another tidbit from Gurman is the fact that this iMac Pro will have a similar design as the current 24-inch iMac. Even though, since all “Pro” products from Apple usually have sobber colors – and the latest iMac Pro was the first iMac available in Space Gray – it would make sense if this color makes a comeback.

According to a DSCC report early this month, Apple is expected to launch a 27-inch iMac with miniLED display and ProMotion technology, which could be this new computer.

The Cupertino company is rumored to hold an event later this March or April. In the keynote, Apple will likely unveil a new iPhone SE, the fifth-generation iPad Air, and, likely, this new iMac Pro.

Not only that, but it’s important to note that the nano-texture display option from the 27-inch Intel iMac has a shipping delivery date for the end of March. Although the company still faces supply constraints, this could also indicate that Apple will finally discontinue the last iMac with an Intel chip, maintaining, for now, the Mac mini and the Mac Pro.