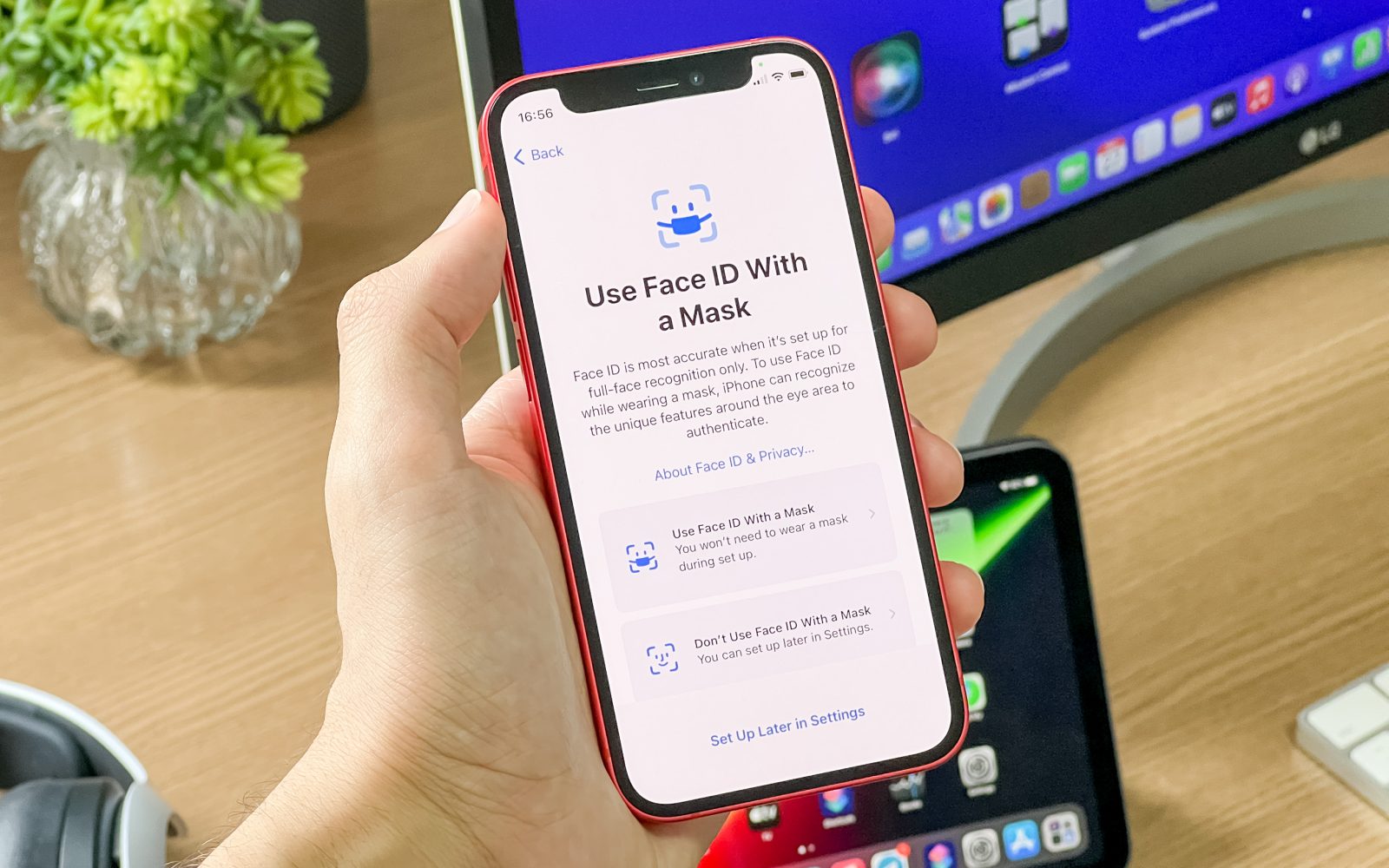 Apple could very well never adopt the Touch ID sensor on its flagship iPhones again, but since the pandemic started more than two years ago, rumors about this possibility ramped up. Now, with iOS 15.4 set to be released in a few weeks now, Apple shows how it could focus on Face ID for the indefinite future.

Don’t get me wrong, Touch ID was a breakthrough feature when it launched with the iPhone 5s: fast, secure, and easy to use, but everything changed when Apple introduced Face ID with the iPhone X.

At the time, the company said it was two years ahead of the competition, but five years since the iPhone X launched, it still looks like Apple is, at least, half a decade ahead of its competitors about facial recognition.

Sure, the embedded fingerprint sensor has gotten better, but the easiest – and the safest – way to unlock your device is by looking at it. And although Apple took a while, it’s finally launching a simple solution that makes Face ID usable again with eye recognition.

It’s funny to think that while iOS 14.5 was a big update to iPhone users – as it brought the ability to unlock the iPhone with the Apple Watch – it’s once again launching an important software feature as. a mid-year release. This upcoming operating system will give users the ability to unlock their iPhones while wearing a mask, without the need for an Apple Watch or other device in addition to your iPhone.

As Apple explains, the TrueDepth system tries to “recognize the unique features around the eye to authenticate” your face. With the Apple Watch unlock feature, on the other hand, the TrueDepth system recognizes someone is wearing a mask, that the Apple Watch is near, and then the iPhone is unlocked. Since it only recognizes a mask and not the person, this is why you couldn’t authenticate third-party apps or pay with Apple Pay before.

Face ID with a mask works – and it’s great

Now, with the beta version of iOS 15.4, I’m glad to use Face ID again on the street. I can access my email app, WhatsApp, and other apps that require facial recognition with ease. Not only that, but I can also pay with Apple Pay again using my phone.

Of course, in the perfect world, Apple still recommends you use full facial recognition, but as we still have to wear masks everywhere, it’s very convenient to have the TrueDepth system scanning your eyes.

It’s been a couple of weeks since I started testing this feature, and the new Face ID function continues to be as reliable as always. No one can unlock my iPhone by mistake, and the TrueDepth system usually recognizes my eyes rapidly.

It finally looks like Apple found the right approach to deal with Face ID and masks.

Touch ID rumors will die, I’m sure. Even though it was reported that Apple tested an embedded fingerprint scanner on the iPhone 13, I really think Face ID is one of the functions that makes Apple shine when compared to its competitors.

Not only that, but the company keeps pushing for Face ID recognition. Rumors for the iPhone 14 show that Apple is planning a new notch by hiding some TrueDepth sensors. For me, it shows that the company is indeed improving its facial recognition method as the only way for iPhone users to securely unlock, pay, and store information on their devices.

With iOS 15.4 being released a few weeks from now, users that don’t like to update their iPhones with beta versions will see how much this operating system makes our everyday tasks seamless again, as we shouldn’t have to worry whether we’ll be able to unlock our iPhones as fast as we used to.

Do you think there’s still room for Apple to bring back Touch ID for the iPhone? Share your thoughts in the comment section below.