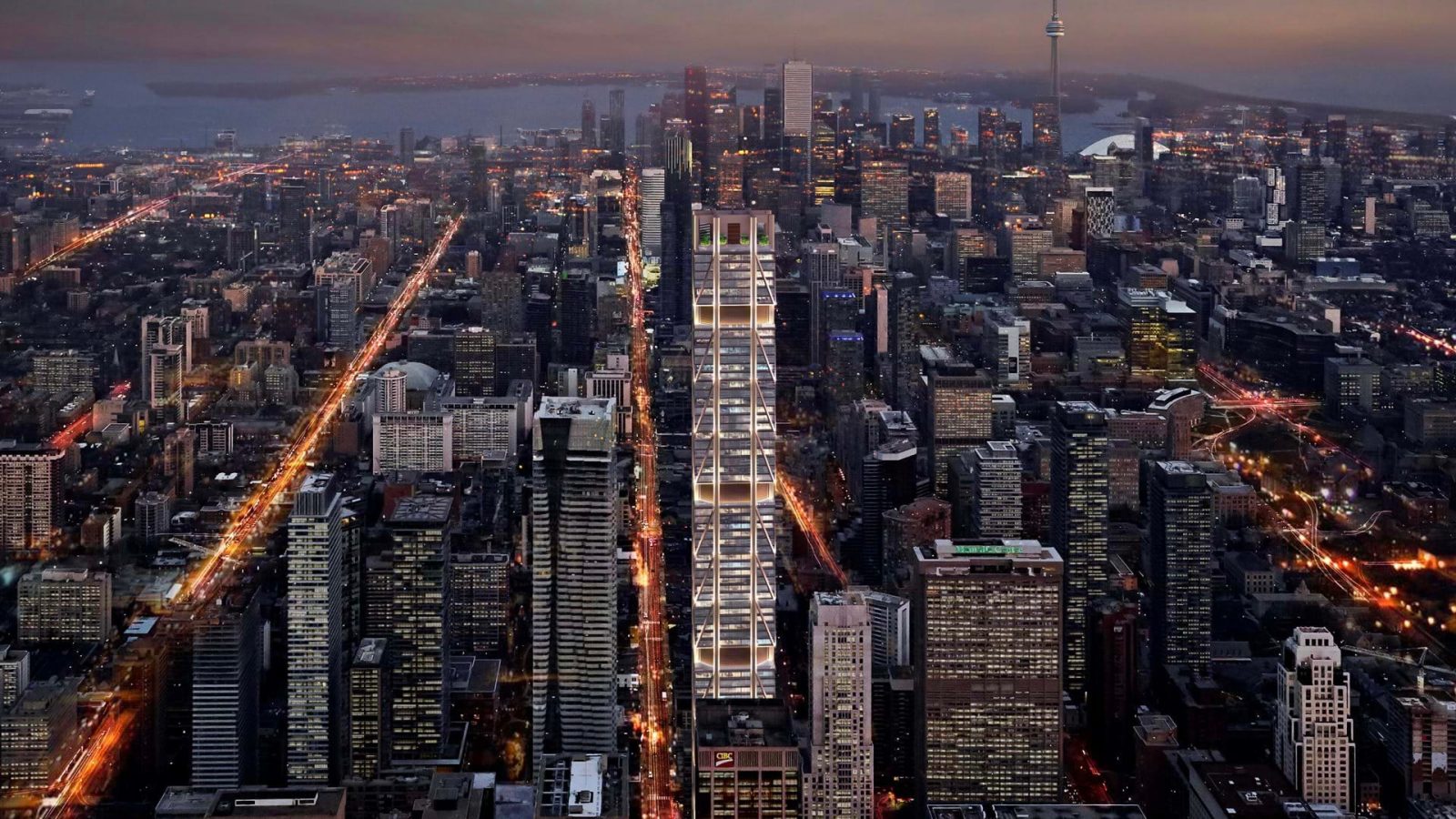 Today, a new report from The Globe and Mail in Canada says that Apple is threatening to pull out of its planned development for a new flagship retail store. According to the report, Apple had signed a lease for more than 15,000 square feet of retail space in the development, but is now threatening to back out over construction delays.

The building that is currently under construction is said to be the “tallest residential building” in Canada with an 85-story design. Dubbed “The One,” the building is being developed by Sam Mizrahi and Apple’s retail location would be located on the ground floor. Today’s report indicates that it would be Apple’s “flagship store” in Toronto and feature “arresting glass architecture and soaring ceiling.”

Designed by Foster + Partners, Apple’s store will feature “seven layers of glass with no breaks.”

The tech company’s lease was for more than 15,000 square feet, including more than 9,000 square feet on the ground floor. As part of the agreement, Mizrahi agreed to pay Apple’s architect to cover the cost of designing the store, which as of mid-October amounted to $6.24-million, Mizrahi said in its court submissions.

A clause in the initial contract purportedly gives Apple to the option to “exit without penalties if the developer misses certain deadlines.” Mizrahi Developments, however, says that it has “not missed deadlines” and that Apple “no longer has the option to terminate the lease.”

Like other commercial real estate projects, The One has suffered from COVID-19 pandemic restrictions that slowed construction. As well, Mizrahi said it had to wait for Apple to choose a design for the storefront glass and had to deal with other delays out of its control, including a provincewide plumbers’ strike in 2019.

In a court filing, Mizrahi wrote that Apple’s threat to bail out of the lease “flies in the face of the commercial and practical realities of the construction process for a project.” Through the court order, the development company is looking to block Apple’s exit from its lease.

Apple has not commented on the situation, so at this point it’s unclear if the company will go through with its threat to pull out of the development, or if the court would even allow it to.