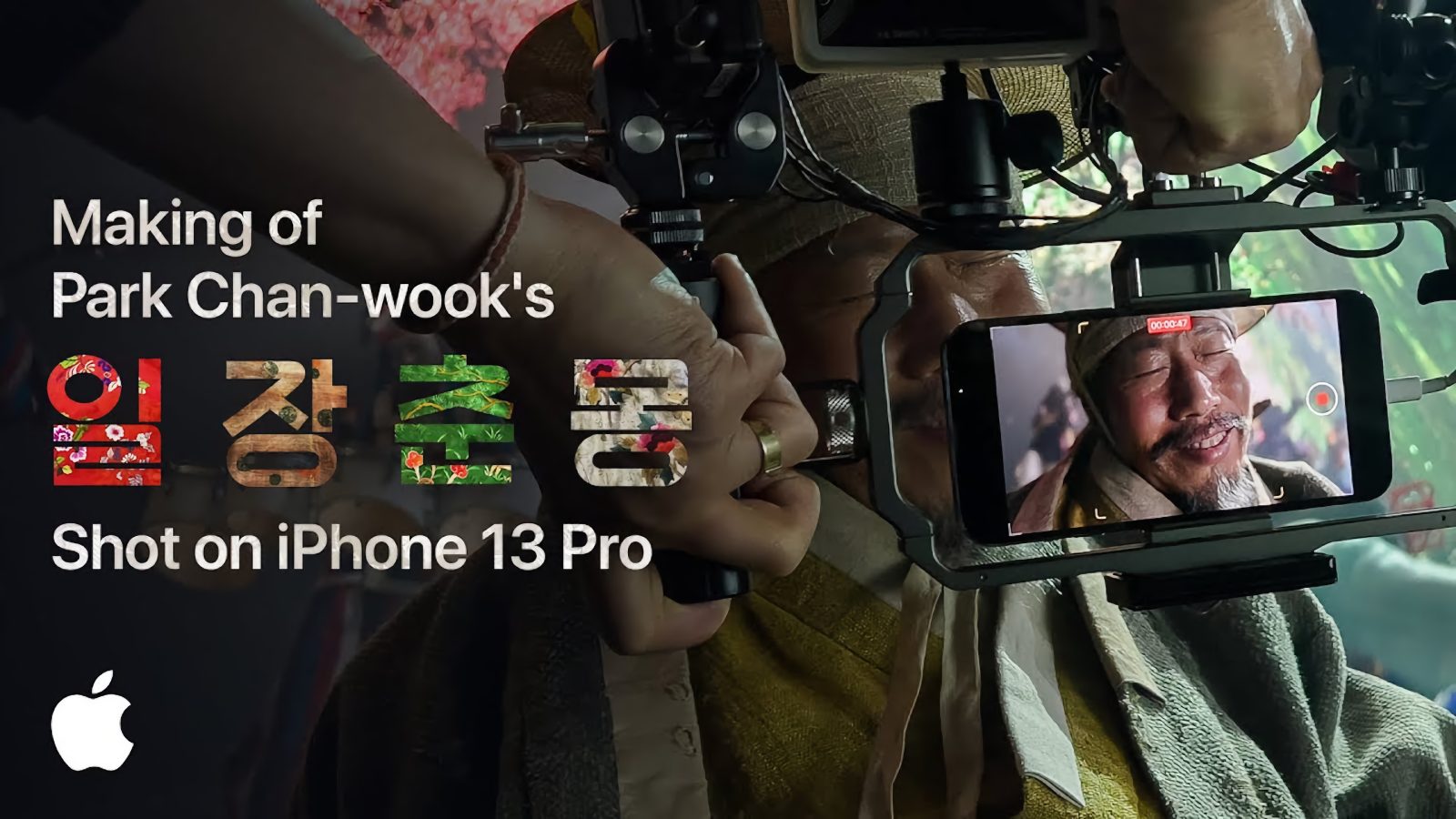 Apple is once again highlighting the iPhone 13’s camera features with its traditional “Shot on iPhone” campaign. This time, the company has shared on YouTube the short film “Life is But a Dream” made by South Korean director Park Chan-wook – which of course was shot entirely on iPhone 13 Pro.

The 21-minute film tells the story of an undertaker who needs wood to build a coffin for the savior of his village and digs up an abandoned grave. However, during his journey, he ends up awakening the ghost of an ancient swordsman.

Joining the film’s cast are Yoo Hai-jin, Kim Ok-vin, and Park Jeong-min, with an original soundtrack by Jang Young-gyu (which you can listen to on Apple Music).

Director Park Chan-wook is well known for his work in Joint Security Area (2000), Oldboy (2003), and The Handmaiden (2016). It’s worth noting that Chan-wook has created independent films shot with iPhone in the past, so it’s great to see that Apple has invited him to promote the iPhone 13 Pro cameras.

In addition to the short film, Apple also shared a three-minute making-of video of the South Korean short. One of the key features of the iPhone 13 lineup, which is Cinematic Mode, was used extensively for filming “Life is But a Dream,” as well as the enhancements made to capture video in low light conditions.

You can watch both videos below, or on Apple’s official YouTube channel.