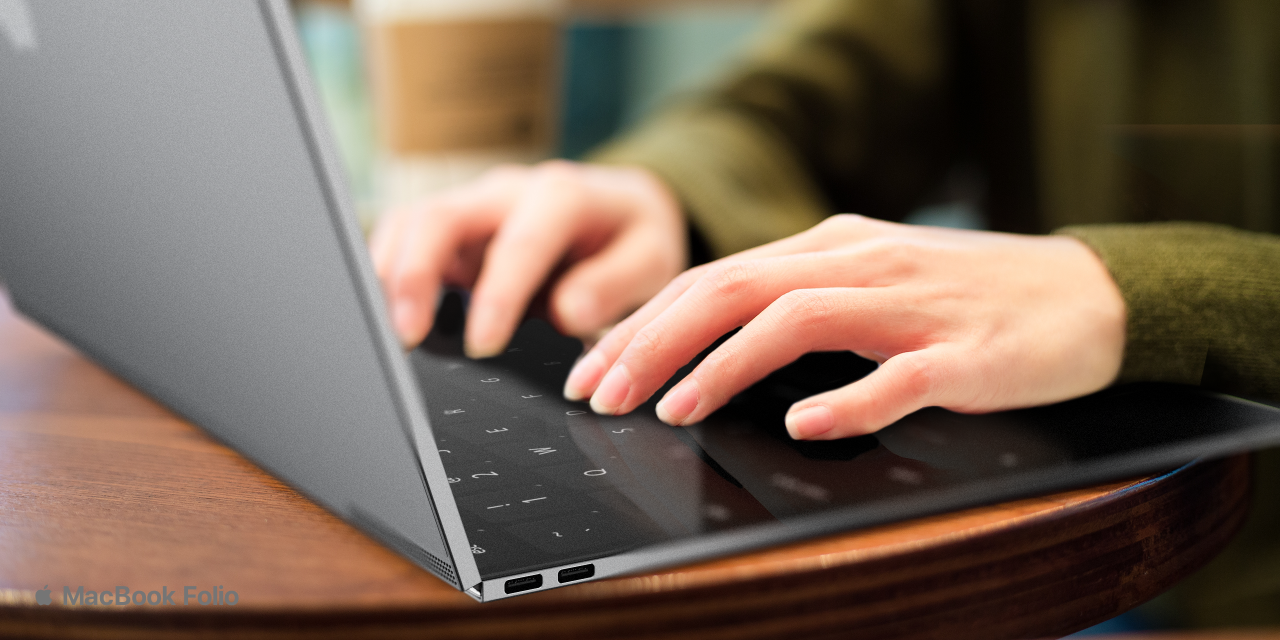 We had two reports last week suggesting that Apple is working on some kind of foldable MacBook display. Designer Antonio De Rosa has created a set of renders – and a video – with his take on what such a device might look like.

Both reports came from reliable sources, so it seems clear that Apple is at least playing around with this idea, though the exact nature of any eventual product isn’t totally clear …

Display analyst Ross Young pointed to what appears to be a MacBook with a virtual keyboard, which can then unfold into a larger monitor when used with an external keyboard.

We are now showing Apple in our roadmap for foldable notebooks. We hear there is interest at the largest size yet, around 20.x”. This size could create a new category for Apple and would result in a true dual use product, a notebook with a full-size keyboard when folded and for use as a monitor when not folded and used with an external keyboard.

Bloomberg’s Mark Gurman echoed this idea but suggested that it could be a hybrid MacBook/iPad.

I’m told Apple has indeed been exploring a dual-screen, foldable MacBook/iPad hybrid that would take the second approach. It would trade in the physical keyboard and trackpad for a fully touch-screen base.

De Rosa’s take has a physical trackpad with virtual keyboard. In folded form, it doesn’t look too different to today’s MacBooks, but for a wider aspect ratio.

When opened, we get something that still looks very much like a conventional MacBook, but the keyboard is a virtual one on the lower section of the folded display.

The virtual keyboard means that it could offer users a choice of styles, and indeed be used for completely different purposes by different apps.

As well as the full display being available if used as a giant iPad, or with an external keyboard.

Check out the video below, and more images over at De Rosa’s site.

I have some thoughts on this, which I’ll share later, but what are your reactions? Could you see Apple making something like this? Would you be interested personally? Please share your thoughts on the foldable MacBook display in the comments.