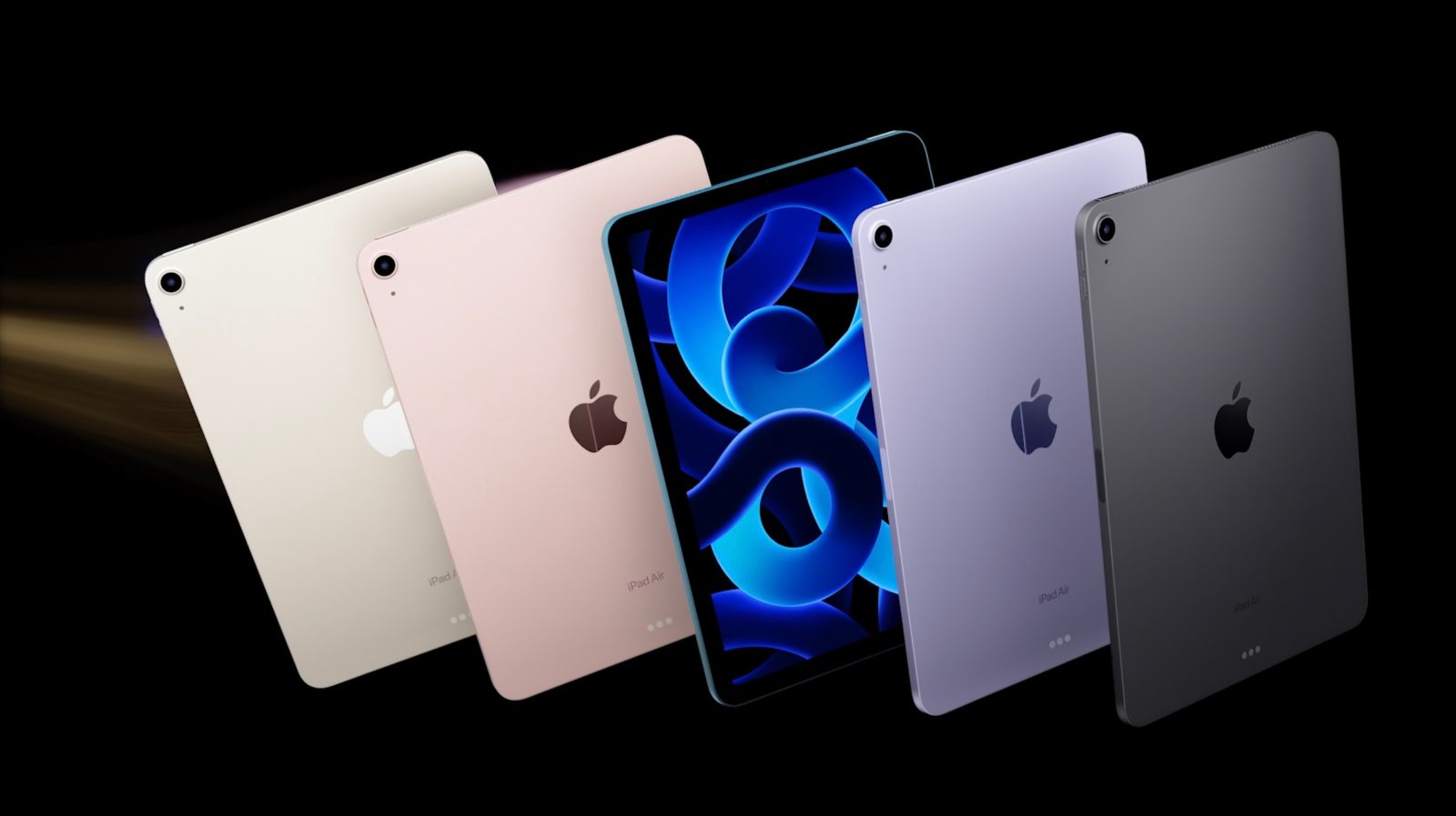 After being announced at the “Peek Performance” event on Tuesday, the iPad Air 5 is now available for pre-order with prices starting at $599. Shoppers can choose either 64GB or 256GB of storage and the option to have Wi-Fi and 5G Cellular or Wi-Fi only. The first pre-orders will arrive Friday March 18 and will be available in Apple Stores the same day.

The fifth-generation iPad Air is available in five different colors: space grey, pink, purple, starlight, and blue. It has the same look as the fourth-generation device with a liquid retina display and a 100% aluminum enclosure.

This new iPad Air has notable camera improvements. It features a 12MP Ultra Wide front camera with Center Stage capabilities. Now powered by the M1 chip, the iPad Air 5 has a 60% performance increase with 2x faster graphics. And, it charges via USB-C, now 2x faster than before.

Here are some accessories you may like for your new iPad Air:

With the iPad Air 5’s updates being similar to an iPad Pro, it can be a tricky decision to know which iPad is best for you. If you are trying to decide between the two, check out our in-depth comparison here:

Were you able to successfully pre-order an iPad Air 5? If so, what color did you choose? Let us know your experience.